Climate change could spike wars over natural resources in the not-so-distant future, as projected by many experts in the scientific community.

All around the world, shortages of food and water are devastating communities, and the situation is just getting worse over the years.

Although most of our planet's surface is water, only 3% of all water is freshwater (Source). 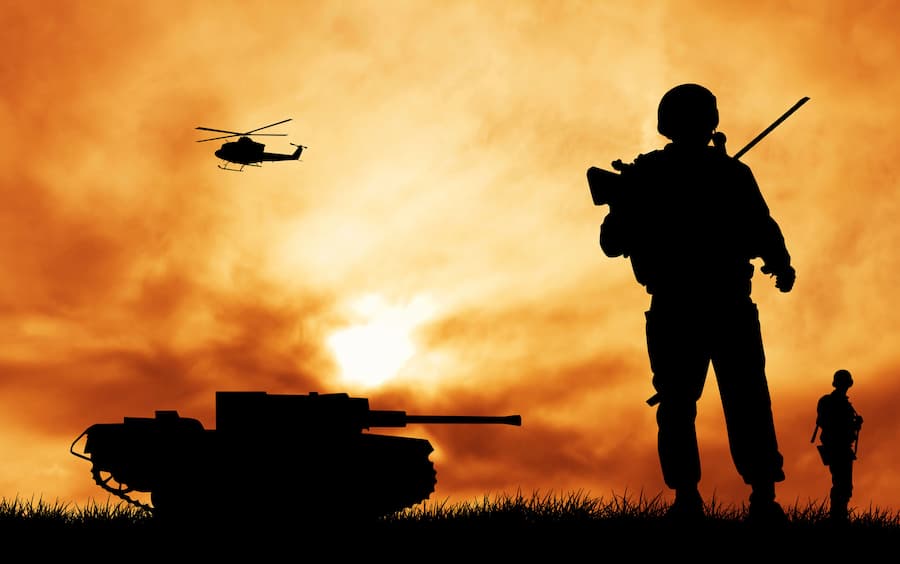 What are the Causes?

The surge of heat waves, droughts, wildfires, hurricanes, tornadoes, and dust storms are unleashing much destruction across the globe.

In addition to rising sea levels, desertification, and the increase of diseases such as malaria, dengue fever, and salmonella, this will cause many people to lose their homes and thus become environmental refugees.

As time goes on, supplies of food and water will become increasingly threatened. For instance, just the melting of glaciers could reduce water supplies significantly as they provide almost 69% of the world's freshwater (Source).

On top of that, shrinking lakes are making water inaccessible to millions of people.

Simultaneously, the human population is rising, and many other sources of water are being contaminated or mismanaged. 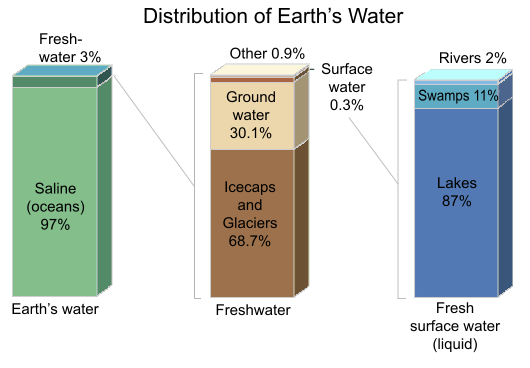 People Are Getting Desperate

These problems are restricting people's ability to obtain their basic human rights (food, water, and shelter). They will turn many areas into war zones, causing people and entire communities to be in grave danger.

When people are placed in such a dire situation, they become desperate, and fighting will ensue.

In the face of death, people will not simply give up; they will do whatever they can to survive.

"Growing global demand for water is already creating tensions – among communities, between farmers and city dwellers, between people and governments. Tensions are expected to increase as water scarcity becomes a reality for more people. According to the UN, as many as 5 billion people could experience water shortages by 2050" (Source).

In a Ted Talk, Al Gore mentioned how a major drought in Syria between 2006 and 2010 turned 60% of Syria's fertile land into desert, killed 80% of the livestock and caused 1.5 million climate refugees to enter crowded cities in Syria which exacerbated the conflict there (Source).

In that same Ted Talk, it is stated that the U.S. Department of Defense reported that climate change "will likely lead to food and water shortages, pandemic disease, disputes over refugees and resources, and destruction by natural disasters in regions across the globe" (Source). 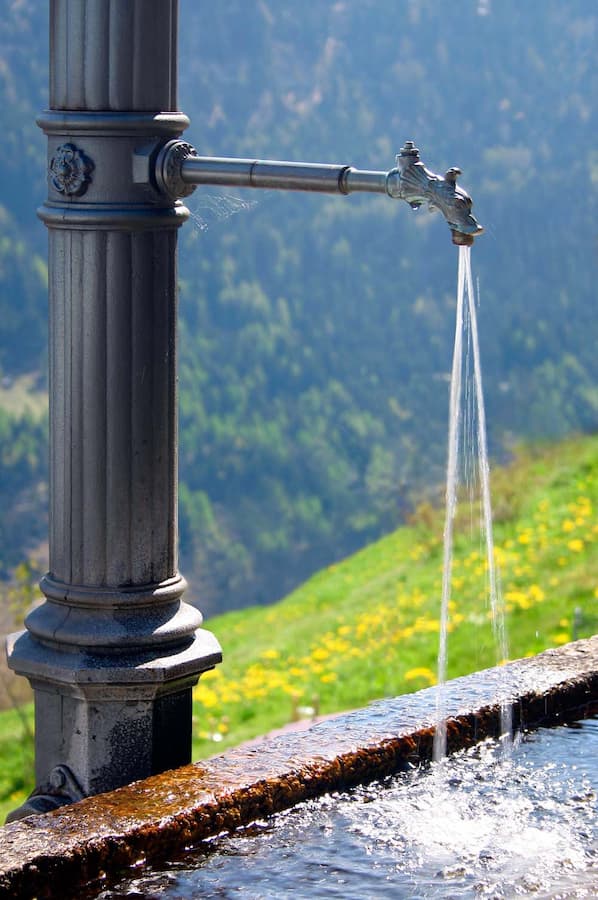 Countries have diverted rivers into their borders and away from their neighbours.

Today, many rivers are being diverted for hydroelectric dams, industries, or irrigation projects.

These rivers feed lakes, and hence many lakes have significantly reduced in size.

Besides, since the rivers of one country could flow into a lake of another, this causes much international tension. 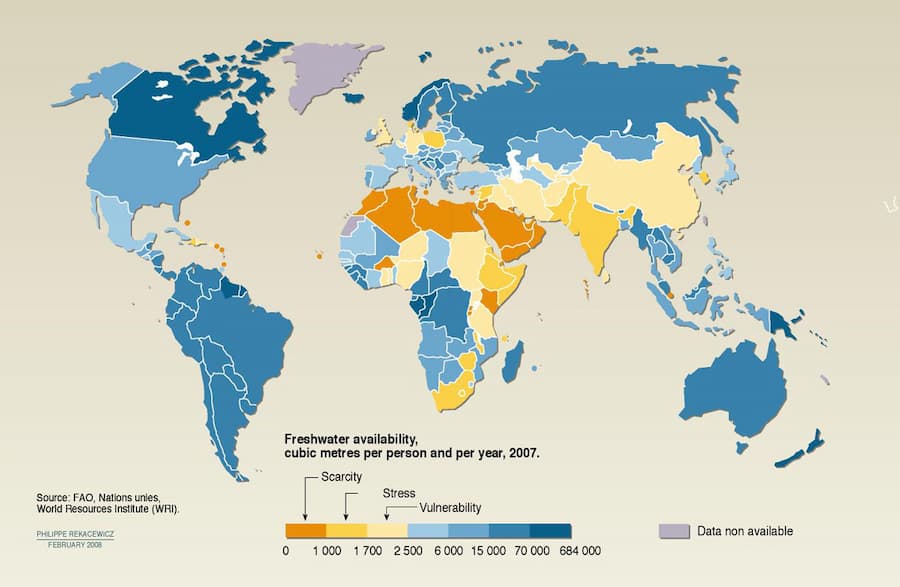 The Aral Sea used to be one of the four largest lakes in the world, with a surface area of about 68,000 square kilometres, roughly 26,300 square miles (Source).

Since the 1960s, it has decreased in size due to Soviet irrigation projects. By 1997, it shrunk to about 10% or less of its former size. This is actually considered one of the world's worst environmental disasters ever (Source).

What remains of the lake is also heavily polluted. Now, many communities in Kazakhstan are facing critical public health problems (Source).

Furthermore, the retreat of this lake has caused summers to become hotter and drier, and winters colder (Source).

As one country loses freshwater due to another, tension rises and wars over natural resources could result. 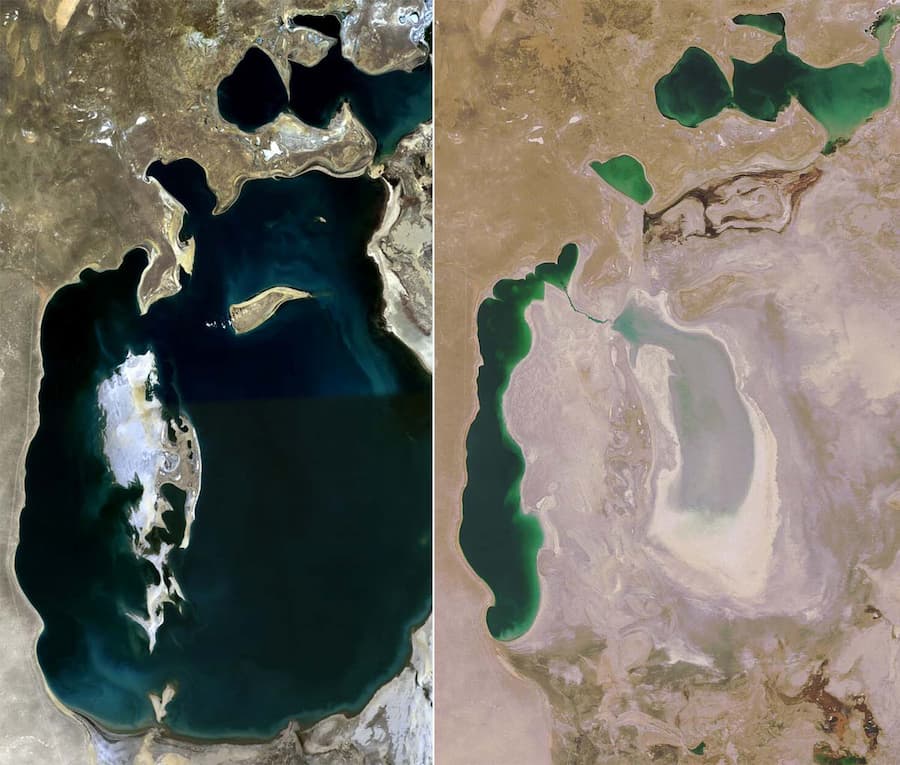 Currently, water scarcity is affecting every continent. In fact, nearly 1.2 billion people, approximately 1/5 of the world's population, are living in areas of physical scarcity (Source).

Moreover, another 500 million people are approaching this situation (Source).

In addition, another 1.6 billion people, about one-quarter of the world's population, are currently facing economic water shortage. In other words, their countries lack the required infrastructure to move water from rivers and aquifers (Source).

"Water scarcity is both a natural and a human-made phenomenon. There is enough freshwater on the planet for seven billion people but it is distributed unevenly and too much of it is wasted, polluted and unsustainably managed" (Source).

"All are places where shortages of water contribute to poverty. They cause social hardship and impede development. They create tensions in conflict-prone regions. Too often, where we need water we find guns. [...] There is still enough water for all of us - but only so long as we keep it clean, use it more wisely, and share it fairly"

"With the existing climate change scenario, almost half the world's population will be living in areas of high water stress by 2030, including between 75 million and 250 million people in Africa. In addition, water scarcity in some arid and semi-arid places will displace between 24 million and 700 million people" (Source). 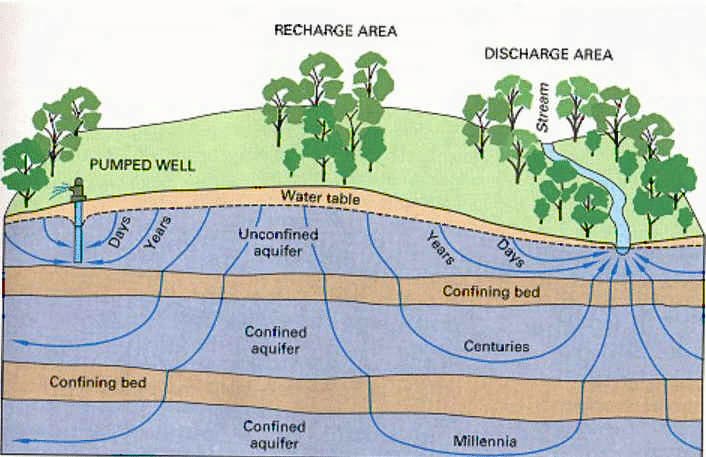 In recent decades, wars have been fought for oil or other resources.

Wars over natural resources are no novelty. In the past, many battles have been fought in order to obtain goods from colonies, such as sugar or spices.

In the future, however, these wars will likely be replaced by wars for freshwater. In the distant future, wars may even be fought for arable land.

In truth, the planet has enough water to support the entire human population, but much water is wasted, contaminated or managed in an unsustainable way.

We must do what we can to not only help stop climate change but to preserve our water for current as well as future generations.

We also need to keep in mind that conflicts could arise from vast amounts of climate refugees. In fact, there could also be over a billion refugees by 2070 (Source).

Needless to say, we must also preserve our other natural resources, and ought to do our best to stop desertification, ocean acidification, and etc.

If we don't, wars over natural resources, along with the other effects of climate change, could bring an end to human civilization itself. 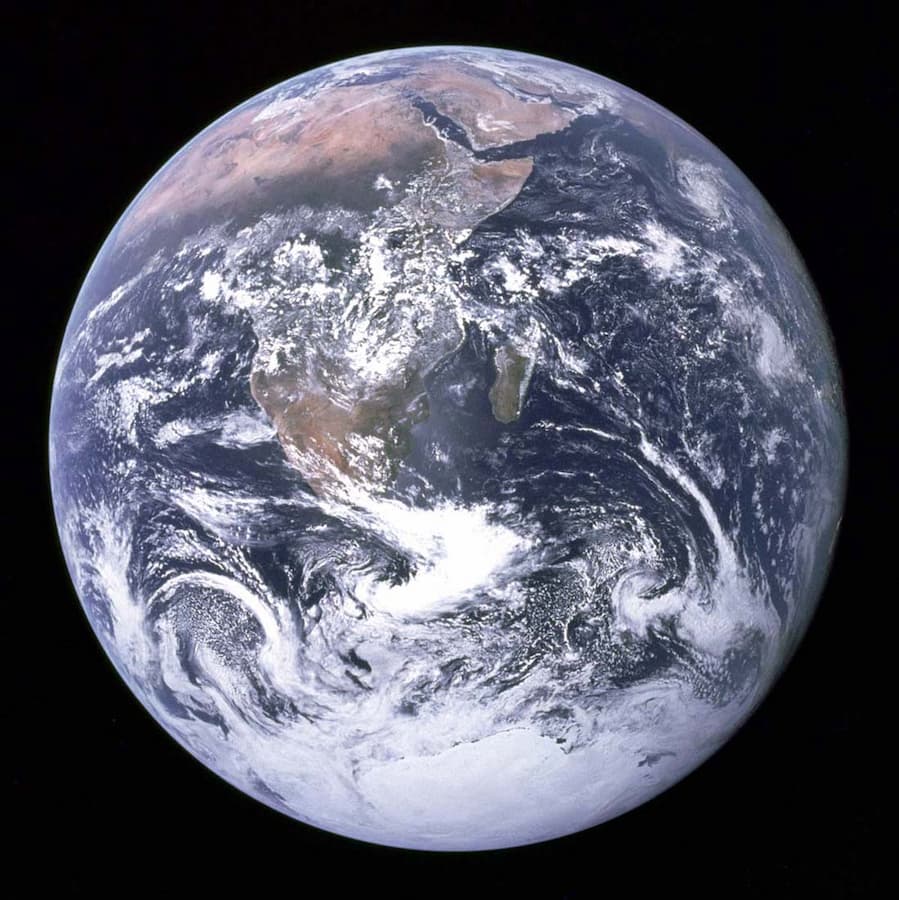