Ocean acidification is a consequence of human-induced carbon pollution from fossil fuels. Oceans absorb carbon dioxide from the atmosphere, and due to its increased concentration, oceans are rapidly acidifying.

Oceans absorb up to 30% of global carbon dioxide emissions, offsetting the overall warming of the planet. Water in the ocean and carbon dioxide combine to form carbonic acid (H2CO3) (Source).

"More than 90 percent of the excess energy accumulating in the atmosphere goes into the ocean" (Source). “The change of pH - the measure of how acidic the sea actually is - reduces the ability of marine organisms such as mussels and crustacea to form shells and corals to grow branches, affecting their life, growth and reproduction” (Source).

According to the Environmental Protection Agency, since the pre-industrial era, ocean acidity has increased by about 25%. EPA, on its website, states, “marine plants and animals may not have time to adapt or migrate as they did in the past to cope with changes to ocean chemistry over the history of the Earth” (Source).

However, according to the NOAA, the pH of ocean surface waters has decreased by 0.1, which constitutes an increase of 30% in acidity since the pH scale is logarithmic. Also, the NOAA states that the current ocean pH is 8.1 (Source).

Also, from the NOAA, "Ocean acidification is currently affecting the entire ocean, including coastal estuaries and waterways. Billions of people worldwide rely on food from the ocean as their primary source of protein. Many jobs and economies in the U.S. and around the world depend on the fish and shellfish that live in the ocean" (Source). Ocean acidification is one of the key factors affecting the growth of coral reefs. Other factors include warming, pollution and over-fishing (Source).

Over-stressed by the changing temperatures, light, or nutrients, corals lose their colour and turn white (Source). 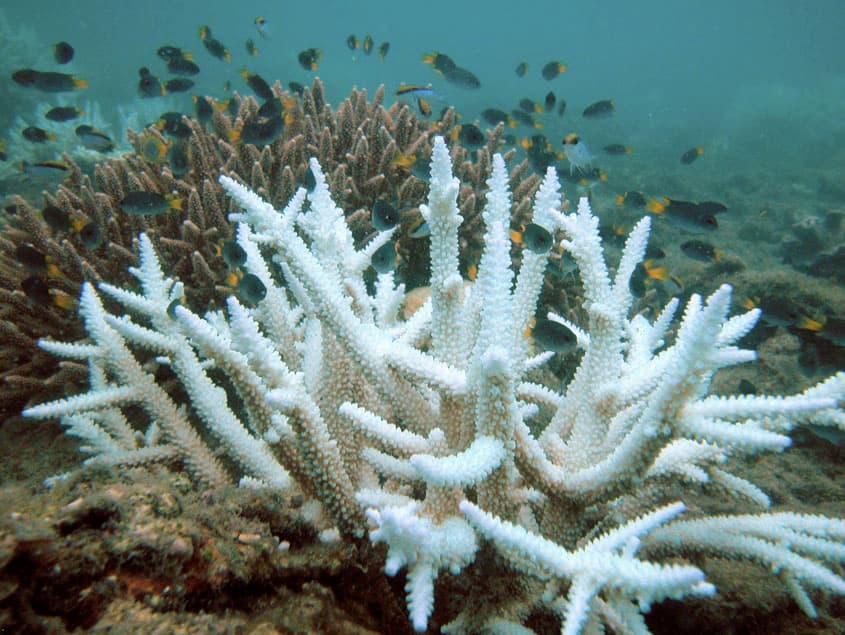 Corals live atop a bed of calcium carbonate secreted by tiny corals. Single-celled algae live within these corals and supply food to corals. Warmer sea temperature leads to white syndrome, a deadly disease that results in corals expelling the algae and losing its colour (Source).

Molluscs and creatures such as crabs and lobsters are dependent on calcium carbonate from corals to form their skeleton and shells (Source).

Professor Ken Caldeira said, "If we don’t take action on this issue very rapidly, coral reefs - and everything that depends on them, including both wildlife and local communities – will not survive into the next century" (Source).

A 2016 study suggests that more acidic water dissolves more calcium carbonate, which reduced its availability for corals to grow and for creatures to survive (Source).

Coral reefs support up to a third of the marine ecosystem. Reef extinction could lead to a significant ecological collapse (Source).

In a CNN article published in 2020, it states that "these devastating effects will ripple out into human societies -- almost a billion people worldwide rely on reefs as a source of food protein" (Source). 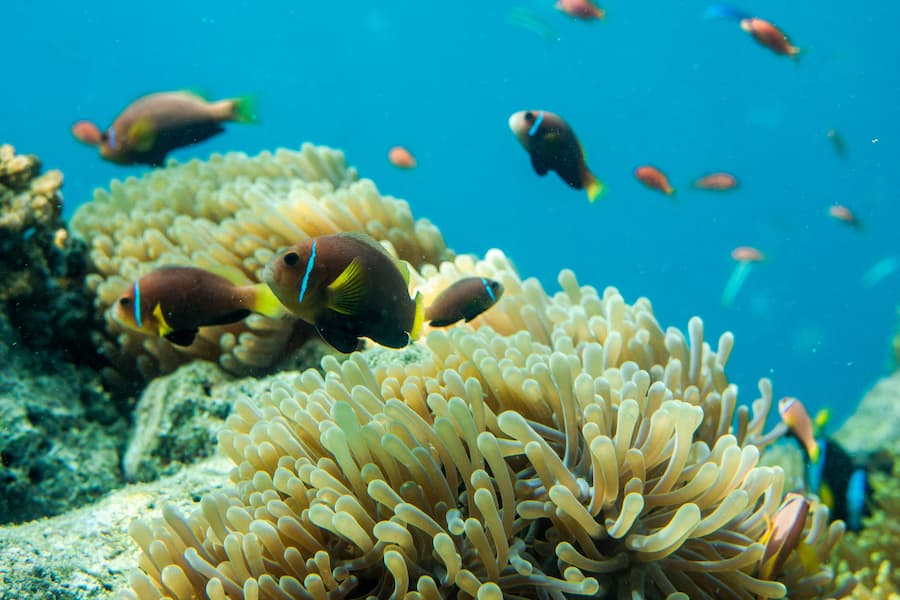 The Great Barrier Reef is a group of up to 2,900 reefs and 900 islands. These are unable to recover due to frequent bleaching events (Source).

“Marine heat waves in 2016 and 2017 killed about half of the corals on the Great Barrier Reef, along with many others around the world” (Source).

This could have consequences up the food chain. In general, warming oceans will affect sea life significantly and "The biggest animals in the oceans are going to be hit hardest" (Source).

"While warmer water is the biggest factor, climate change also produces oceans that are more acidic and have less oxygen, which also harms sea life" (Source). 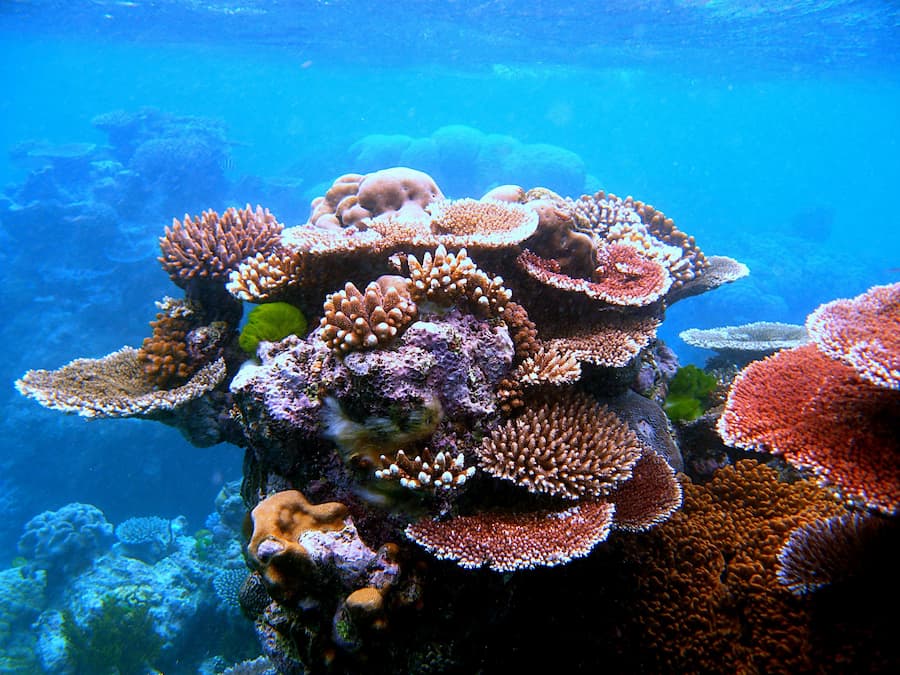 “The globe has already warmed by about 1C above pre-industrial levels, caused primarily by rising levels of greenhouse gases in the atmosphere from burning fossil fuels” (Source).

As the temperature around the world continues to grow, the risk to the marine ecosystem is even greater.

According to an article on CNN published in February 2020, “About 70-90% of all existing coral reefs are expected to disappear in the next 20 years due to warming oceans, acidic water and pollution” (Source).

According to new research, nearly all coral reefs may disappear by 2100 (Source).

Oceans are a source of food and livelihood for a large population. Julia Baum, a biology professor at the University of Victoria, states, "Climate change has the potential to cause serious new conflicts over ocean resource use and global food security, particularly as human population continues to grow this century" (Source).

According to an article published by Al Jazeera in 2020, "Deoxygenation alongside ocean warming and acidification is now seen as a major threat to ocean ecosystems and the wellbeing of people that depend on them. Coral reefs are projected to decline to 10-30 percent of former cover at 1.5C warming, and to less than 1 percent at 2C warming" (Source). 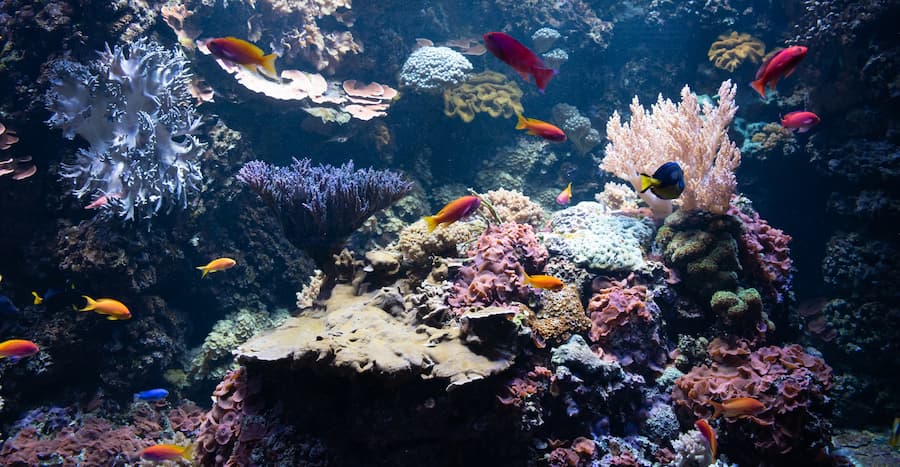 "If the world's greenhouse gas emissions stay at the present rate, that means a 17 [percent] loss of biomass — the total weight of all the marine animal life — by the year 2100" (Source).

"Estimates of future carbon dioxide levels, based on business-as-usual emission scenarios, indicate that by the end of this century the surface waters of the ocean could have a pH around 7.8 The last time the ocean pH was this low was during the middle Miocene, 14-17 million years ago. The Earth was several degrees warmer and a major extinction event was occurring" (Source).

Essentially, when you combine the consequences of ocean acidification along with the shortages of food and water, which are getting worse because of climate change, the situation is quite dire.

We must lower our greenhouse gas emissions significantly in order to reduce the worst-case scenario. By doing so, we will reduce many different effects of climate change. 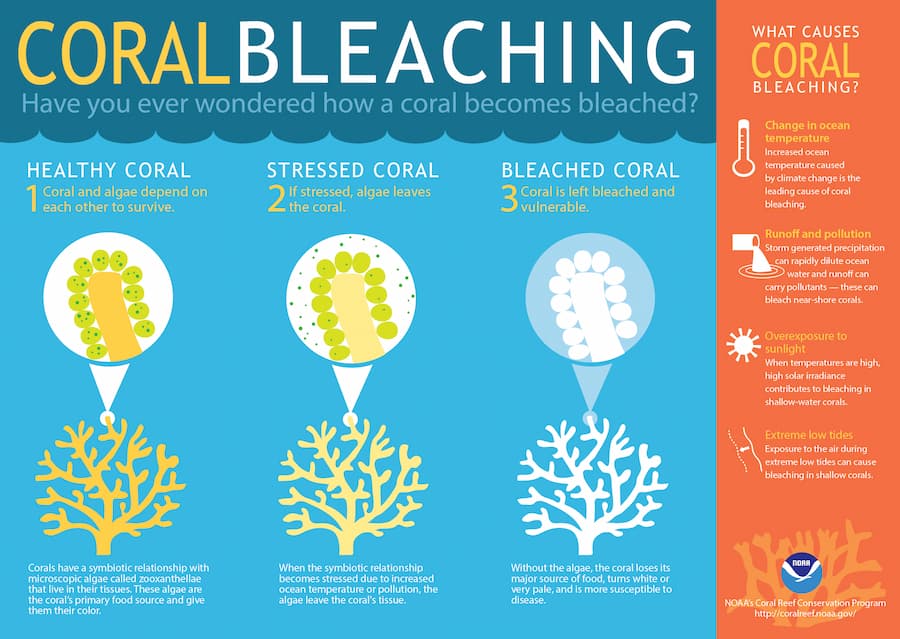