It would be interesting to note that the history of climate change dates back to the 19th century. The greenhouse effect has been well understood for more than a century. As a matter of fact, in 1859, British physicist John Tyndall made laboratory experiments that showed that carbon dioxide absorbs heat, thus warming the Earth's surface like a blanket (Source).

Charles David Keeling, an American scientist, discovered that the earth was breathing and found that the peak levels of carbon dioxide were rising every year. He recorded carbon dioxide and confirmed the possibility of the gas contributing to greenhouse effect and global warming. Keeling documented the steadily rising carbon dioxide levels, leading to the graph which has since been known as the Keeling Curve (Source).

Another one of the first scientists to bring out the issue of climate change was Jean Pierre Perraudin. He had a glacier theory according to which he felt that the presence of big granite rocks in the narrow alpine valleys was due to glaciers, which would have carried these boulders to the land. Although his hypothesis was initially rejected by many other prominent scientists, later, the famous Louis Agassiz found this hypothesis to be indeed true (Source).

Agassiz established the concept of the ice age where he laid down with proof that most parts of the world were covered with ice and glaciers during certain periods in history (Source).

By the late 1800s, Swedish scientist Svante Arrhenius tried to calculate the amount of carbon dioxide emitted in the atmosphere and tried to determine the warming effect on the planet through various means (Source).

However, the amount of carbon dioxide emitted into the atmosphere in the late 1800s was relatively low. Hence, although he proposed that the Earth would be subject to the melting of snow and glaciers, he predicted that it would take place only thousands of years later (Source). 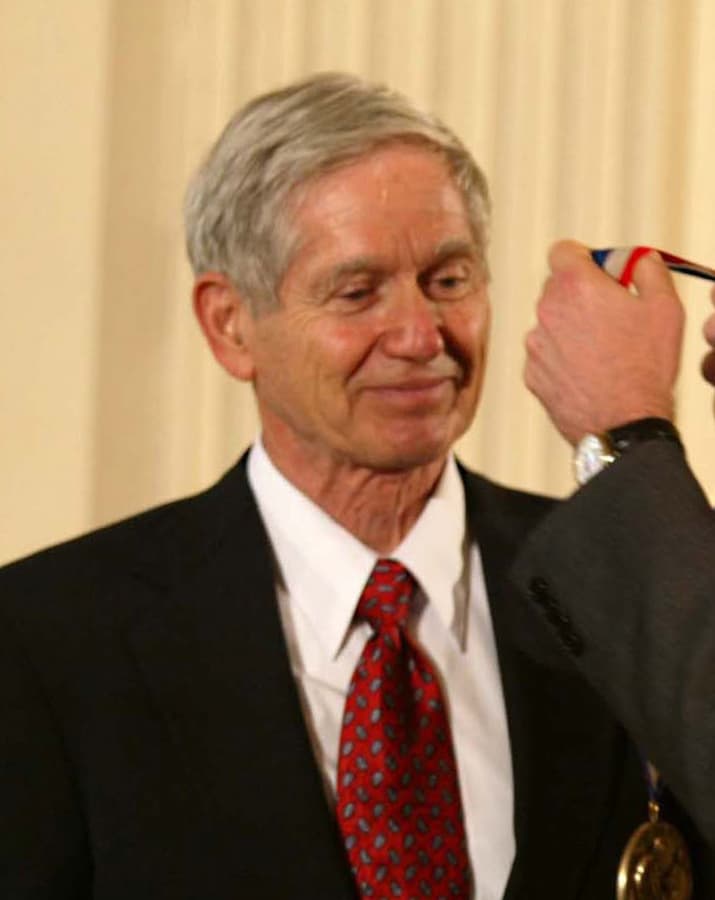 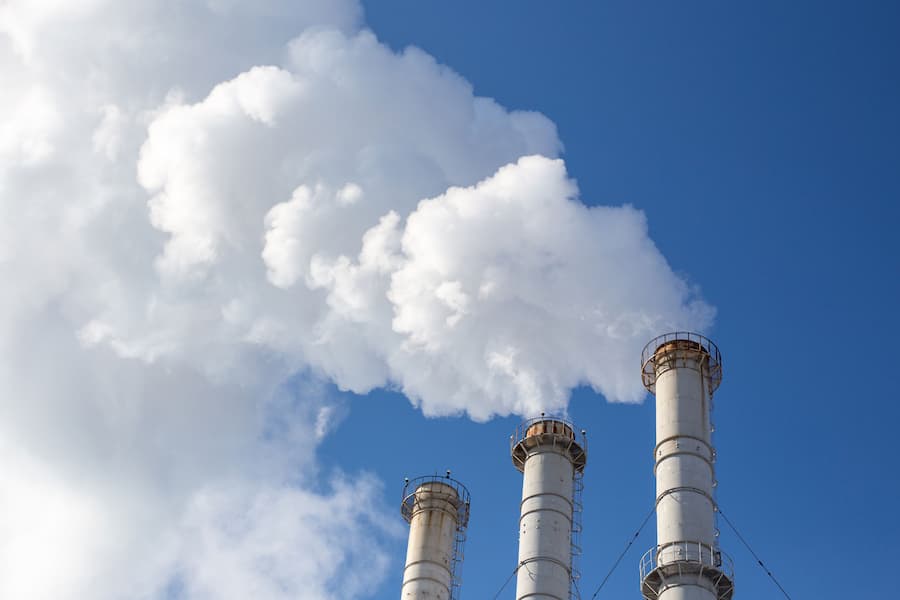 The following video gives a good summary of how long we knew about climate change:

It was during the 1980s that evident changes of global warming were seen visibly on the Earth’s surface. It was the time when people woke up to alarm bells realizing that the history of climate change was turning into a reality.

It was also this time when the damage that mankind had caused in the Earth’s atmosphere was being truly felt.

In 1988, the Intergovernmental Panel on Climate Change (IPCC) was set up by the United Nations on the request of its member countries to assess the situation of climate change on the planet in a comprehensive manner.

The main job of the IPCC is to periodically prepare diligent reports and provide comprehensive solutions to the present global warming situation and its many effects on the planet.

As awareness increased, mankind entered a new stage in the history of climate change, that of international treaties. 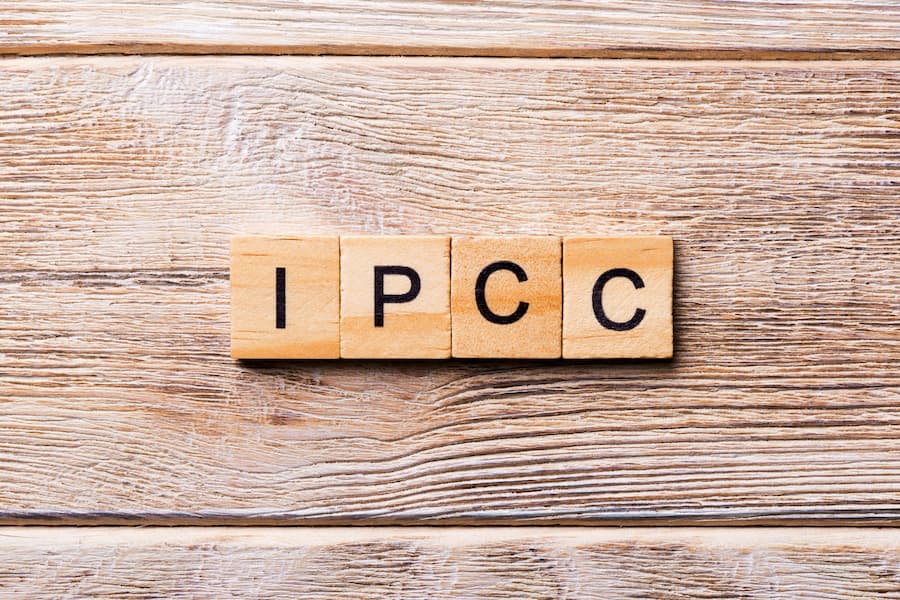 "In 1992, President George H.W. Bush joined 107 other heads of state at the Rio Earth Summit in Brazil to adopt a series of environmental agreements, including the UNFCCC framework that remains in effect today. The international treaty aimed to prevent dangerous human interference with earth’s climate systems over the long term. The pact set no limits on greenhouse gas emissions for individual countries and contained no enforcement mechanisms, but instead established a framework for international negotiations of future agreements, or protocols, to set binding emissions targets. Participating countries meet annually at a Conference of the Parties (COP) to assess their progress and continue talks on how to best tackle climate change" (Source). 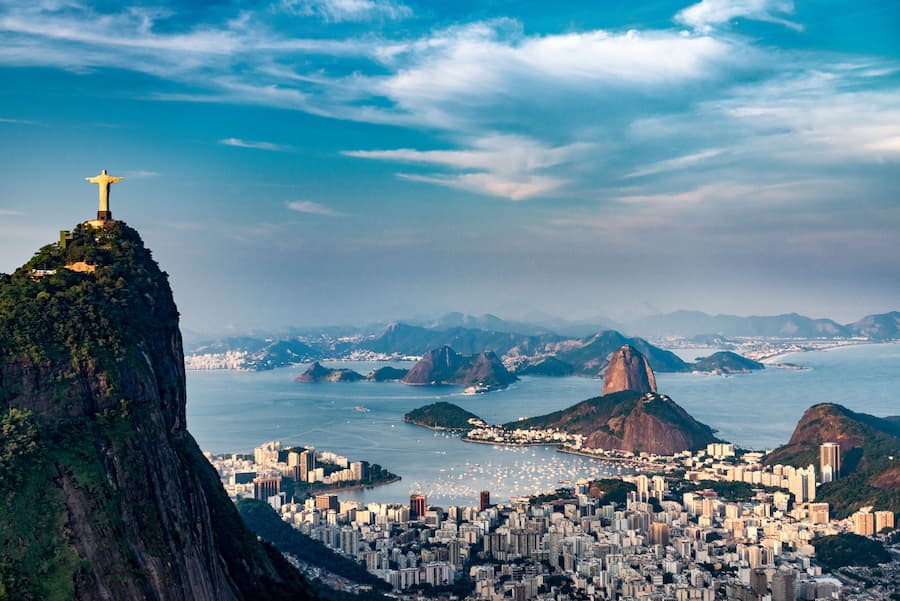 The Kyoto Protocol was an initiative of the United Nations to bring certain strict rules to be adhered to by the various economies of the world. According to this agreement, countries had to agree to control their annual emissions of greenhouse gases into the atmosphere to a strict small percentage.

The protocol, which was ratified by President Bill Clinton, called 41 countries as well as the European Union to commit to reducing the emission of six greenhouse gases to below 5.2% by the end of 2012.

To learn more about this international treaty, click here. 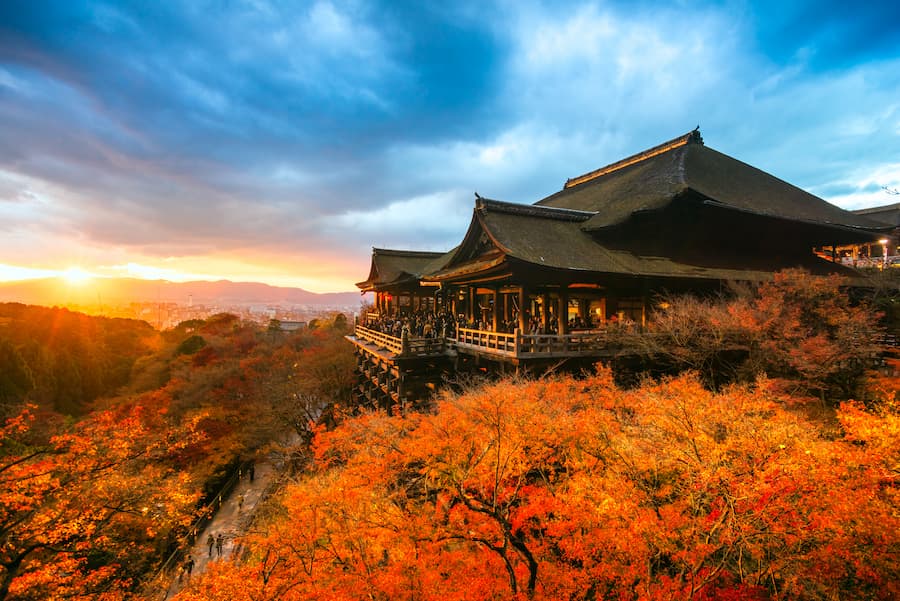 After the United States stopped the implementation of the Kyoto Protocol, the IPCC released a report on climate change, noting that global warming was getting to unprecedented levels and that it had high damaging impacts.

During the 15th session of the Conference of Parties to the United Nations Framework Convention on Climate Change, United States and the BASIC countries (China, India, South Africa, and Brazil) came up with a draft document, the Copenhagen Accord, which endorsed the continuation of the Kyoto Protocol.

The Copenhagen Accord recognized that significant reductions in greenhouse gas emissions were necessary to mitigate climate change, as demonstrated by scientists. Hence to mitigate the ravaging impacts of climate change and controlling the threat posed by global warming actions had to be taken. However, nations would only pledge on paper to the Accord, as they were not legally bound by the agreement (Source). 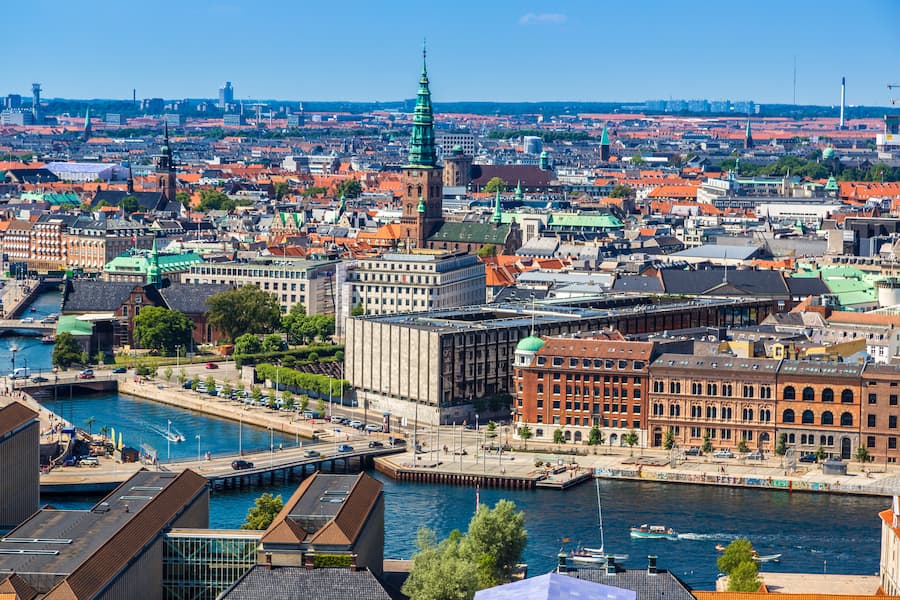 Following the failures of the previous agreements which did not work effectively, the United States and other global countries entered yet another agreement to mitigate climate change. In 2016, 197 countries signed their commitment to the Paris Climate Agreement, pledging their targets to cut down the emission of carbon from the atmosphere.

The Paris Climate Agreement was founded on the need to prevent global temperatures from rising beyond 2°C (3.6 °F). Many climate change experts noted that a warming of 2°C was a critical limit, which if breached, would increase the possibility of deadly heatwaves, droughts, and storms (Source).

The aim of the agreement was to reduce emissions within the shortest time possible, to attain a balance between the emission and the removal of the gasses from the atmosphere.

Under the Agreement, each country has the responsibility of determining, planning, and regularly reporting on the mechanisms it undertakes to mitigate global warming.

To learn more about the Paris Climate Agreement, click here. 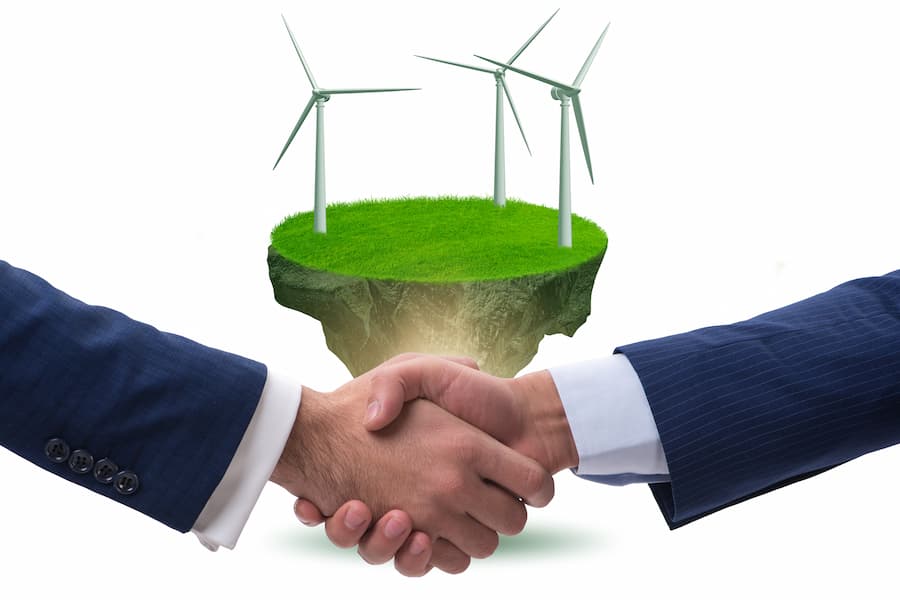 In August 2018, Greta Thunberg, a 15-year-old climate activist from Sweden began protesting in front of the Swedish Parliament holding the sign: “School Strike for Climate.” The aim of her protest was to raise awareness and pressure the country to commit to the Paris Agreement and reduce the emission of carbon. "By December 2018, more than 20,000 students around the world had joined her in countries including Australia, the UK, Belgium, the US and Japan" (Source).

By March 2019, Thunberg was nominated for a Nobel Peace Prize, and would later participate in the United Nations Climate Summit in New York City in August of 2019. In a show of commitment to her awareness drive, she took a boat across the Atlantic instead of flying to the United States to reduce her carbon footprint (Source).

During the UN Climate Action Summit in the United States, it was further reinforced that 1.5℃ is the socially, economically, politically, and scientifically safe limit to effectively control global warming by the end of this century. A deadline of 2050 was set for countries to achieve net-zero emissions (Source). 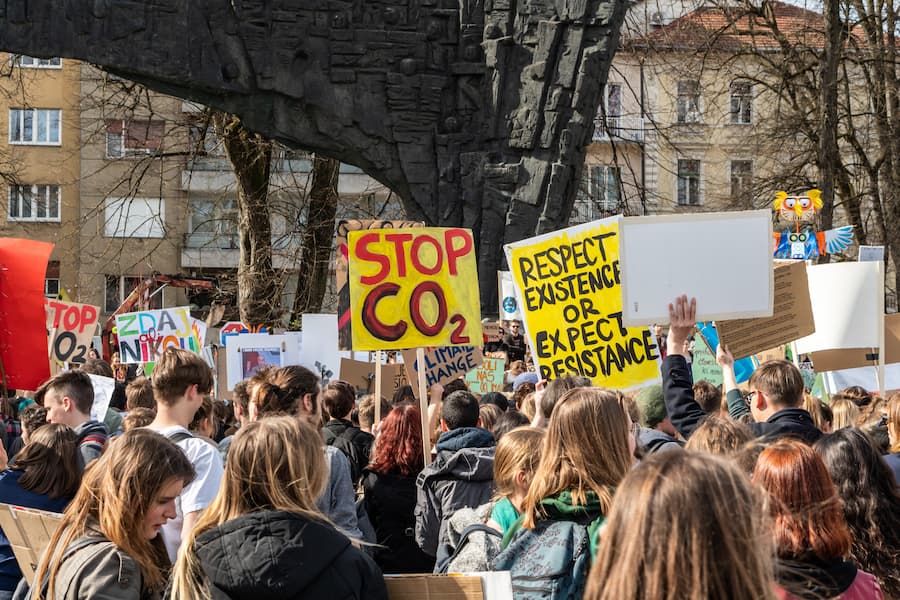 During the same period, the temperatures of the earth changed significantly. There have been more factories and increased burning of fossil fuels leading to increased impacts of global warming, which have raised the global temperatures. Ever since the earth has warmed to about 1° C (1.8° F). This figure is critical, as it is closer to the targets of 1.5° established by the United Nations Framework Convention on Climate Change (UNFCCC). 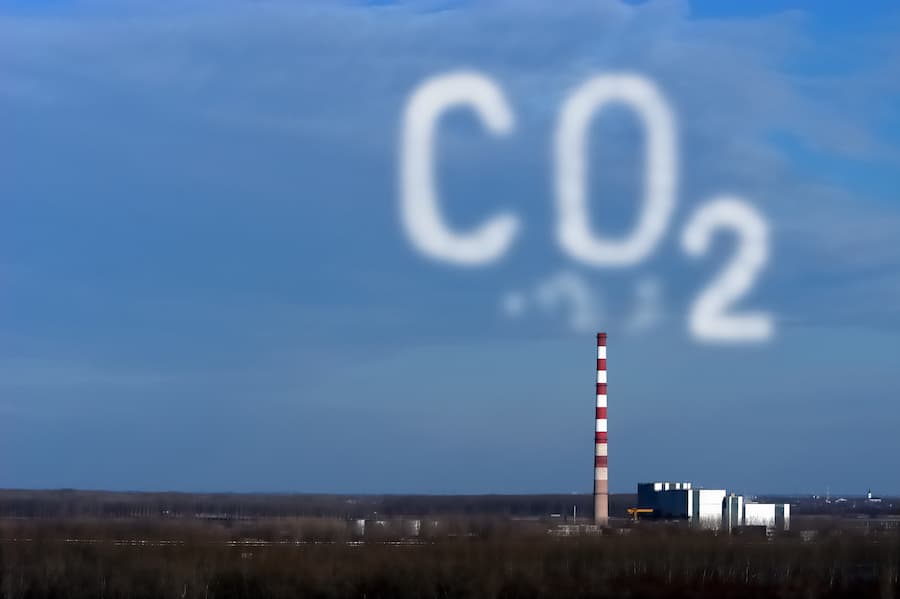 Although the governments of the world are starting to mitigate climate change, it remains unfortunately insufficient.

One of the things we ought to learn from the history of climate change is that we cannot leave it to governments to take action. Along with the measures taken, it is the responsibility of every citizen in every country to ensure that they undertake all necessary measures to reduce their contribution to global warming.

We must all arise against any laxity and misinformation against climate change. Different organizations have been funded by global corporations to deny the reality of climate change.

Failure to spread this awareness will reminisce the tragedy that has befallen many citizens with regard to the use of tobacco. As a result, over 100 million have died in the previous century from tobacco-related disease (watch the video below for more information).