Greta Thunberg is blessed with an incredible ability to understand climate science and humanity's effects on the state of our planet. She boldly believes in her power to make a difference and influence the world by championing for the protection of the environment.

Since her protests, she has inspired many in different ways, both the old, and the young, challenging them to take up the initiative and make the world a better place to live.

Greta Thunberg’s activism towards climate change began at a young age when she was curious on the attention given to climate change. At a young age, she challenged her parents to reduce the level of carbon footprint of the family to protect her future. The response from her parents gave her hope that she could make a difference (Source). 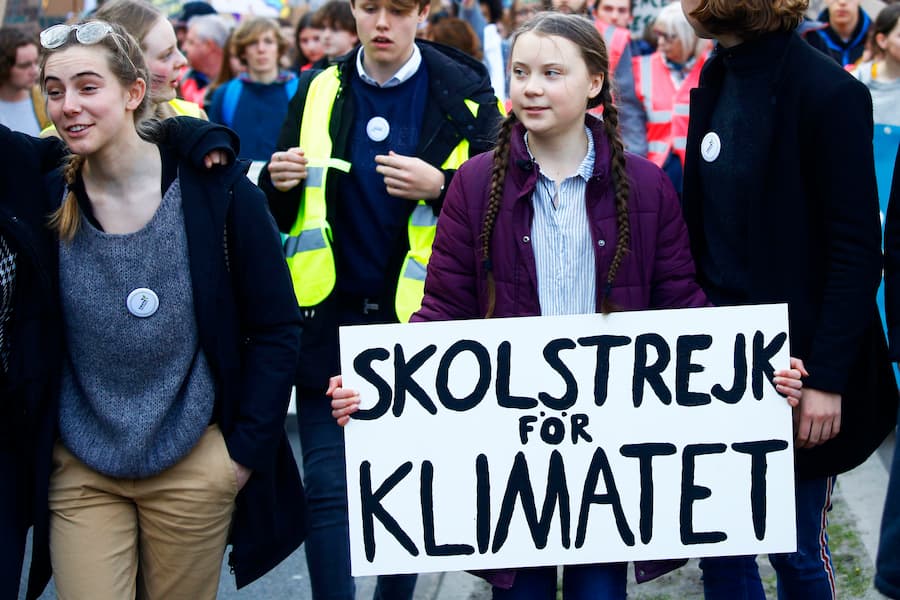 Strike at the Swedish Parliament Building

In May 2018, at the age of 15, Greta Thunberg won a climate change essay competition for a local newspaper (Source).

Her move to lead the strikes was motivated by the school shootings in the United States when students refused to go back to school. On Fridays, she could miss school and sit outside the Swedish Parliament building, where she demanded that the Swedish government adheres to the Paris Agreement by reducing carbon emissions (Source). 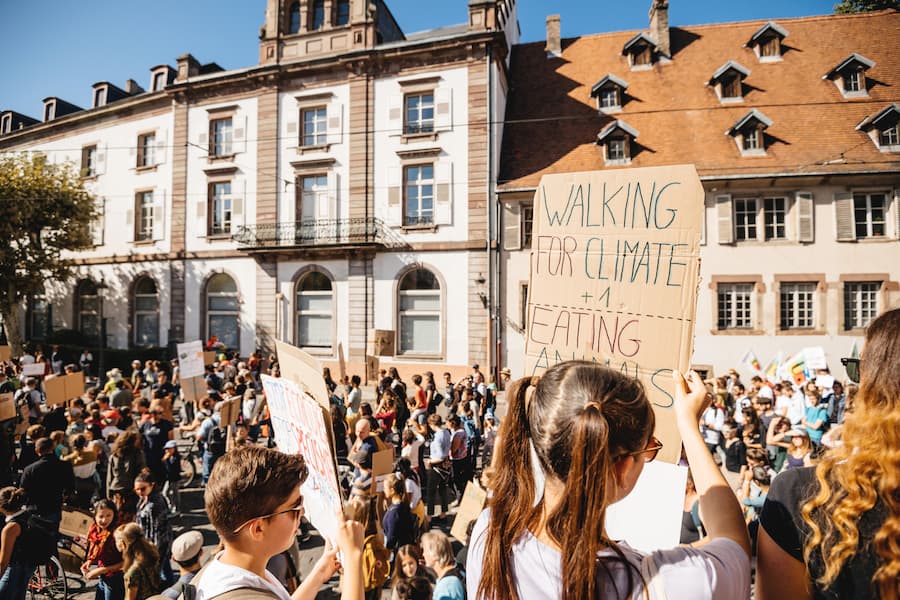 Shortly after joining social media (Instagram and Twitter), Thunberg was quickly followed by other activists. She gained public attention and within a short period, her profile was an interest to many, earning her international coverage. She continued to mobilize her growing audience, and inspired other students to take part in strikes. In December 2018, over 20,000 students took part in strikes, held in at least 270 cities (Source).

“Since our leaders are behaving like children, we will have to take the responsibility they should have taken long ago,” Greta said. “We have to understand what the older generation has dealt to us, what mess they have created that we have to clean up and live with. We have to make our voices heard" (Source).

In an article from the Guardian it states, "The Thunbergs are descendants of Svante Arrhenius, the Nobel-prize-winning scientist who in 1896 first calculated the greenhouse effect caused by carbon dioxide emissions. Thunberg’s father was named after him, and said much of Arrhenius’s work has stood the test of time, but not everything. 'He thought we’d be [at today’s levels of warming] in 2,000 years’ time,' said Svante Thunberg" (Source). 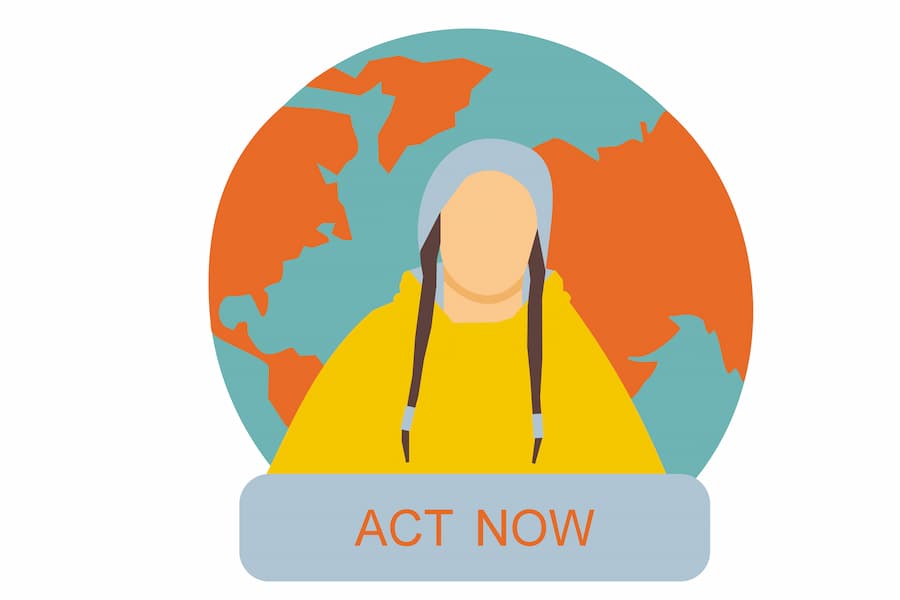 Thunberg has spoken at various forums and parliaments regarding climate change. During the plenary session of the 2018 United Nations Climate Change Conference (COP24), she noted that the world leaders at the meeting were not mature enough to tell the real story of climate change. In January 2019, she attended the World Economic Forum and remarked that “Our house is on fire” (Source).

In January 2020, she spoke at an event hosted by The New York Times and the World Economic Forum. Towards the end of the speak she stated, "Our house is still on fire. Your inaction is fueling the flames by the hour. And we are telling you to act as if you loved your children above all else" (Source).

She has also addressed the British, European, and French parliaments (Source).

In the case of the French parliament where she and other children were invited to speak, conservative Republicans and far-right National Rally boycotted her speech, noting that they did not want “…gurus of the apocalypse.” During the speech, Thunberg stood her ground and demanded an urgent action from governments in the quest to curb carbon emissions (Source).

In August 2019, Thunberg travelled to the United States for the United Nations Climate Action Summit. She was invited by the US House Select Committee to give a testimony on the Climate Crisis. She did not travel by plane; rather, she sailed across the Atlantic Ocean through a yacht, which was fitted with solar panels and underwater turbines (Source).

The opinion that Thunberg has is that the world is faced with an existential crisis and people are responsible for the climate change problem. Greta gave a TED Talk regarding climate change in 2018 (TEDxStockholm). Thunberg noted that failure to act accordingly now would affect the current and future generations (Source). 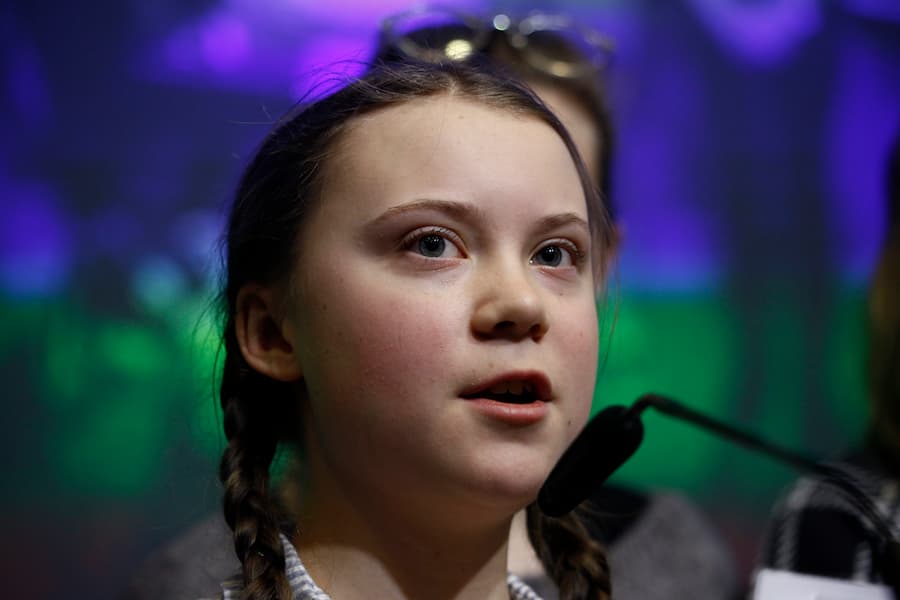 An Inspiration to Many

Greta Thunberg serves as an example that many of us ought to follow in conserving the environment by reducing the carbon footprint in our families and cutting down carbon emissions. While we all cannot be activists like her, we can partake in her drive and adopt mechanisms or measures that will contribute to the significant reduction of carbon pollution into the atmosphere.

In 2019, she was chosen as Time magazine's Person of the Year and was also nominated for the Nobel Peace Prize (Source).

You can also see her Ted talk here: 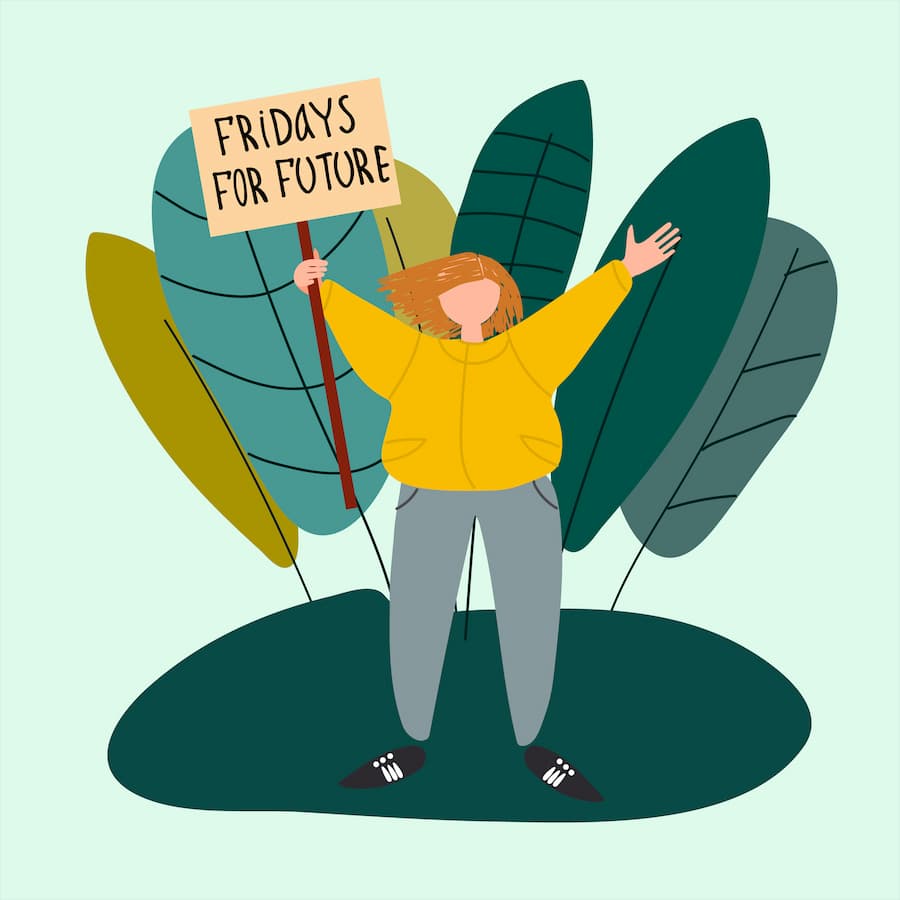