It is a successor to the Copenhagen Accord and the Kyoto Protocol. 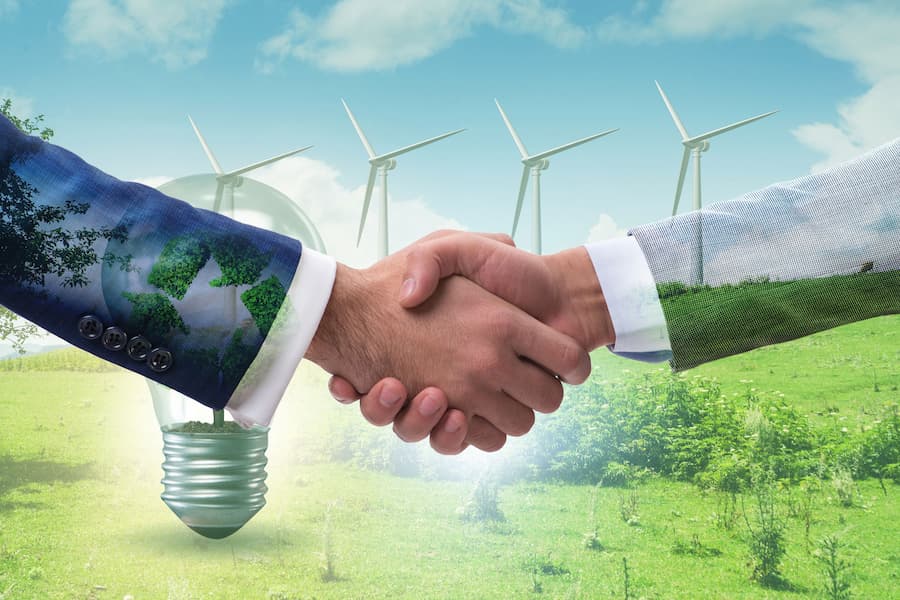 What is the Paris Climate Agreement?

"The Paris Agreement is a legally binding international treaty on climate change. It was adopted by 196 Parties at COP 21 in Paris, on 12 December 2015 and entered into force on 4 November 2016. Its goal is to limit global warming to well below 2, preferably to 1.5 degrees Celsius, compared to pre-industrial levels" (Source).

In order to accomplish this goal, countries are aiming to reach global peaking of greenhouse gases as quickly as possible and achieve a climate neutral world by 2050.

The Paris Climate Agreement is a landmark "in the multilateral climate change process because, for the first time, a binding agreement brings all nations into a common cause to undertake ambitious efforts to combat climate change and adapt to its effects" (Source). 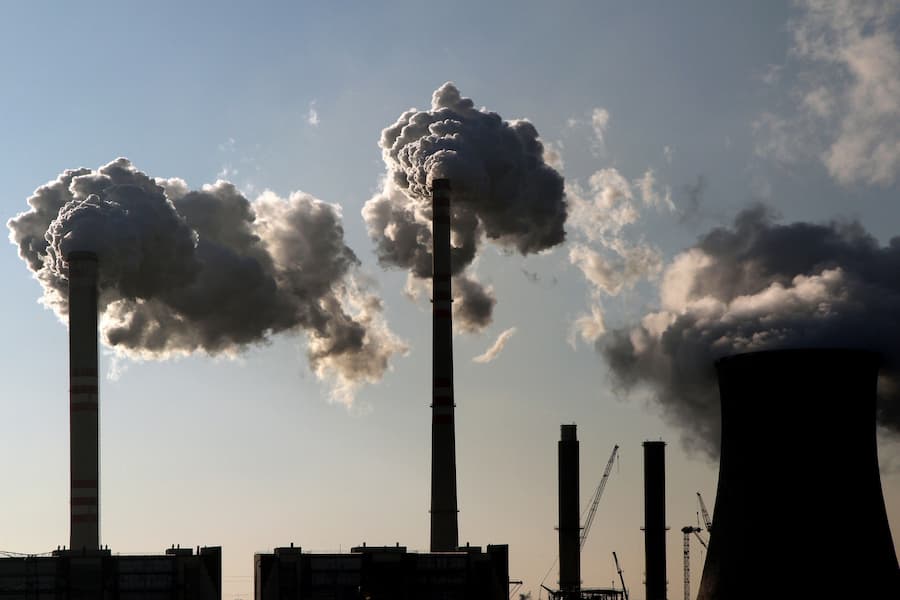 How Does it Work?

In their NDCs, countries will mention the actions they are taking to reduce greenhouse gas emissions as well as how they will build resilience to adapt to climate change.

"LT-LEDS provide the long-term horizon to the NDCs. Unlike NDCs, they are not mandatory. Nevertheless, they place the NDCs into the context of countries’ long-term planning and development priorities, providing a vision and direction for future development" (Source). 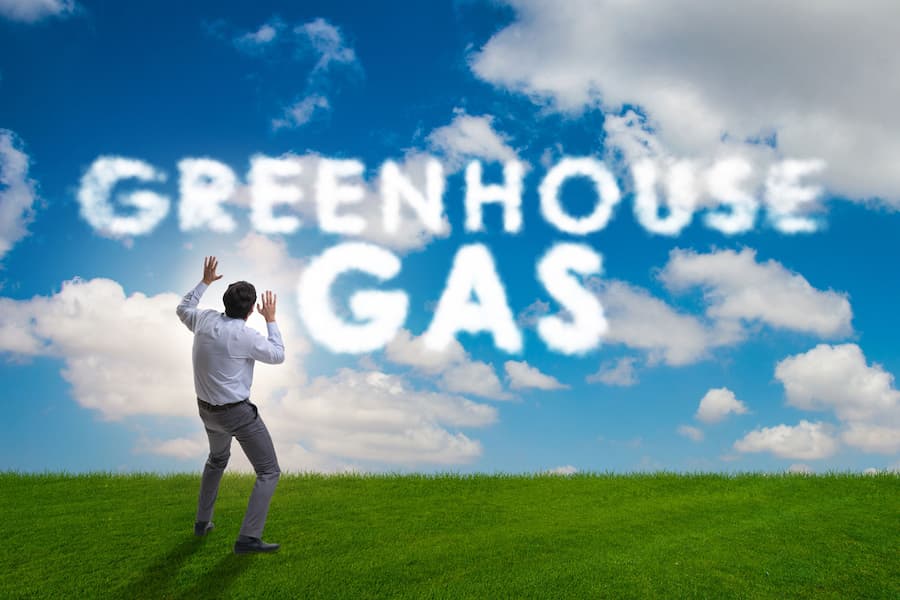 Countries Supporting Each Other

Developed countries took the lead in providing financial aid to countries requiring it for climate change mitigation and adaptation.

The Paris Agreement recognized that many developing countries and small islands that have contributed the least to the climate crisis may suffer the most from its consequences.

"The Paris Agreement builds on the financial commitments of the 2009 Copenhagen Accord, which aimed to scale up public and private climate finance for developing nations to $100 billion a year by 2020. The Copenhagen pact also created the Green Climate Fund to help mobilize transformational private finance using targeted public dollars. The Paris Agreement established the expectation that the world would set a higher annual goal by 2025 to build on the $100 billion target for 2020 and would put mechanisms in place to achieve that scaling up. Unfortunately, collective contributions continue to fall short, reaching approximately $79 billion in 2019" (Source). 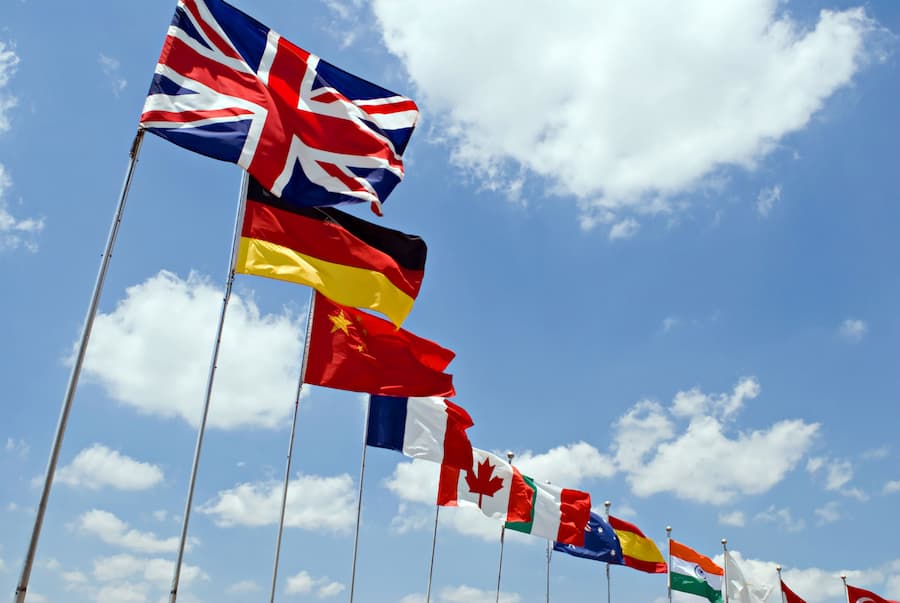 President Barack Obama entered the United States into the Paris Climate Agreement. However, Donald Trump, a climate denier who once claimed climate change was a hoax, announced in June 2017 that the country would withdraw from the Paris Climate Accord..

The U.S. officially withdrew on November 4, 2020, the earliest possible date under the agreement and the day after the 2020 presidential election. Unfortunately, the Trump administration also dismantled decades of environmental policy during its tenure.

Fortunately, President Joe Biden's made an executive order in his first day of office to rejoin the Paris Climate Agreement. The United States officially rejoined on February 19, 2021.

However, it should be pointed out that despite a lack of leadership on the federal level during the Trump administration there was action on the city and state level across the country.

From the Natural Resources Defense Council, "This new era of U.S. climate leadership represents our last, best chance to course-correct in the global race to tackle climate change. In fact, the Biden’s climate plan is the most comprehensive ever undertaken by a U.S. president—and he intends to rally international leaders to cut emissions even more aggressively than under the goals of the Paris Agreement. As Biden and Vice President Harris fight to pull the nation out of the grip of the COVID-19 pandemic, they can do so in ways that support climate justice and a clean energy economy" (Source).

Notably, the United States (as of 2021 the largest historical emitter and second-biggest emitter after China) committed to reduce greenhouse gas emissions by 26 to 28 percent below 2005 levels by 2025 (Source).

The United States created the Clean Power Plan (cutting carbon pollution state by state from the power sector) and tightened automotive fuel economy standards to reduce transportation emissions. The Trump Administration fought hard to roll back both policies but the Biden/Harris Administration has committed to strengthening them. 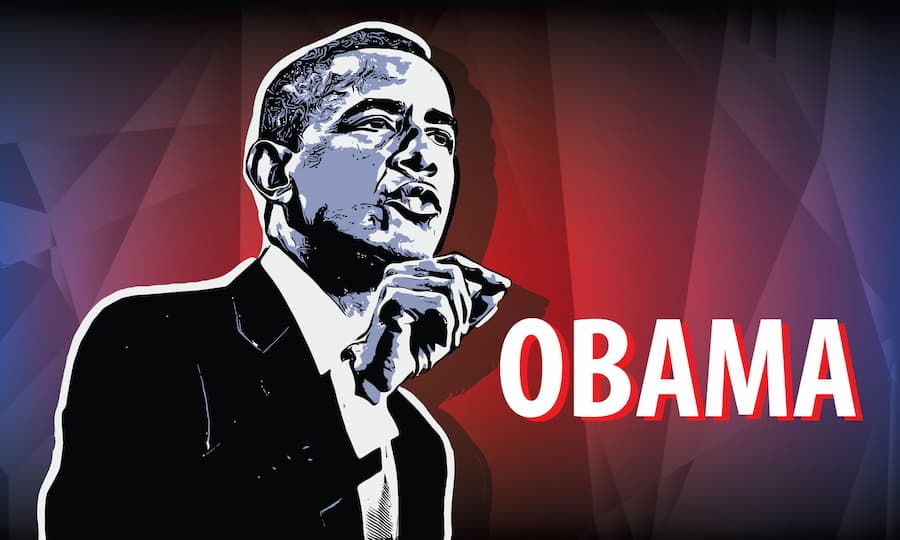 Why is the Paris Agreement Important?

World leaders from almost every nation agreed that climate change is happening, is caused by human activity, poses a threat to all of humanity, and requires global action to stop it.

Since 1750, greenhouse gases have increased dramatically in the atmosphere:

Moreover, climate change will affect agriculture, cause species to go extinct, reduce food and water supplies, and cause issues of national security. 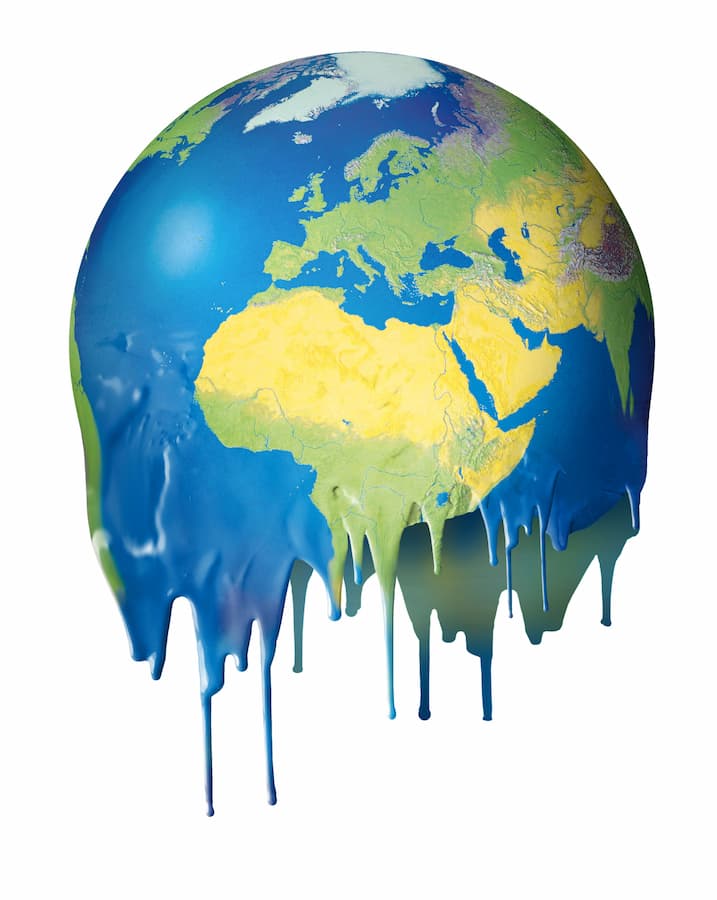 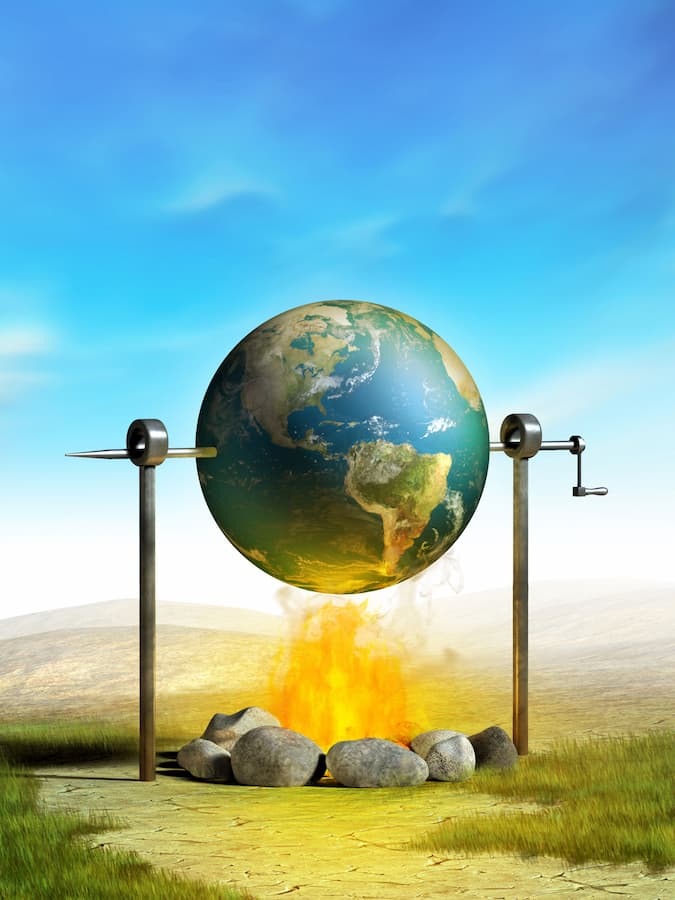 There are some key differences between the Kyoto Protocol and the Paris Climate Agreement:

"Unlike the Kyoto Protocol, which established top-down legally binding emissions reduction targets (as well as penalties for noncompliance) for developed nations only, the Paris Agreement requires that all countries—rich, poor, developed, and developing—do their part and slash greenhouse gas emissions. To that end, greater flexibility and national ownership is built into the Paris Agreement: No language is included about the commitments countries should make; nations can set their own emissions targets (NDCs) consistent with their level of development and technological advancement" (Source).

"While the Paris Agreement doesn’t have harsh penalties for countries not meeting their targets, it does have a robust system of monitoring, reporting, and reassessing individual and collective country targets over time in order to move the world closer to the broader objectives of the deal. And the agreement sets forth a requirement for countries to announce their next round of targets every five years—unlike the Kyoto Protocol, which aimed for that objective but didn’t include a specific requirement to achieve it" (Source). 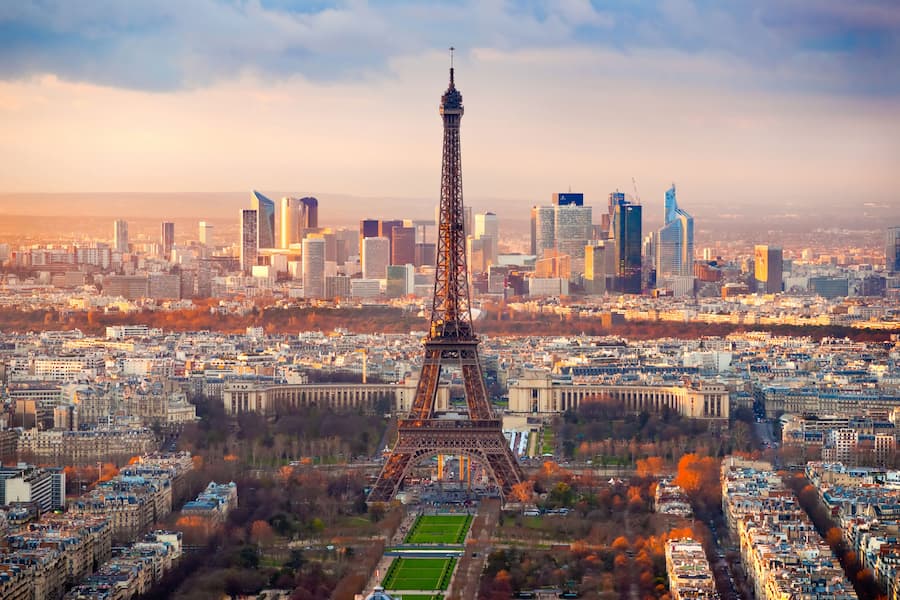 It is important to realize that the Paris Agreement is not enough to fight climate change and hence many environmentalists have criticized it for not going far enough. Despite this, it is an important moment in the history of climate change.

However, it is important to understand that commitments made in this agreement represent the floor, not the ceiling, of climate ambition. In other words, countries can set much more ambitious goals in the future.

COP 26 took place in Scotland in November 2021 and aimed to bring more climate action than in the Paris Climate Agreement. However, environmentalists like Greta Thunberg have criticized COP 26 for also not being ambitious enough.

It is important that we continue to spread awareness and put pressure on governments and corporations to take more action.

Ultimately, our world depends on it. 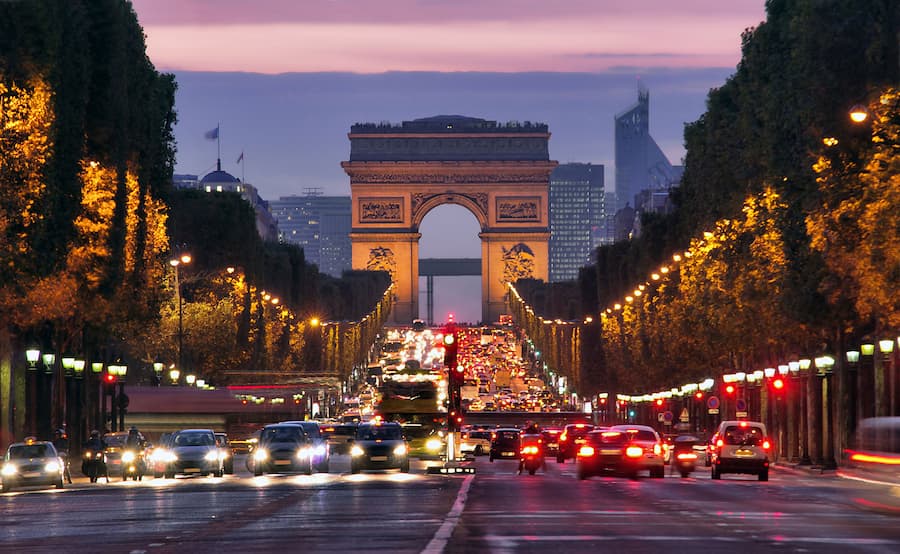