The ongoing consequences of climate change are many.

Dust storms aren’t one of the first consequences we consider, but the rising number of these crippling storms across the planet, particularly in places like Africa and Australia (but not limited to these places), should tell us that this is a dire outcome indeed.

Also called sandstorms, they have an essential role in the ecosystem by spreading nutrients from the soil. However, when they occur too frequently, they can have devastating consequences on agriculture.

One of the leading causes of these storms is long-term droughts, which is one of the effects of climate change we have come to accept in recent years.

Pasture overgrazing and deforestation are also considered by climate change scientists to be the causes behind these devastating droughts.

For example, scientists state that both deforestation and a massive increase in the number of sheep and goats since the 1980s have increased the number of major dust storms in China. Fortunately, China is planting at least tens of millions of trees to combat desertification (Source). 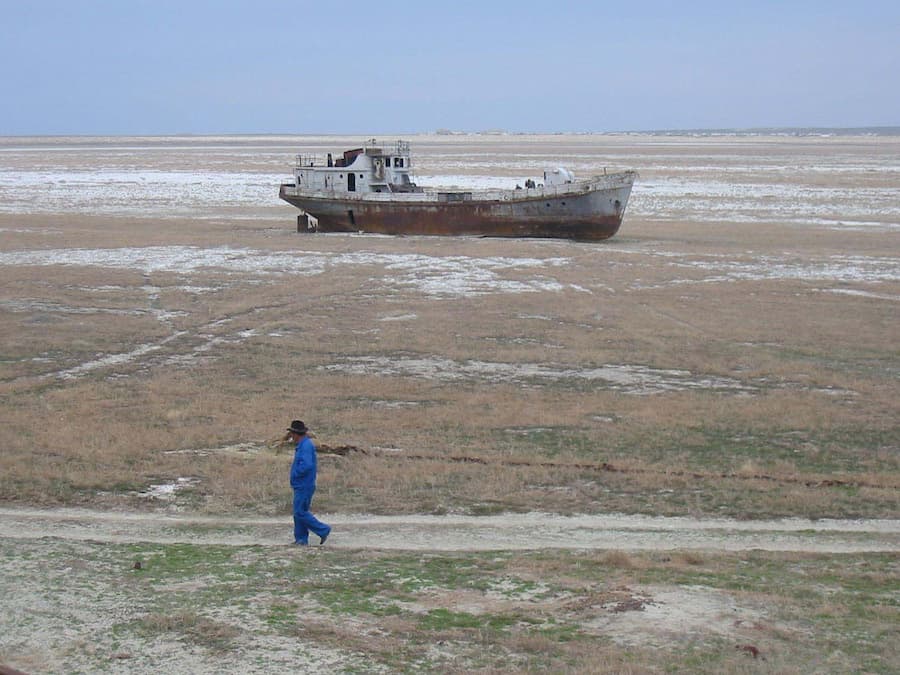 One thing these scientists agree on is that although sandstorms are known to go up and down in terms of frequency of occurrence, in recent years, they have definitely been on an upswing.

In addition to the surge of these storms, we can also expect to see them continue to carry such things as fungal spores, bacteria that could potentially be harmful to ourselves and the planet, and a host of viruses (Source). 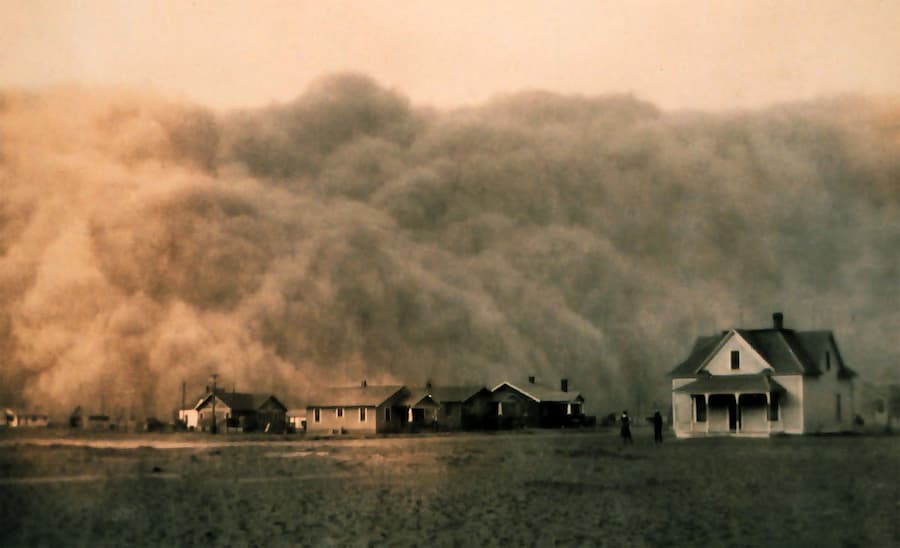 Natural Occurrence and Role in Nature

These storms can also possibly bring with them advantageous particles of nutrients and soil, but that’s a considerably small plus when compared to the short and long-term damage these storms can cause.

Dust storms are indeed a natural occurrence, but there is nothing natural about the increasing number of these storms across the world. 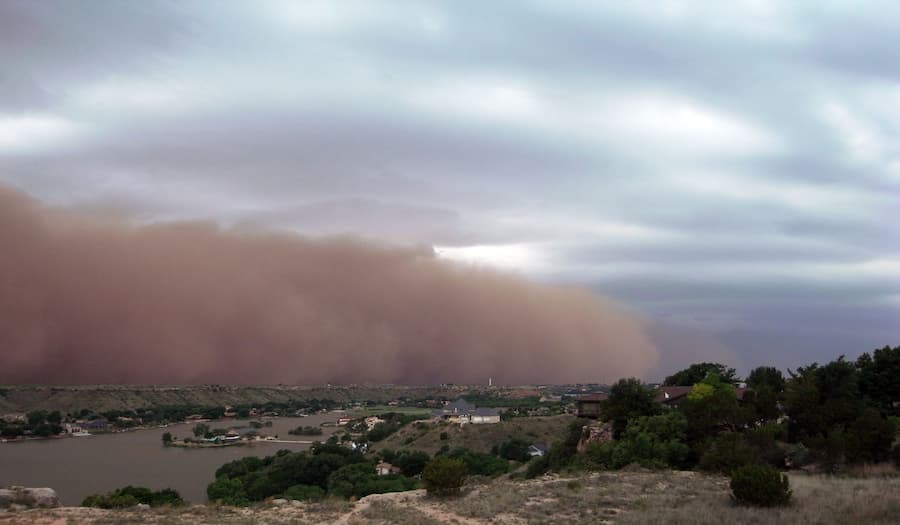 And much like industrial air and traffic pollution, the pollution brought by these huge storms can have severe consequences for our bodies.

Many of us are unaware of the meningitis spores that the Saharan dust storms bring to semi-arid Central Africa, which affects 250,000, mostly children, and kills 25,000 each year (Source).

A combination of higher temperatures and more intense dust storms is linked to "valley fever," which is a disease that is contracted from a fungus within the soil of the central valley of California. It is estimated by the American Academy of Microbiology that about 200,000 Americans get ill with valley fever annually, and 200 of them die (Source).

Dust from the Sahara desert travels on a regular basis across the Atlantic and even reaches the Caribbean and the Amazon basin.

However, it is also believed that the dust from these storms from Africa is causing the upswing in asthma cases in the Caribbean. In 2009, the asthma rate in Barbados was 17 times higher than it was in 1973. There are also more hospital admissions, according to researchers, when these storms are at their worst (Source).

This forces us to realize that the rise of such storms in one part of the world can have dramatic consequences on other regions, even those on the other side of the ocean.

Dust storms can cause glaciers to become darker, which will make them absorb more heat, thus melting them faster. In addition, an increase in dust in the air due to more dust storms can affect the frequency of North Atlantic hurricanes (Source).

Dust storms affect aviation as they can close airports or even cause damage to planes as dust enters their engines. Sand can cover roads, and supplies of electricity can be disrupted. On top of that, fisheries are damaged by large amounts of sand settling in the oceans.

In 2018, in northern India, over 125 people had died, and 200 were injured due to a high-velocity dust storm. On a side note, large areas in Europe can be covered by orange sand and dust from the Sahara desert (Source).

Large amounts of dust from the Sahara desert are often found in Spain, Italy, and Greece, but it can reach even further, such as south Wales (Source).

For the year 2014, it is estimated that exposure to dust particles was responsible for nearly 400,000 premature deaths globally by cardiopulmonary disease in people over 30 (Source).

Despite all this, there is research that suggests that dust storms may mitigate climate change by reflecting sunlight inside the atmosphere or fertilizing oceans with nutrients. Dust storms from Australia, the Gobi desert, and the Sahara desert bring iron-rich dust into seas, which feed phytoplankton, which actually absorbs enormous amounts of carbon dioxide (Source). 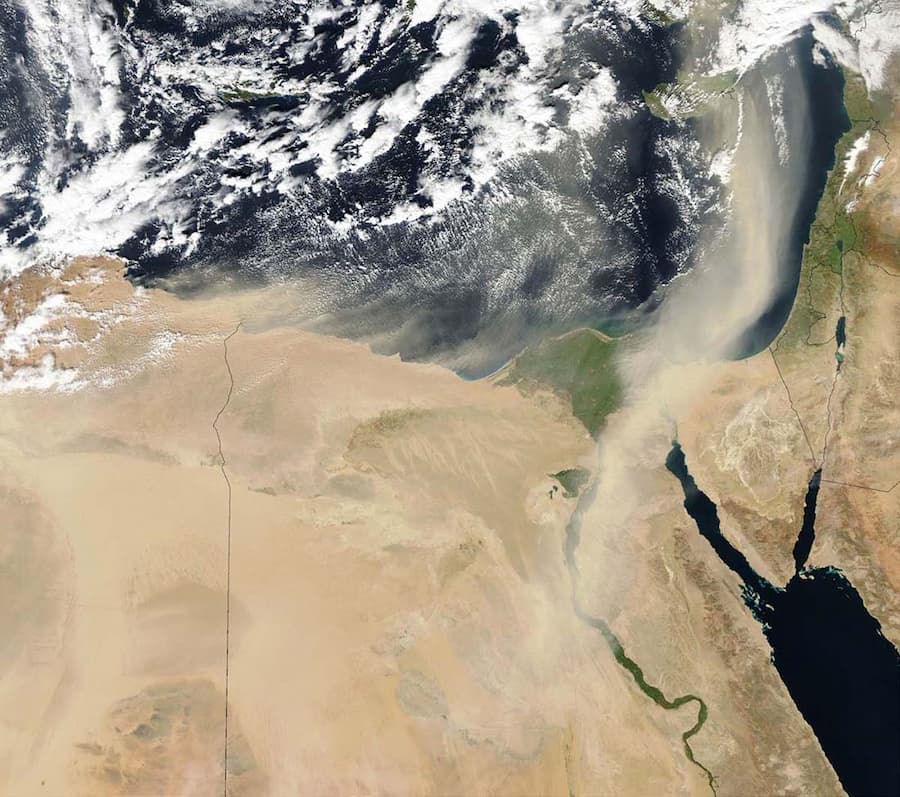 The droughts that contribute to the storms combine with the damage of the storms themselves to devastate farmers and drive up food costs to even more staggering lengths.

This will increase the number of food shortages worldwide.

Unfortunately, dust storms are removing fertile soil from Africa. According to the director of the Earth Policy Institute research group in Washington D.C., Lester Brown, "The 2-3 billion tonnes of fine soil particles that leave Africa each year in dust storms are slowly draining the continent of its fertility and biological productivity. Those big storms take millions of tonnes of soil, which takes centuries to replace" (Source).

This will even further exacerbate famines in the region. 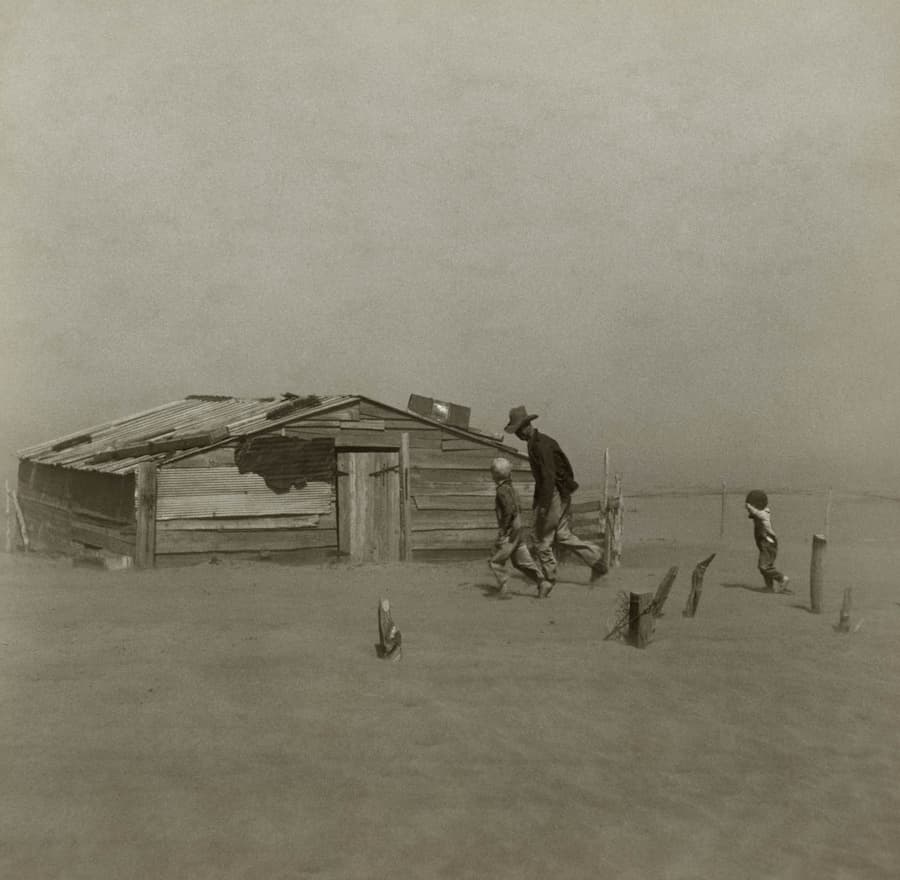 We’re only beginning to see the damage these storms can cause. It is difficult to predict what the future will hold, but there is a growing concern that what we will see won’t be good.

The rise of these monolithic walls of sand is just one of many warnings. Combined with the several other effects of climate change, the situation at hand can seem quite terrifying, and indeed inconvenient.

Clearly, we must do what we can to prevent things from getting worse. If we don't reprimand our leaders to take bold action, we could be part of a world infested with more disease and bombarded with frequent natural disasters. 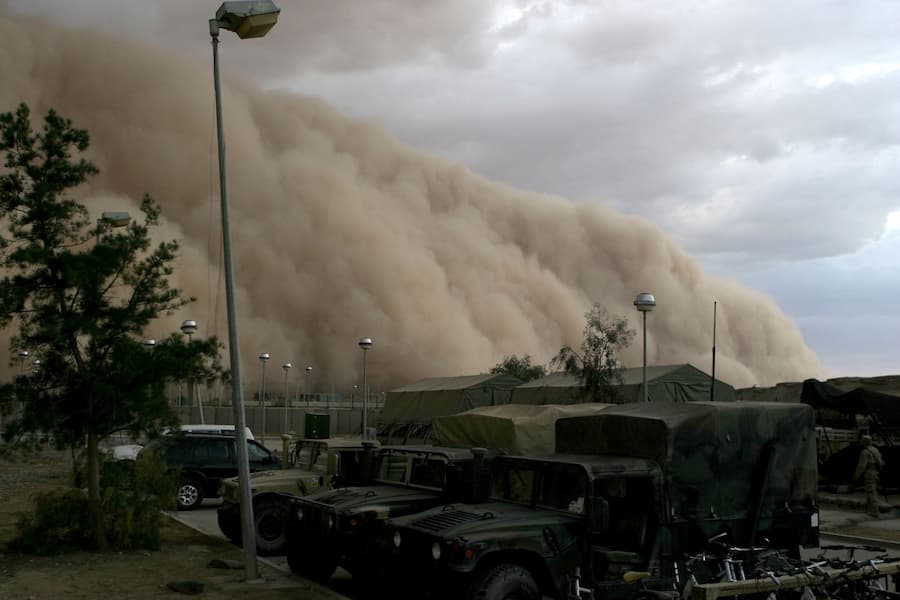