Senator Snowball refers to Senator Jim Inhofe, who became infamous after throwing a snowball during a Senate meeting in, apparently, a bizarre attempt to disprove the reality of climate change blatantly.

Now he is more popularly known as Senator Snowball for his “mini-show” inside the Senate room, together with other public officials. Alongside the trending issues about Sen. Inhofe’s behaviour, he is actually a committed climate change denier who isn’t shy about spreading disinformation in public.

“In case we had forgotten because we keep hearing that 2014 has been the warmest year on record, I ask the chair: You know what this is? It’s a snowball and that just from outside here so it’s very, very cold out. Very unseasonal,” Sen. Inhofe said, while throwing the snowball and trying to stifle a smile (Source).

The most shocking part of all is that the senator threw the D.C. snowball right onto the Senate floor. Moreover, the fact that 2014 was actually known as the hottest year on record at that time does not seem to deter him whatsoever.

As a matter of fact, this is actually not the first time that he has used a snowball in such a fashion. Following a severe snowstorm in 2010 in Washington, D.C., he and his family famously built an igloo and called it "Al Gore's New Home" (Source).

However, according to the website of the Environmental Protection Agency, “Rising global average temperature is associated with widespread changes in weather patterns. Scientific studies indicate that extreme weather events such as heat waves and large storms are likely to become more frequent or more intense with human-induced climate change” (Source).

Video from Years of Living Dangerously

Senator James M. Inhofe or more commonly known as Sen. Inhofe finished his bachelor’s degree in Economics at the University of Tulsa in the year 1973 and eventually pursued a background as a senior senator in Oklahoma. He is also a Republican Party member along with numerous engagements as a political figure (Source).

However, Sen. Inhofe received over 2 million dollars from the fossil fuel industry. He authored a book in 2012 called "The Greatest Hoax: How the Global Warming Conspiracy Threatens Your Future." Also, on the Senate floor, he stated that “man-made global warming is the greatest hoax ever perpetrated on the American people” (Source).

In 2000, Senator Inhofe was the only senator to not vote for the Everglades Restoration Plan, a bill that passed 85 to 1 (Source).

In 2003, the Natural Resources Defense Council stated that Inhofe “scored zero with the League of Conservation Voters since 1997, was the only senator to oppose Everglades restoration, and once compared the Environmental Protection Agency to the Gestapo” (Source).

With his regular speeches that oppose climate change and voting for big oil companies on numerous oil-related bills, Sen. Inhofe remains a denier of global warming. “I have offered compelling evidence that catastrophic global warming is a hoax. That conclusion is supported by the painstaking work of the nation’s top climate scientists,” he said (Source). 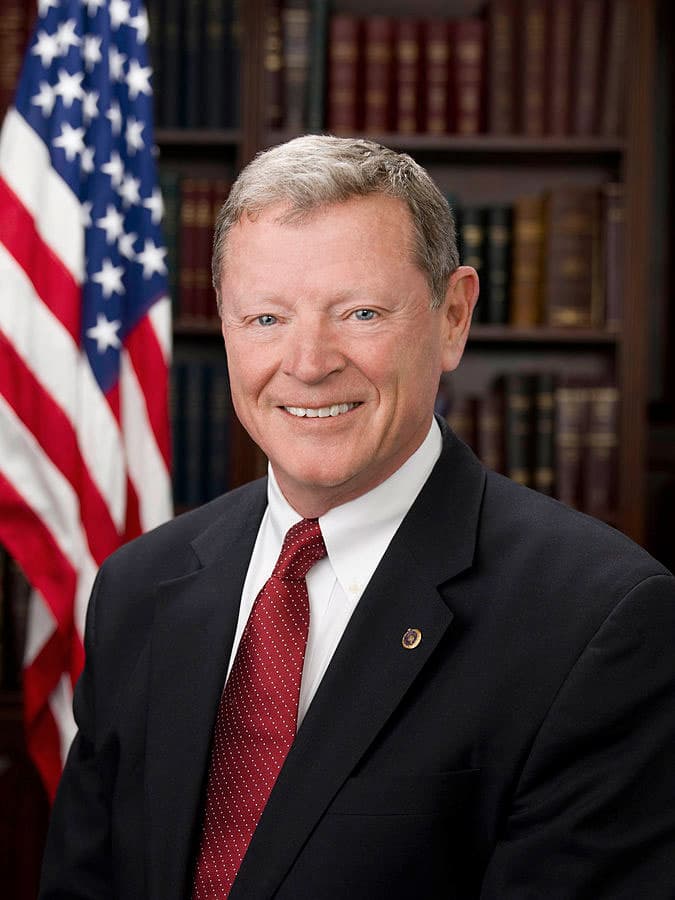 James Inhofe once harshly criticized the Environmental Protection Agency, but now he has access to a lot of influence within the organization following the election of Donald Trump in 2016.

"At least half a dozen former aides to Inhofe — and counting — have been hired into top positions at the EPA and the White House. The chief of staff and deputy chief of staff to EPA Administrator Scott Pruitt, a fellow Oklahoman and longtime friend of Inhofe, spent years working for the senator. Pruitt’s senior advisers on air, climate and legal issues are Inhofe alumni. In addition, two former Inhofe aides have become top domestic and international energy and environmental advisers to President Trump" (Source).

“Inhofe was like the original climate-denier in chief. He was one of the first people spouting this gibberish — fact-free but dangerous gibberish,” said Gene Karpinski, who is the president of the League of Conservation Voters. “Now he and his cronies have far more reach and are far more dangerous than they’ve ever been. . . . That’s good news for the polluters but horrible news for public health” (Source).

Inhofe has been serving in the Senate since 1994. On top of that, he served as the top Republican on the Senate Environment and Public Works Committee in 12 out of the previous 14 years from 2017 (Source). 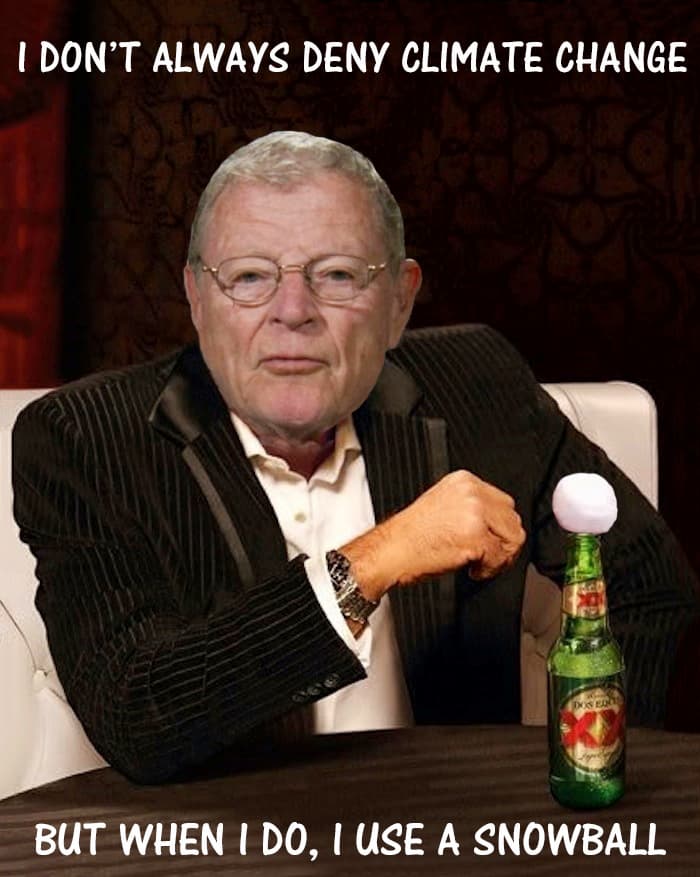 The website Skeptical Science has listed a bunch of quotes from James Inhofe, and next to it, listed a series of facts on climate change.

For instance, he stated that "the cost to the American taxpayers [of climate legislation] would be between 3 and 4 hundred billion dollars a year" however, Skeptical Science says that "The benefits of a price on carbon outweigh the costs several times over" (Source).

This is basically one thing that we can do: fight climate change denial with facts. What makes Skeptical Science such a useful website is that they have a vast amount of scientific evidence to combat arguments from the skeptics.

Another useful source is Reality Drop from the Climate Reality Project. They also have a valuable tool to combat claims from climate change deniers with facts.

Together, we can help combat corruption and climate change denial.