David Suzuki quotes are interesting and may inspire you to take action on climate change.

Our personal consumer choices have ecological, social, and spiritual consequences. It is time to re-examine some of our deeply held notions that underlie our lifestyles.

We're in a giant car heading towards a brick wall and everyone's arguing over where they're going to sit. 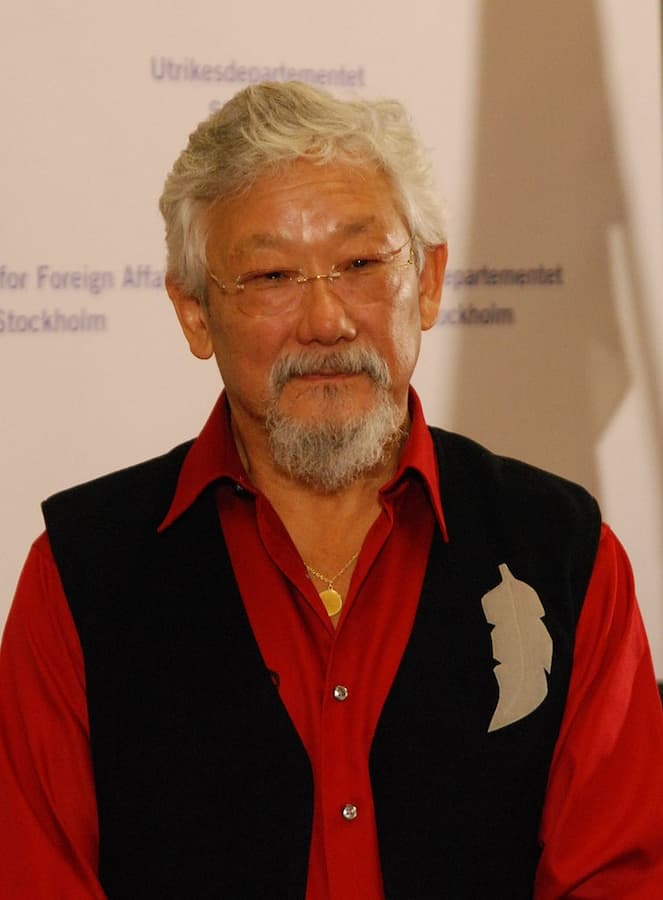 Human use of fossil fuels is altering the chemistry of the atmosphere; oceans are polluted and depleted of fish; 80 per cent of Earth’s forests are heavily impacted or gone yet their destruction continues. An estimated 50,000 species are driven to extinction each year. We dump millions of tonnes of chemicals, most untested for their biological effects, and many highly toxic, into air, water and soil. We have created an ecological holocaust. Our very health and survival are at stake, yet we act as if we have plenty of time to respond.

We are upsetting the atmosphere upon which all life depends. In the late 80s when I began to take climate change seriously, we referred to global warming as a ‘slow motion catastrophe’ one we expected to kick in perhaps generations later. Instead, the signs of change have accelerated alarmingly.

No matter what lengths politicians, corporate interests and others take to avoid, downplay and obfuscate serious issues around environmental degradation and our economic system’s destructive path, we can’t deny reality. Studies show we must refrain from burning most fossil fuel reserves to avoid catastrophic warming. In little more than a century, the human population has more than quadrupled to seven billion and rising, and our plastic-choked, consumer-driven, car-obsessed cultures have led to resource depletion, species extinction, ocean degradation, climate change and more. It’s past time to open our eyes and shift to a more sensible approach to living on this small, precious planet.

Many solutions are being employed or developed, but not fast enough to forestall catastrophe. In Canada, we have federal and provincial governments hell-bent on expanding fossil fuel infrastructure and development to reap as much profit as possible from a dying industry and to satisfy the vagaries of short election cycles. The fossil fuel industry continues to receive massive subsidies, including a multi-billion-dollar taxpayer bailout for an American pipeline company, while clean energy receives far less support.