Wind power will blow your carbon footprint away!

In fact, it is a renewable source of energy that emits virtually no greenhouse gases.

Unlike hydroelectricity and nuclear power, it will not seriously harm anyone and will not disturb precious ecosystems. It is also cheaper, easier to build/install, easier to maintain and safer for workers.

In the past, windmills were usually used for crushing grain or pumping water.

Now, wind power will play a vital role in building a sustainable future.

An article from Energy.gov published in 2019 states, "Most of the components of wind turbines installed in the United States are manufactured here. There are 500 wind-related manufacturing facilities located across 41 states, and the U.S. wind industry currently employs more than 114,000 people."

Investing in solar or wind power is good for the economy as it creates lots of jobs. 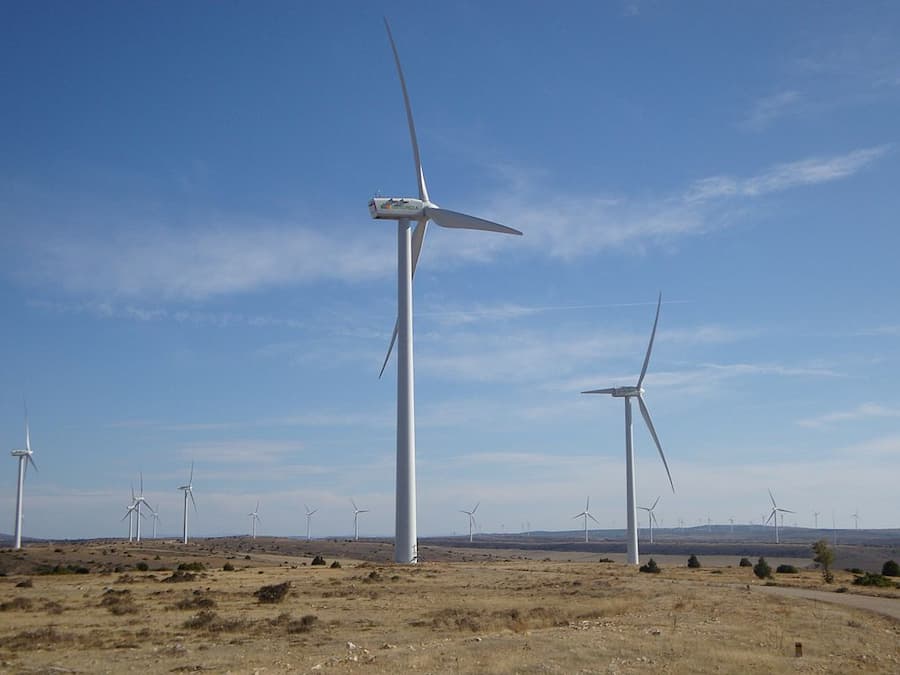 Many critics of this form of alternative energy declare that wind turbines cause a lot of noise, which is not true, especially for newer models.

Homeowners are currently installing wind turbines on their rooftops, and farmers have hundreds of them across their fields.

It is truly a myth to say that they cause too much noise pollution. In fact, they make much less noise than power plants operating on fossil fuels and surely less noise than the huge machinery operating in the Tar Sands of Alberta.

In reality, according to FackCheck.org, "Studies indicate that people living near turbines are rarely exposed to average sound levels beyond 45 decibels, which is akin to the hum of a refrigerator. There is no direct evidence that the sound is detrimental to physical or mental health, although it may be annoying to some people" (Source).

Some people claim that thousands of birds get killed by a single wind turbine. However, "A 2013 study estimated an average of just over five bird deaths per turbine per year" (Source).

There are also claims by certain people that wind turbines cause health problems such as cancer. However, “The American Cancer Society is unaware of any credible evidence linking the noise from windmills to cancer” (Source).

Researchers haven't found strong evidence of wind power that is causing other health problems such as nausea, headaches or sleeplessness. On the other hand, "There is ample evidence linking the particulate pollution from coal plants to heart disease, respiratory problems, and lung cancer" (Source).

The interesting thing is that people who often criticize wind power (such as Donald Trump) are encouraging coal power, which kills many more birds, causes severe health problems, and causes climate change. 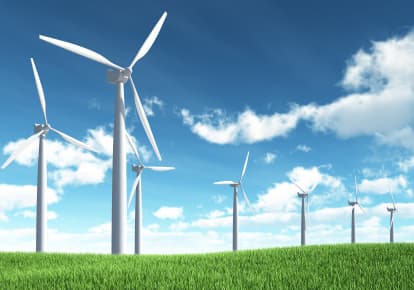 In the United States, farmers generally get between 4,000 and 8,000 dollars per year in rental income from each turbine installed on their land (about $3,000 to $4,000 per megawatt of capacity) (Source).

These farmers continue to grow cattle and crops as they always did. This helps support the costs of agriculture and its electrical needs.

Moreover, in the case of a neighbourhood blackout, these homes will continue to have electricity.

On a side note, farmers could also make money from solar power.

"The United States’ wind power capacity was 96,433 megawatts at the end of 2018, making it the largest renewable generation capacity in the United States. That’s enough electricity to offset the consumption of 25 million average American homes" (Source).

By 2016, wind power represented about 4 percent of global electricity. Electricity generation by wind power has increased dramatically due to the fact that countries were concerned over the increasing cost of petroleum as well as the effects of climate change caused by the burning of fossil fuels (Source).

Wind power capacity has increased 5-fold between 2007 and 2016, from 95 gigawatts to 487 gigawatts worldwide. The top two countries with the highest amount of installed wind capacity in 2016 were China and the United States, with 168.7 gigawatts and 82.1 gigawatts, respectively. In addition, Denmark generated nearly 38% of its electricity from wind power in 2016, the largest percentage of its electricity (Source).

In Texas, a land greatly marked by the oil industry, wind turbines have become part of a multi-billion dollar industry in an effort to fight climate change.

Clearly, the winds of change are sweeping across the globe. In fact, at least 100 countries are using this form of energy on a commercial basis.

The wind power industry has estimated that wind power may generate about 20 percent of the world's electricity by 2030 (Source). 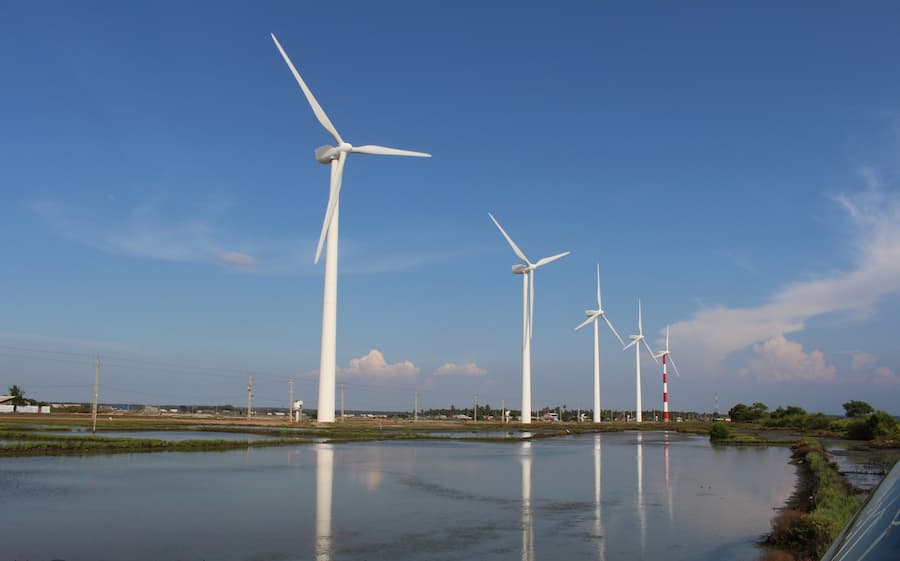 "As of 2018 the largest wind farm in the world was the Jiuquan Wind Power Base, an array of more than 7,000 wind turbines in China’s Gansu province that produces more than 6,000 megawatts of power.

One of the world’s largest offshore active wind farms, the London Array, spans an area of 122 square km (about 47 square miles) in the outer approaches of the Thames estuary and produces up to 630 megawatts of power.

Hornsea One, which will come online in 2020 and span an area of 407 square km (about 157 square miles) near England’s Yorkshire coast, will be even larger, producing about 1,200 megawatts of power. By comparison, a typical new coal-fired generating plant averages about 550 megawatts" (Source). 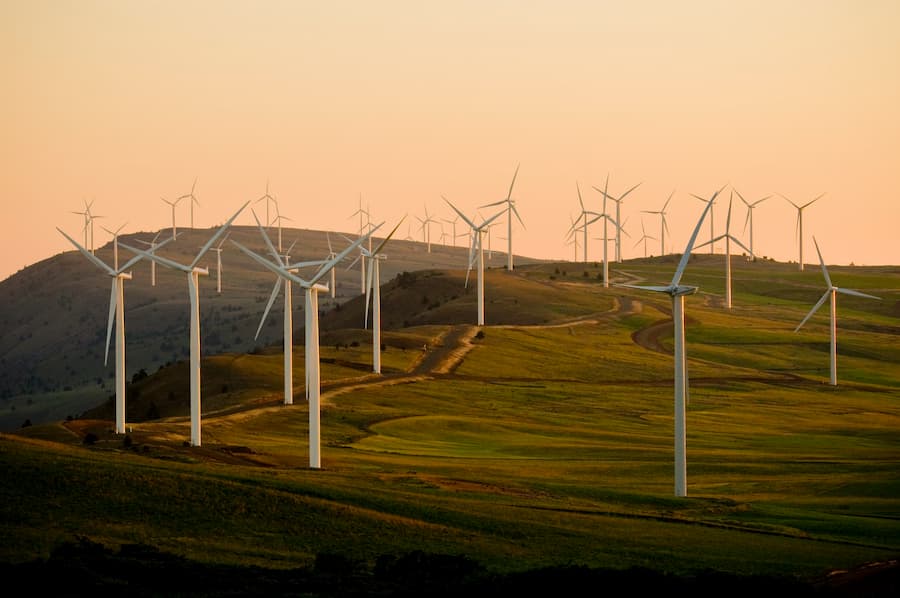 Although wind power offers a great deal of potential, it will take a combination of many forms of alternative energy to solve the climate crisis.

Even if other methods of getting energy such as nuclear power, biomass, or hydroelectricity aren't perfect, they may be needed to secure a sustainable future. Of course, we will also need to invest in

However, it is possible that new forms of alternative energy may present themselves to us in the future with more advanced research. Hence, we should not neglect to invest in this area of research.

Now, there are some people who claim that once the wind stops blowing, you will lose power in your home. In truth, if we use a combination of different forms of energy and have energy production over many areas, this will not be a problem. In addition, batteries could store power when it is not being used (Source).

"For instance, a 2016 modeling study published in Nature Climate Change found that, using existing technology, the country could get 55 percent of its electricity from wind and solar if it built a network of high-voltage transmission lines. That study analyzed reams of historical weather data and concluded that the lights would stay on even with daily and seasonal fluctuations in the wind" (Source).

Although it may seem daunting, we can combat the climate crisis. 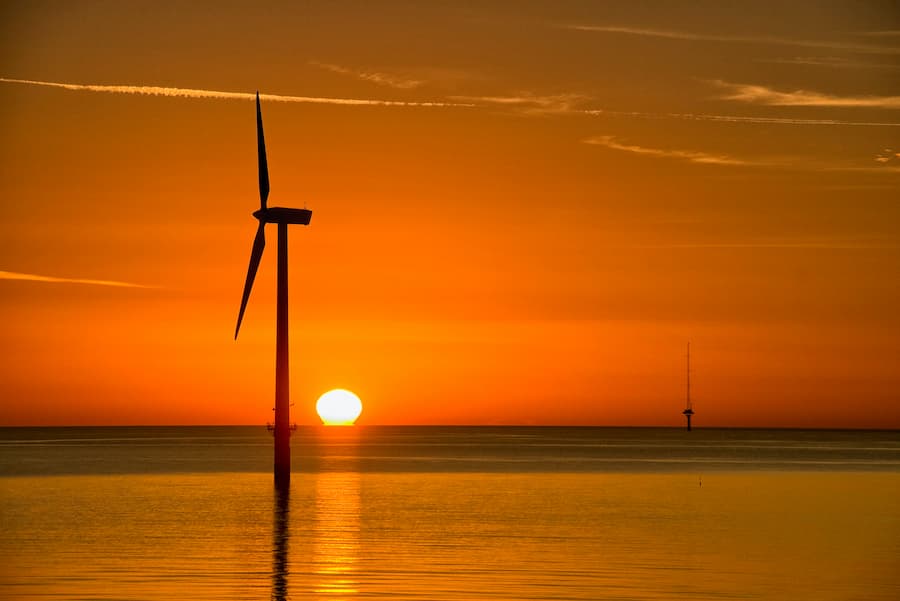