The Niger oil spills had been very devastating to the environment, and it is reported that it will take up to 30 years and a total of 1 billion dollars for it to be cleaned up, according to reports by the United Nations.

In fact, Niger oil spills had been ongoing for the past five decades due to faulty pipelines and pirate attacks, and unfortunately, the spill was left without any action taken. 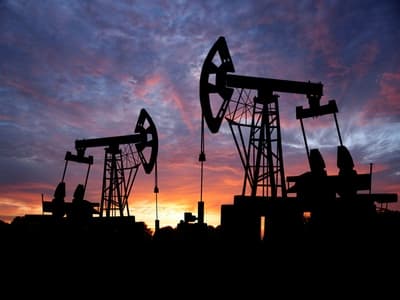 According to the United Nations Environment Program (UNEP), they hold Shell, as well as several other oil companies responsible for the Niger oil spills which had contaminated over 1000 square kilometers of the area of Ogoniland, in the Niger delta.

This has caused devastating effects to both wildlife and the health of those around the area.

The people of UNEP are unhappy of the fact that despite the economic growth for Niger due to the oil industry, the people who continue to suffer from the oil spills are paying the price.

As a result, UNEP has demanded Shell and other oil companies who are held responsible to pay up for the cleanup fees.

Troubling Information from a UNEP STUDY

After a three year pollution study done by UNEP, it is known that the heavy contamination of the land had also affected underground water courses, and this had been ongoing for the past 40 years or more.

What is sickening is that the residents around the affected area had been drinking water which had been polluted by the oil spills that contains dangerous levels of benzene concentrations.

In most of the areas studied, the contamination of the soil affected by the Niger oil spills are more than five meters deep.

Although there are claims from oil firms that they have done some cleaning efforts, the so called areas that had undergone “cleaning” are still highly contaminated.

Some of the watercourse contains hydrocarbons which are over at least a thousand times the level allowed by the Nigerien drinking water standards.

Because of this, treatment of drinking water sources should be taken immediately, and UNEP pushes the oil companies responsible to make haste to do their part and clean up this fiasco.

What Do We Make of All This?

There is a lesson to be learned here similar to the Gulf of Mexico oil spill and the tar sands in Alberta; our addiction to fossil fuels most stop.

Alternative energy is the answer, not oil for they will always bring forth problems that are not only environmental, but also health-related and social.

Clearly, the combustion of fossil fuels will always bring forth by-products and these will either be dumped in the atmosphere, the ocean (similarly to the Great Pacific Garbage Patch) or land.

They do not simply disappear.

With alternative energy however, we could help build a more sustainable future.

T-Shirts and Other Products

Get great t-shirts and other products!