"Merchants of Doubt" is a documentary about people who get paid to spread disinformation about many different issues such as cigarettes, pharmaceuticals, chemicals, and climate change.

In case you weren't aware, there is an immense climate change denial industry. Over a couple of years, fossil fuel companies spent over a billion dollars on lobbying and climate change disinformation.

This documentary exposes the tactics used by these deceptive people. Unfortunately, a small group of people were able to mislead a large percentage of the American population.

The documentary is inspired by the book from science historians Naomi Oreskes and Erik M. Conway of the same name, "Merchants of Doubt."

Also, the documentary is directed by Robert Kenner, who also was the director of "Food, Inc." 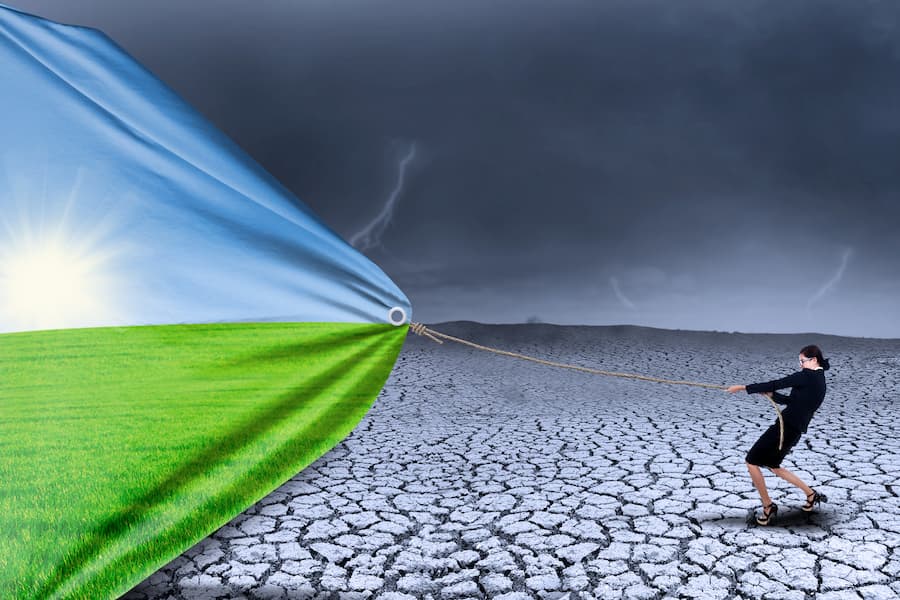 The documentary starts off with a magician, Jamy Ian Swiss, who discusses how magicians are different from con men, although they use similar tricks in deception. Essentially, magicians are honest liars as people know they are being deceived.

"I make an honest living, right? Therefore, it offends me when someone takes the skills of my honest living, if you will, and uses it to twist and distort and manipulate people and their sense of reality and how the world works. I know how to fool people, and I know how to recognize when people are being fooled," says the magician. 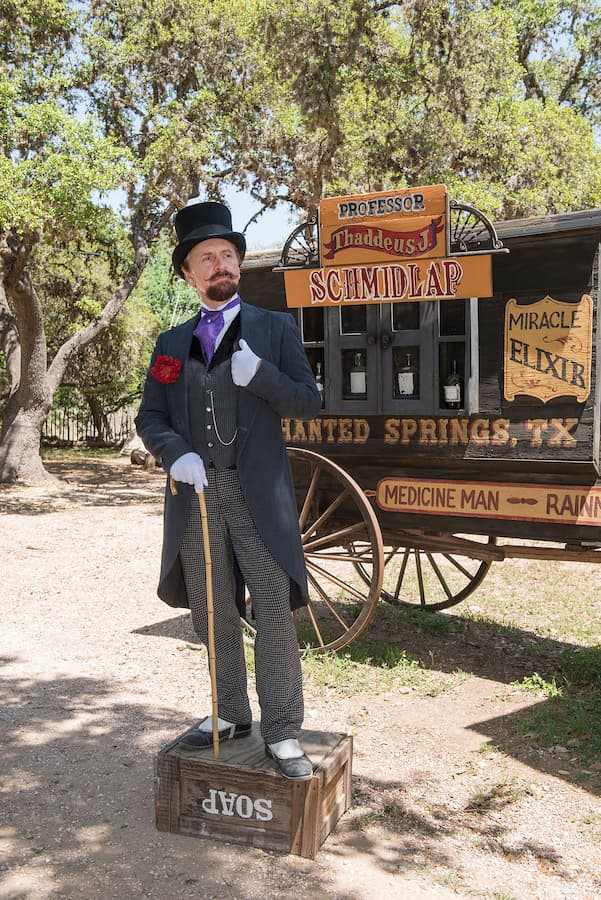 In 1958, the tobacco companies knew that "heavy smoking contributes to lung cancer."

In 1963, they knew that smoking causes heart disease.

In 1963, they knew that nicotine was addictive.

However, decades later, they denied this. In 1994, 30 years later, the CEOs of all the big tobacco companies stood up under oath and told Congress that nicotine was not addictive.

In 1953, the tobacco issue broke into the public consciousness, and tobacco companies hired a public relations firm, Hill and Knowlton, Inc. This firm said to the heads of tobacco companies that you cannot deny the evidence, but you can cast doubt.

The playbook they used to deny the science of the harmful effects of cigarettes worked for 50 years. The longer they can delay policy, the more money they make. Then, other companies saw what the tobacco industry did and decided to use the same strategy.

Flame retardants are chemicals that are put into couches, chairs, and many other products. These chemicals then enter the bodies of people near them.

According to a journalist from the Chicago Tribune in the film, American babies are born with the highest levels of flame retardant chemicals of any place in the world. These are linked to serious health problems, including cancer, and kids are the most vulnerable.

In the 1970s, thousands of people died from fires caused by cigarettes. The cigarette companies needed a scapegoat, and they blamed furniture around the cigarette for not being fireproof.

There was a man at the Tobacco Institute named Peter Sparber, and he was planted inside the National Associate of State Fire Marshals. The fire marshals named him their legislative representative, and they weren't aware that big tobacco was paying him 200 dollars an hour for work they thought was volunteer work. Peter Sparber convinced the fire marshals to deliver the message of big tobacco that furniture was causing fires and not cigarettes.

Peter Sparber would then work for different industries, including pesticides, automobiles, coal, and oil.

The problem is that there are other people like him out there. 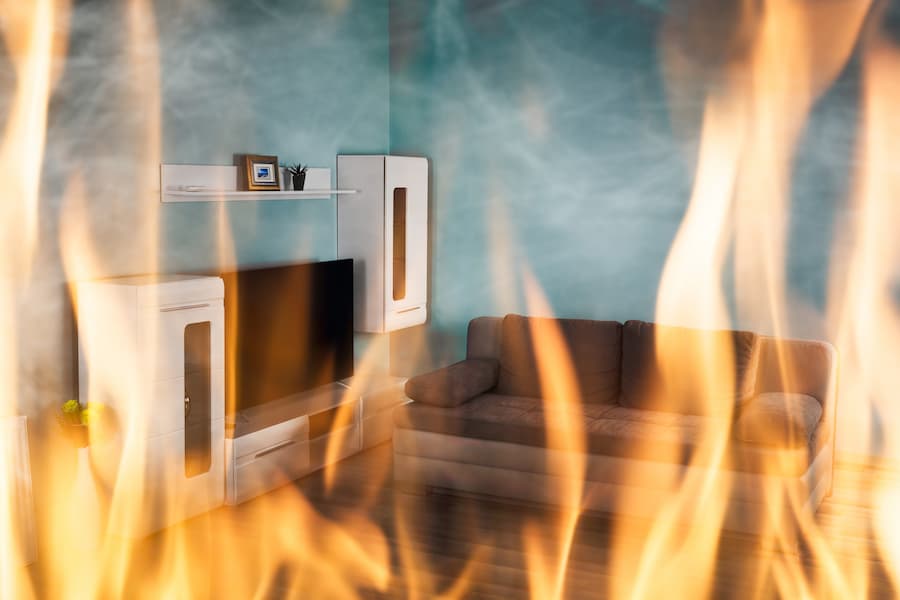 James Hansen, the former head of the Goddard Institute for Space Studies at NASA, spoke out about climate change in 1988.

James Hansen, a climate scientist, had proposed an experiment to go to Venus on the Pioneer Venus Mission to determine why Venus was so hot. It turned out that the greenhouse effect was the reason why Venus had a temperature of about 600 degrees.

Hansen then states that they realized that the Earth's atmosphere was changing, and he then began to work full-time on understanding Earth. "The CO2 that we put in the air by burning fossil fuels will stay in the climate system for millennia."

Hansen stated that the carbon dioxide traps heat like a blanket around the planet. He also says that civilization has developed in the last several thousand years in a climate that has been very stable, which varied by no more than about one degree and if you were to warm the planet by a few degrees, "you're putting the planet outside that which has existed for hundreds of thousands of years."

Hansen states that most scientists are not good communicators as they are not trained to do that. Unfortunately, there are climate change deniers that are very adept at communication.

Hansen mentions that climate science is complicated, and there are lots of factors, so you have to understand the whole picture. He adds that it's not to difficult to persuade some of the public that scientists don't know for sure and that we need to wait for more proof to arrive.

However, the longer humanity waits to take action, the worse it will be for billions of humans who will get affected. 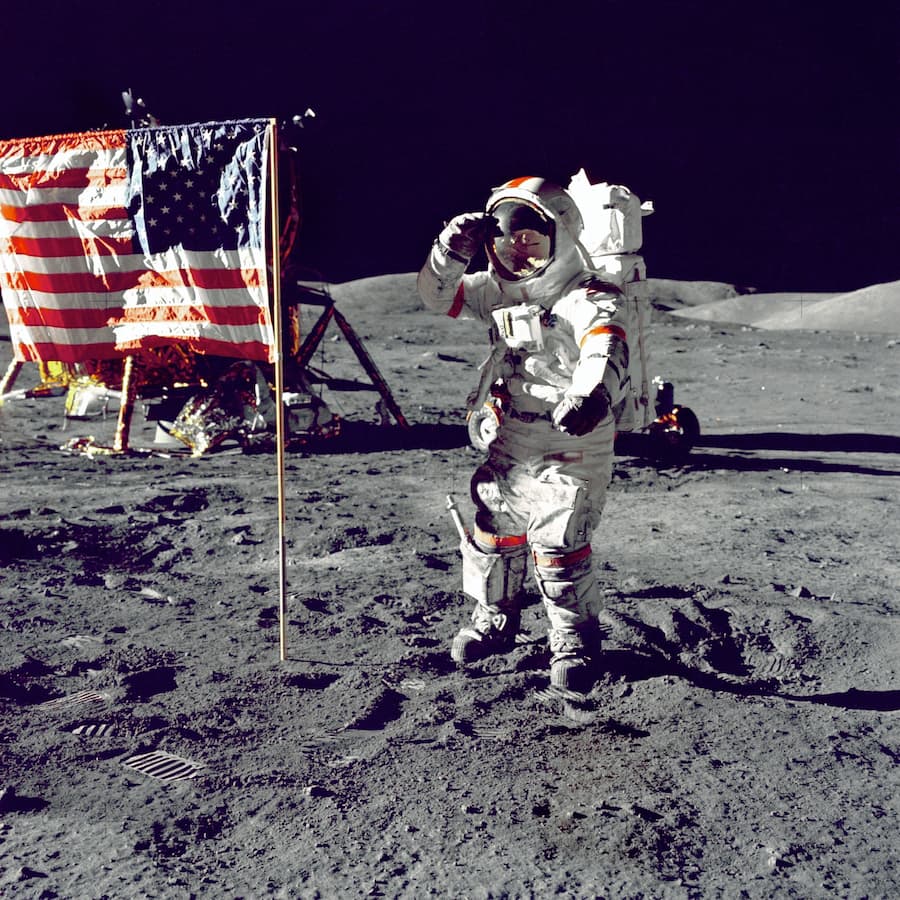 Science historian Naomi Oreskes got a list of all the papers that been published from 1992 to 2002 that used the keyword "global climate change," and it turned out that 928 papers said that most of the observed warming is due to increased greenhouse gases and none disagreed.

Many deniers who deny climate change have a political view that environmentalism and the environmental regulations it entails would lead to socialism. They see government regulations as a very bad thing. They call environmentalists watermelons; green on the outside but red (communist) on the inside. 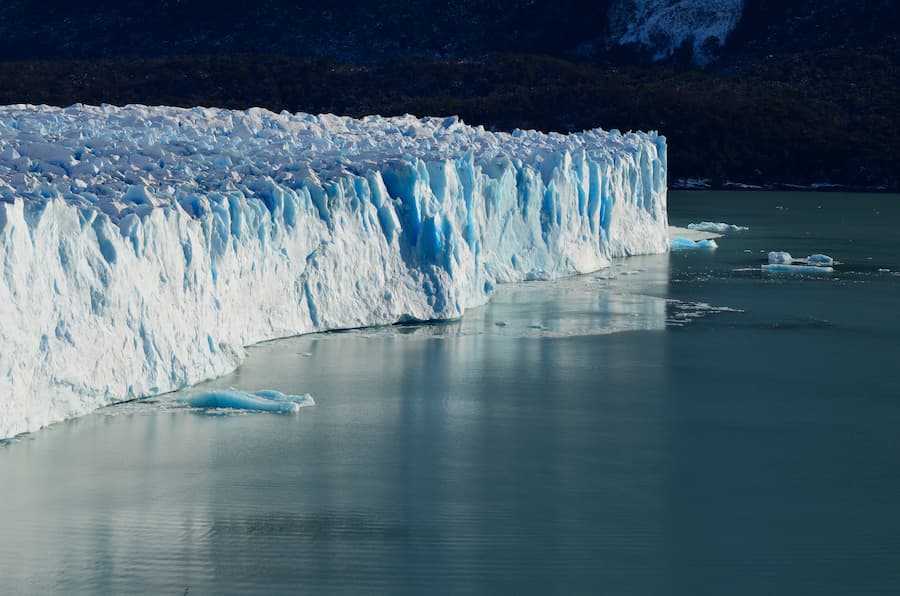 Climate change deniers claim that the Oregon petition was signed by over 31,000 climate scientists who disagree with the mainstream view of the scientific community on climate change.

Unfortunately, this was cited by many climate deniers as proof that global warming was a hoax or, at least, that there was still a big debate among scientists.

Sadly, a small group of people had a tremendous impact on public opinion on climate change.

There is an article from Snopes about this petition, and it concludes with: "Aside from the potential political motivations behind the petition, the misleading tactics employed to gather signatures, and the lack of verification regarding those signatures, the fact remains that the petition is open to anyone with an undergraduate background in science to sign, and a vast majority of the signatories are not climate scientists" (Source). 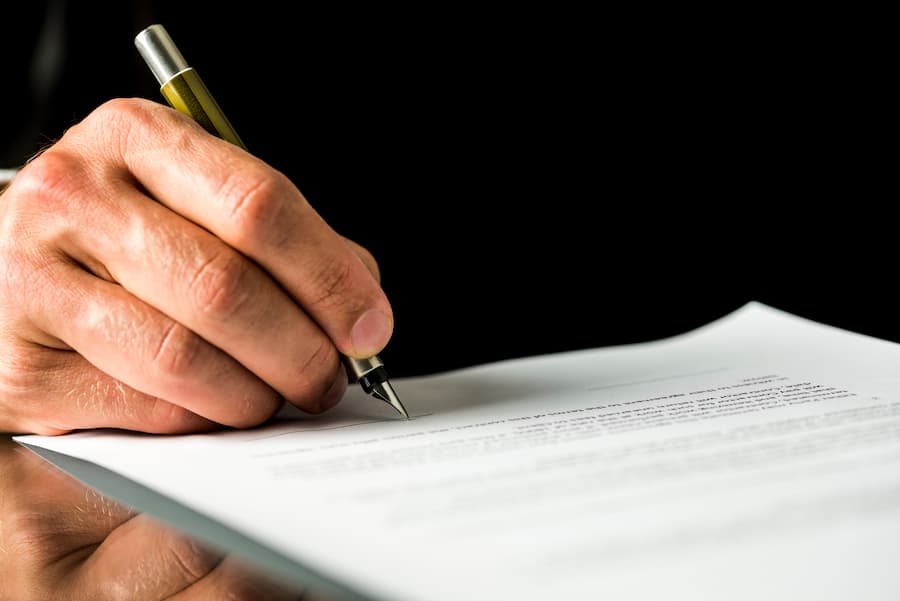 James Hansen states in the documentary that the science has become so clear, and the things that scientists were predicting are actually happening, and some of them are happening faster than they thought.

"We know as much about how the climate works as doctors know about how your body works," said Hansen.

Unfortunately, there are think tanks that try to spread doubt about climate change. One of the first of these think tanks is the George C. Marshall Institute.

This think tank would use different arguments that were not necessarily compatible with one other. They would say:

The president of the Marshall Institute, Bill O'Keefe, was a registered lobbyist for a big oil company, Exxon Mobil. 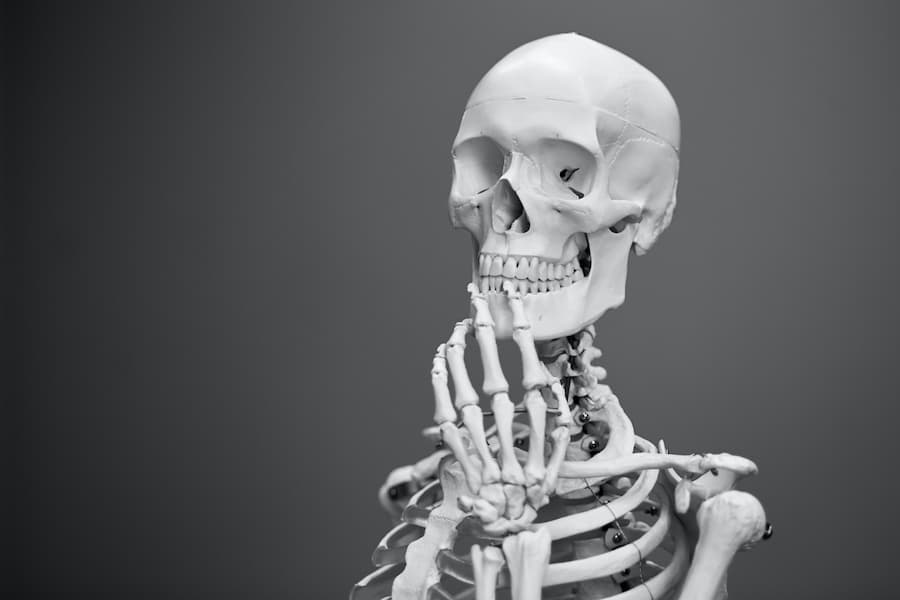 Sadly, in the media, there will often be "debates" between scientists and so-called experts from think tanks, which gives the impression that the debate is 50/50 when in reality, the overwhelming majority of climate scientists agree that mankind is causing climate change.

There are some people who are very good at spreading information, such as Marc Morano. He met Rush Limbaugh in 1991, and he worked for Senator James Inhofe, also known as Senator Snowball. James Inhofe received a lot of money from fossil fuel companies and was a very vocal climate change denier.

Mark Morano would appear in major news channels such as Fox News and CNN to spread doubt about climate change. He also founded and ran the climate change denial website Climate Depot.

Naomi Oreskes mentions that every time the world begins to act on the science of climate change, there is an attack from the climate change deniers to undermine it.

For instance, in 1995, the IPCC comes out with its Second Assessment Report, and there is a massive attack on Ben Santer, who is the lead author of the key chapter.

In 1997, before the run-up to the Kyoto negotiations, there was the Oregon petition, which did a lot of damage.

In 2009, Climategate happened during the time of the Copenhagen Accord.

Climate change deniers released stolen emails from climate scientists and took words out of context to make it seem like they were doing nefarious activities.

Michael Shermer, the founder of the Skeptics Society and editor-in-chief of its magazine Skeptic, says in the documentary that there have been three investigations into Climategate, where they had independent committees go through every email, and they found nothing wrong. 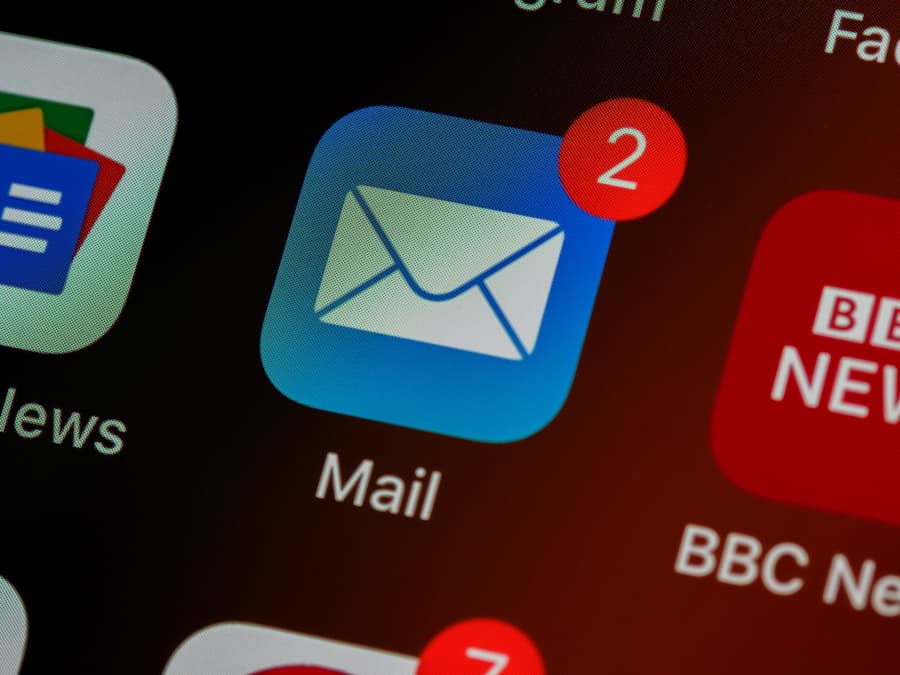 The tobacco companies would manipulate people by saying that regulations on smoking would take away people's freedom and may become a slippery slope to losing even more freedom in the future.

Other companies saw this and decided to do it for their own benefit. In fact, the oil and coal companies used the exact same tactic. One of these companies was Koch.

Koch Industries is heavily invested in oil, coal and tar sands. They are among the biggest polluters and received the largest fines.

Basically, they needed an army of people to fight regulation in the name of freedom. Hence, the Koch brothers had funded the group "Americans for Prosperity" to spread disinformation and push for policies that serve their agenda. This group has over 2 million members and has a great deal of influence.

Essentially, many conservatives see action on climate change as an attack on their way of life. 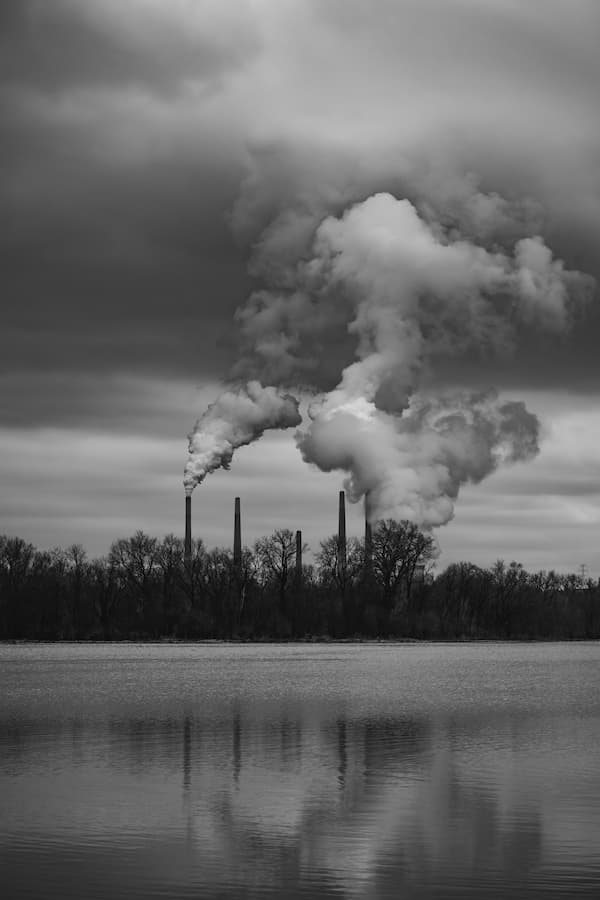 The tobacco industry has been prosecuted for its actions. They had to take out ads and admit publicly that they lied to the public. More specifically, they had to state that they "deliberately deceived the American public about the dangers of cigarettes" and that they designed them to be addictive.

According to Naomi Oreskes, the good news is that the truth has come out, and people who deserved to be punished were punished. The bad news is that it took 50 years.

In the case of climate change, we don't have 50 years to wait for action on the issue. There will be severe consequences, which include more extreme weather events such as hurricanes, heat waves, and droughts.

Naomi states, "The great irony of the story to me is that people who don't like big government are going to get more of it. And we're gonna see more money being spent on dealing with the aftermath of these disasters. There will be billions of dollars in real-estate losses. But more than that, people will die. That's why it matters."

Towards the end of the film, James Hansen states that "our parents" did not know that things they were doing were going to have major consequences for young people and future generations, but we cannot say that; we can only pretend that we don't know.

"If we warm up the planet a few degrees, we're talking about eventual sea-level rise of tens of meters which would wipe out all the coastal cities in the world," Hansen declares. 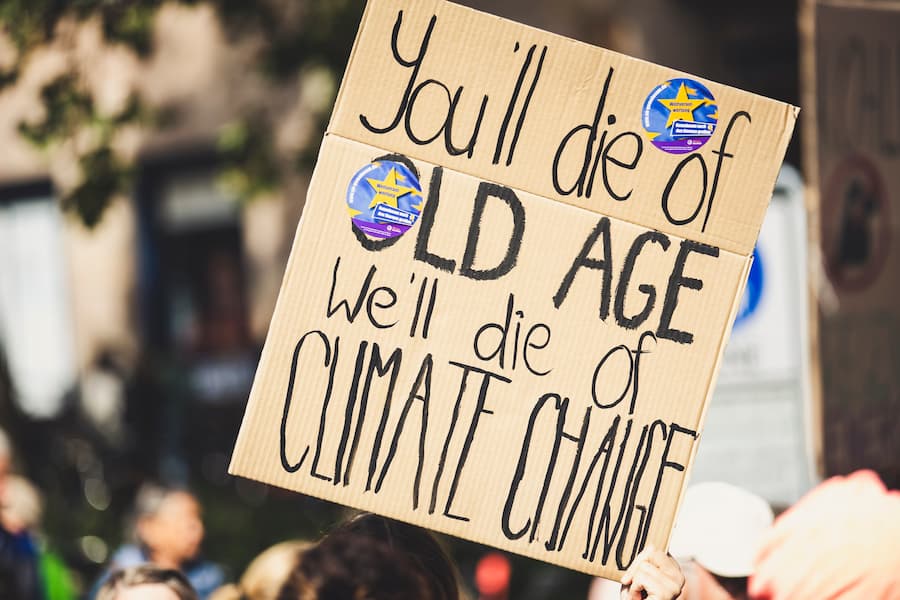