For thousands of years, meat has been an essential part of our diet. However, the way meat is being made has a severe ecological impact.

Most never think, or even know, that the meat industry is responsible for a lot of the climate change that has been posing a risk to the welfare of humanity, as well as every other species on the face of the planet.

As bad as car fumes and industrial smoke happens to be for our environment, the link between the meat industry and climate change is also important (not to mention the transportation industry or the manufacturing industry). 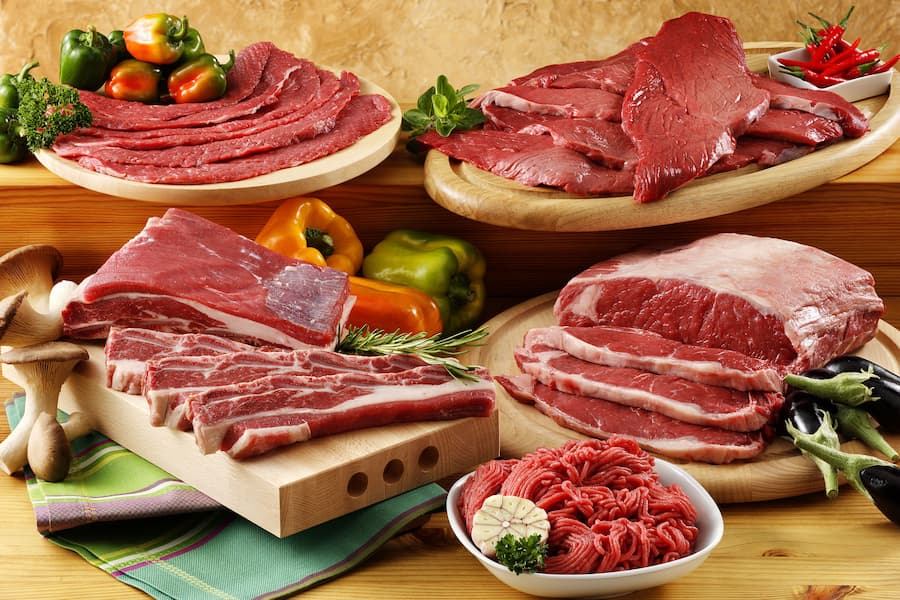 Beef production (as well as meat production in general) is one of the top contributors to climate change.

Beef also takes up a lot of water. It takes 1,695 liters to produce one burger that is a quarter pound. Also, the raising of animals makes up 80% of agricultural land but makes up only 18% of the global calories (Source).

Cow manure produces very high quantities of nitrous oxide, a greenhouse gas. To clarify, this gas is also released in most animals' manure, but cows still provide the most fertilizer out of all the major animal livestock groups.

With the demand and production for beef and pork growing, more and more nitrous oxide will be emitted into our atmosphere.

Globally, livestock is responsible for 14.5-18% of anthropogenic greenhouse gas emissions. For the United States, as much as 42% of total agricultural emissions originate from animal agriculture (Source).

Overall, if the emissions caused by land-use as well as land-use changes are included, the meat industry is responsible for 65% of nitrous oxide, and 37% of methane, a greenhouse gas with a 25 GWP (Source).

These large emissions of methane are mainly produced via the digestive system of ruminants (enteric fermentation). Ruminants are mammals that chew their plant-based food again after digesting it (the cud is regurgitated from the rumen, the first stomach of a ruminant).

Additionally, the meat industry is responsible for 64% of ammonia, which is one of the primary causes of acid rain (Source). 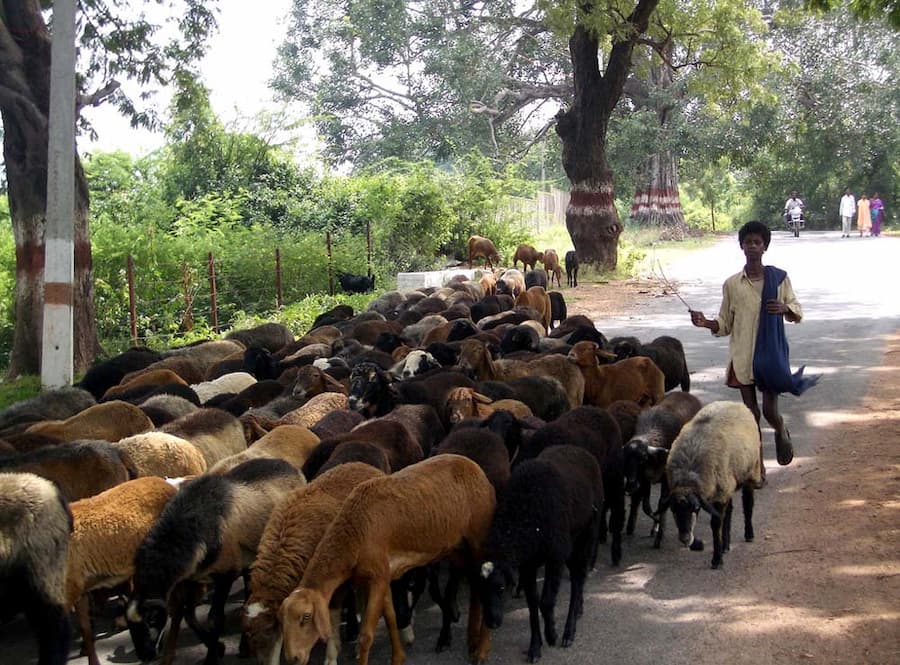 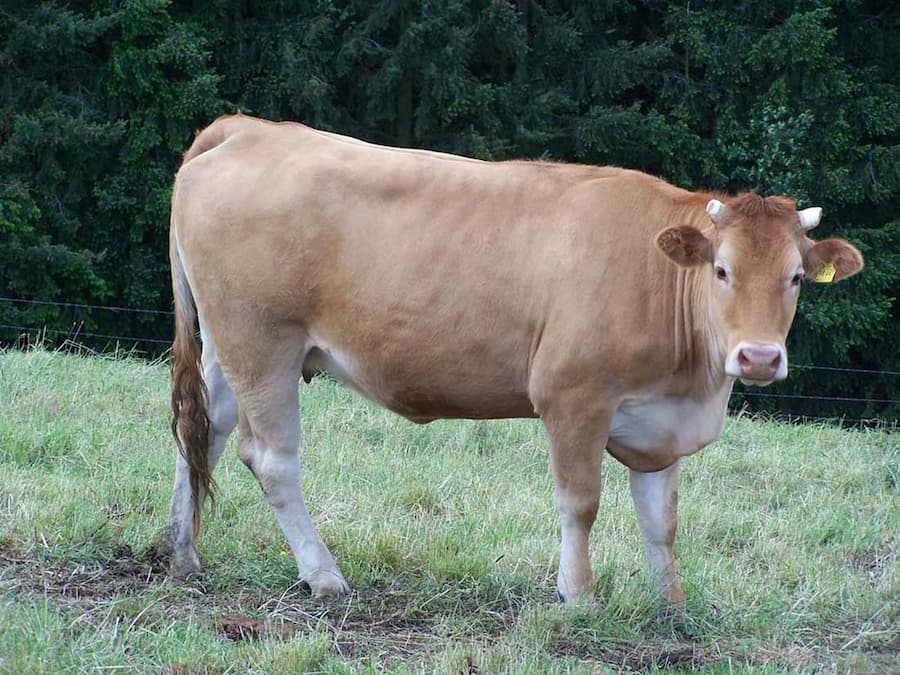 Fertilizers that are used to grow crops for our livestock feed also pose a problem.

Fertilizers are created by mixing manure and other nitrogen-rich chemicals, which are used to improve soil quality for many feed-ready grains, such as corn.

Nitrous oxide gets released when the fertilizer dissolves in the soil, causing global warming to occur at an even more rapid pace (see greenhouse effect).

Moreover, fertilizers often end up in runoff that is carried into major water supplies, causing damage to local phytoplankton, algae, and underwater plants that could help reverse the reduced oxygen dead zones in many parts of the world’s oceans, lakes, and streams. 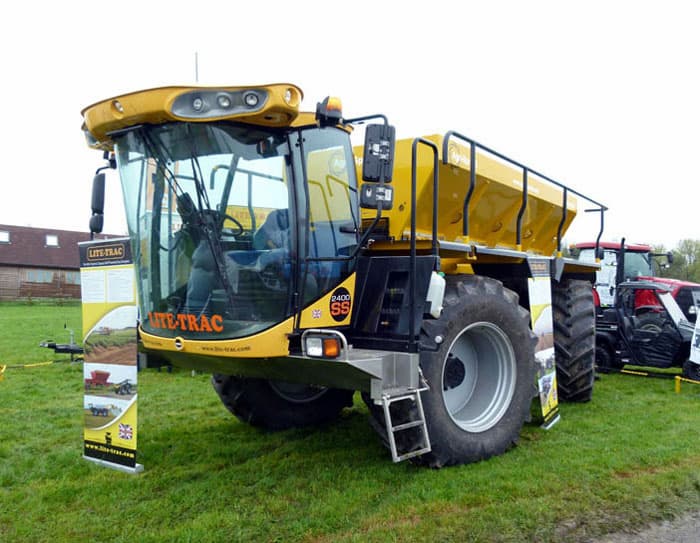 However, manure isn’t the only problem that climate change activists have to worry about when it comes to approaching the meat industry; the meat industry is one of the leading causes of deforestation in the world.

This is because more and more people are clearing forests in order to make room for new farms.

Most of the grain that the world produces is actually used to make feed for livestock. More and more farms are being created to raise livestock due to the massive increase in demand for meat around the world. 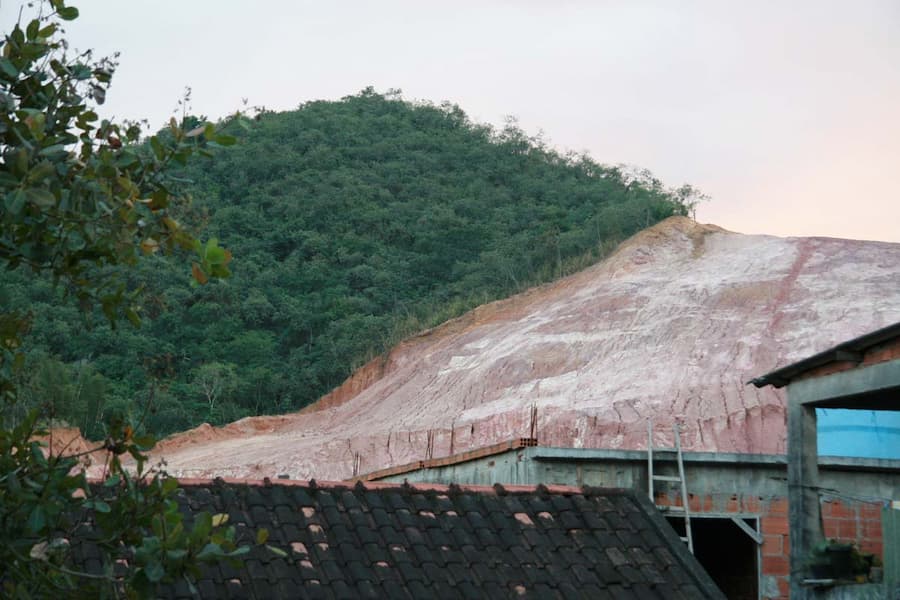 South America is a continent where the meat industry is rapidly growing, and livestock farms are becoming increasingly common.

This is worrisome due to the fact that the creation of these farms requires removing one of the world’s densest areas in terms of flora per square mile – the rainforests.

Without the trees from the rainforest to combat the effects of higher atmospheric carbon dioxide concentrations, the rate at which the world’s climate changes increases drastically.

Moreover, since South America has a lot of slash-and-burn farming, the problem is compounded due to the large amounts of carbon dioxide that are being released into the air from the burning trees.

Around 80% of total tree clearance is for cattle ranching in every Amazon nation (Source).

Although Latin America accounts for 13.6% of the world population, its farming industry represents over 23% of the world's beef and buffalo meat production, and 21.4% of poultry (Source). 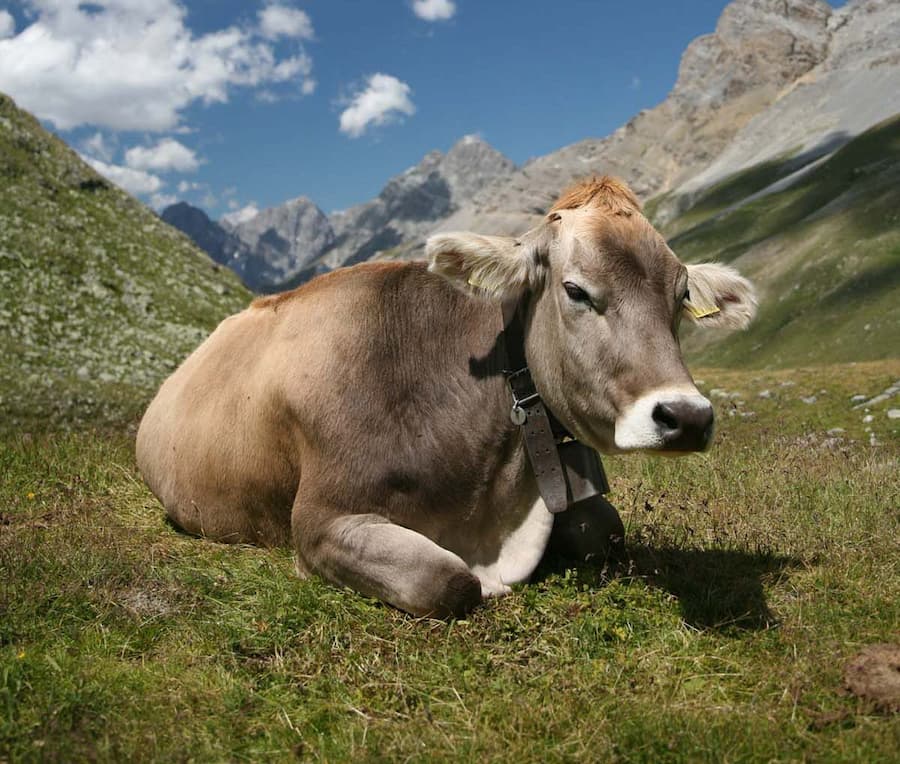 Farming, as a general rule, also has other issues that are related to climate change and pollution, and many of the problems posed by large-scale farming cannot be solved so easily.

For example, most modern farms – including the farms that are found in developing countries – use machinery that releases greenhouse gases.

The meat industry also needs to use large freezers and refrigerators in order to keep meat fresh enough to reach grocery stores safely.

This is yet another issue due to the fact that one of the first chemical groups that were linked to ozone depletion and climate change were chlorofluorocarbons, also known as CFCs.

CFCs are released via many models of freezers and refrigerators, as well as spray cans.

Furthermore, there is an effect on human health. Antibiotics used in livestock contribute to antibiotic-resistant bacteria in humans, which can be quite dangerous (Source). 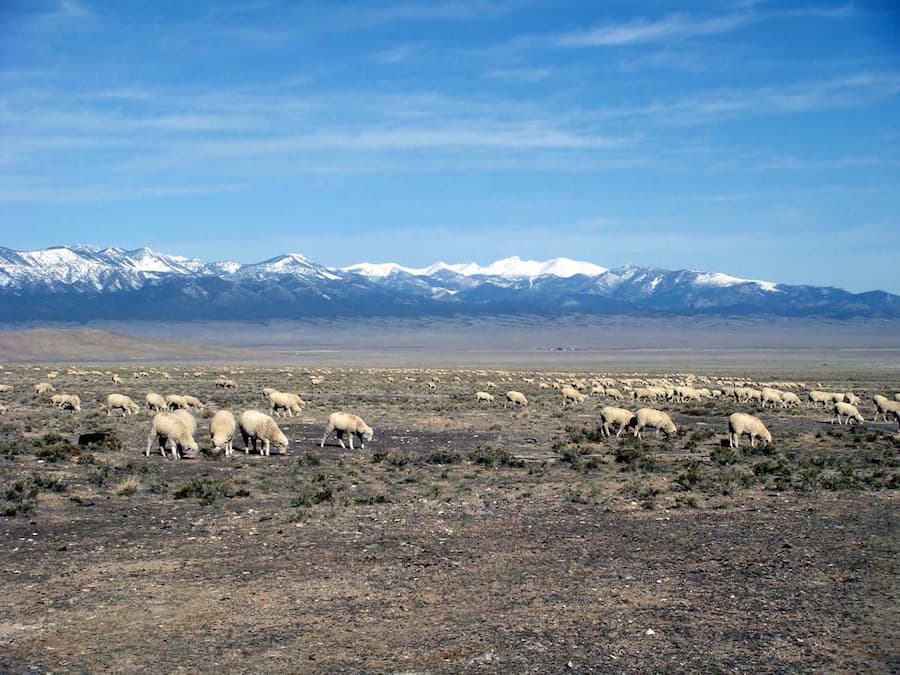 It’s also quite common for farms to use pesticides and herbicides in the process of growing grains and other feed products for livestock.

Because of the fact that both categories of chemicals are poisons by default, it should come as no surprise to anyone that many of the pesticides and herbicides that are being used by farms to keep crops healthy and pest-free often cause problems to the natural flora that is found near the farms.

The more plants we have on this planet, the slower the rate of climate change will be, making this a very serious problem. There have even been cases in which certain herbicides have killed off trees that were located near rivers that contained runoff from farms.

Moreover, many pesticide companies use spray cans that also release CFCs into our atmosphere, compounding the damage that is caused by the meat industry, as well as farming in general. 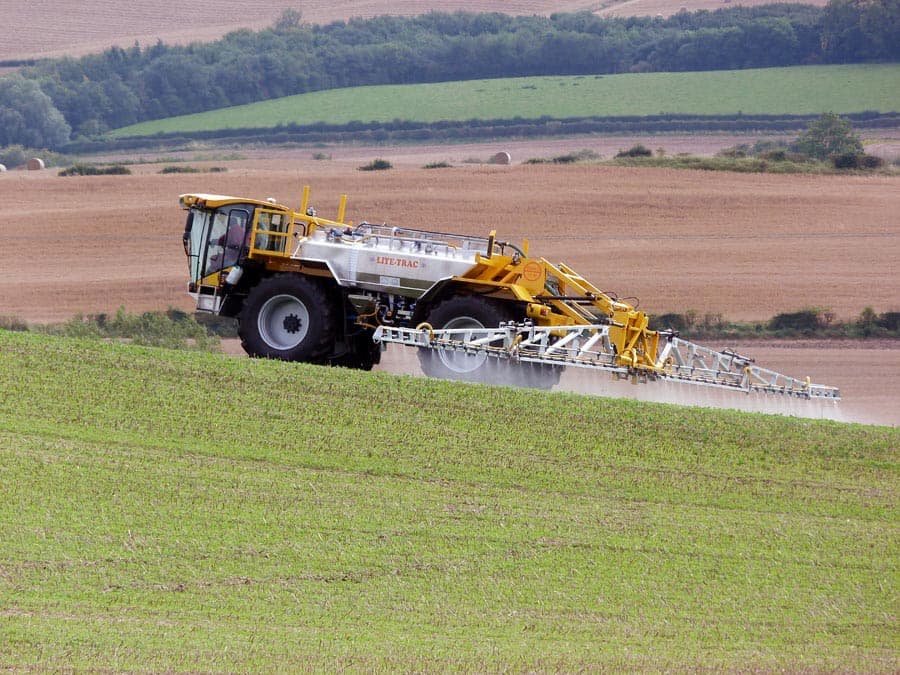 According to many experts on climate change, one of the greenest changes that you can do for Mother Earth is to become a vegetarian.

However, it is a myth that animal agriculture and eating meat are, in fact, the biggest causes of climate change. "The burning of fossil fuels for electricity and heat accounts for the majority of greenhouse gas emissions, totaling 31% of annual global greenhouse gas emissions, followed by transportation at 15%, manufacturing at 12.4% and animal agriculture at 11%" (Source).

Unfortunately, the meat industry will continue to grow, and the Food and Agriculture Organization predicted that there will be a 76% increase in global meat consumption by 2050 (Source).

People don’t even realize how much resources go into raising livestock, and if we all made the conscious decision to avoid eating meat whenever possible, there is a big chance that we could stop contributing to the climate change that could easily spell doom for our species, as well as almost every other species on this planet.

Of course, not every particular meat industry is the same. For instance, farms that don't use herbicides/pesticides, don't practice slash-and-burn farming techniques, use organic fertilizers, use vehicles running on biofuel, electricity or hydrogen fuel cells, and transport meat locally are actually not that detrimental to the environment. From Our World in Data

In truth, we humans being omnivores, it will be difficult to convince every human on the planet to stop eating meat altogether. However, we must make a conscious choice to reduce our meat consumption (if possible and if our diet/health allows it) and collectively, we must get meat from local as well as sustainable farms. That way, we can truly help stop climate change.

However, it is essential to note that plant-based diets are growing in popularity. Companies such as Impossible Foods and Beyond meat are producing meat from plants that use up 99% less water, 95% less land, and emits 90% fewer dangerous emissions than regular meat from beef (Source).

I tried Beyond Meat burgers, and I can attest that they taste just as good as regular burgers. Give it a try! 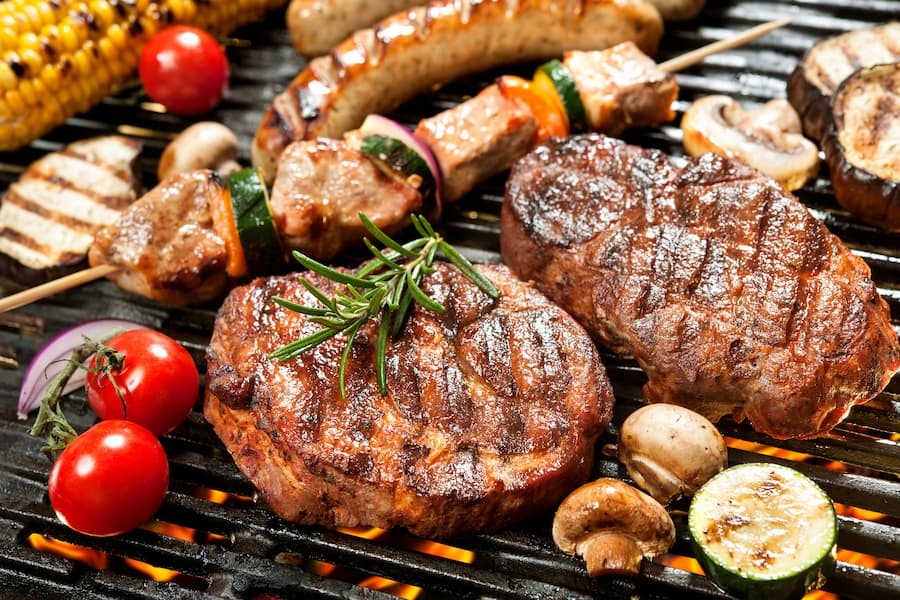