Environmental refugees or climate refugees are people displaced from their habitual homes, either temporarily or permanently, “due to resource scarcity, increased frequency of extreme weather events, and other factors, particularly in the developing countries in the Earth’s low latitudinal band” (Source).

Environmental refugees are forced to flee mainly due to one of three impacts of climate change: sea-level rise, extreme weather events, and drought and water scarcity (Source).

“Nearly 1,900 disasters triggered 24.9 million new displacements across 140 countries and territories in 2019. This is the highest figure recorded since 2012 and three times the number of displacements caused by conflict and violence.” Out of these 24.9 million, 23.9 million were weather-related (Source). 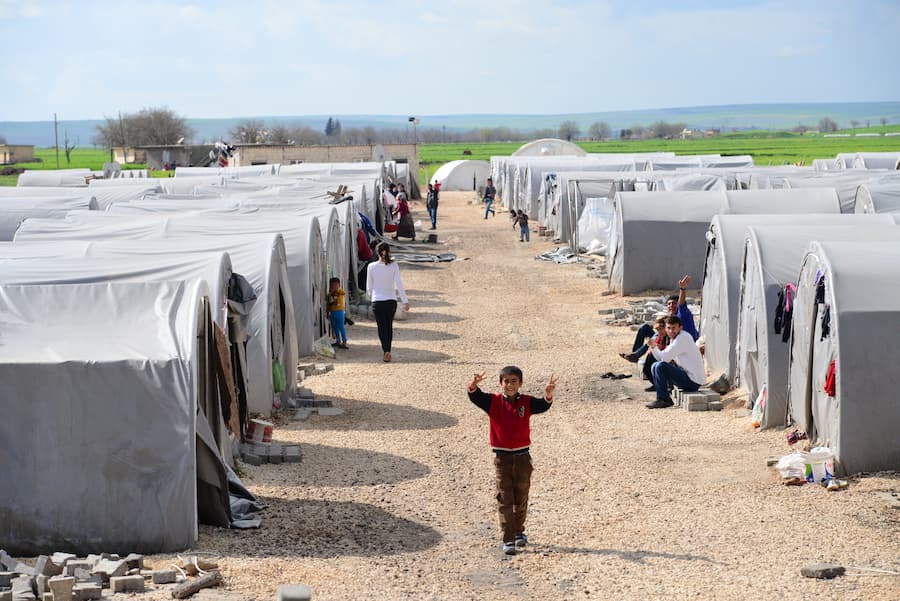 Over a Billion Refugees

The Internal Displacement Monitoring Centre has reported that there were over 42 million environmental refugees in Asia and the Pacific during 2010 and 2011. "This figure includes those displaced by storms, floods, and heat and cold waves. Still others were displaced by drought and sea-level rise. Most of those compelled to leave their homes eventually returned when conditions improved, but an undetermined number became migrants, usually within their country, but also across national borders" (Source).

Another study reported in a CNN article has found that by 2070, 19% of the earth’s surface will come under extreme heat (currently it is at 0.8%), and this will affect 3.5 billion people. This study's projection of 3.5 billion possible environmental refugees by 2070 goes far beyond the World Bank estimates (Source).

"For every 1°C (1.8°F) of warming, 1 billion people will either have to migrate to cooler regions or adapt to extreme heat conditions, the study found" (Source).

"The Earth is currently on track for 3°C of warming by 2100. The study suggests that because land areas are warming faster than the oceans, temperatures experienced by humans are likely to rise by about 7.5°C by 2070" (Source).

However, in the Guardian, there is another source stating that we may have 2 billion refugees by 2100 (Source).

Anyways, the climate is expected to warm up in the next few decades faster than it has been in the last 6000 years, and that fact has serious consequences for the human race (Source).

Nevertheless, it's important to note that the predictions above represent either worse case scenarios or business as usual, and hence the numbers can be drastically reduced if we combat climate change by quickly reducing our carbon emissions. 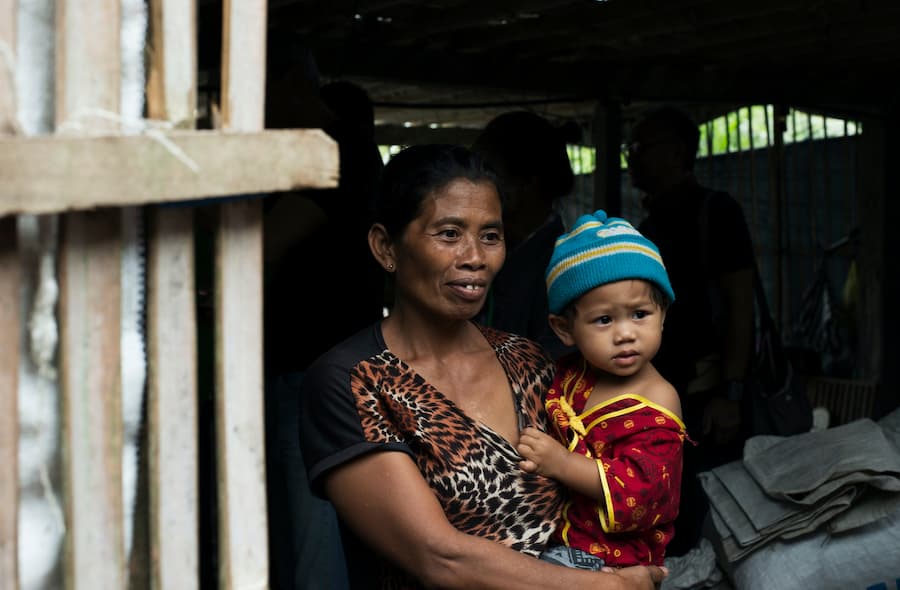 In today’s changing climate, mass displacement triggered by extreme weather events is becoming the new normal. “It could occur because newcomers increase competition for jobs, public services and other scarce resources such as housing. The inflow of migrants can also undermine social cohesion, especially when the arrival of migrants upsets an 'unstable' ethno-political balance” (Source)

"A recent World Bank report on climate change and migration reveals that, given adequate development opportunities, including adaptation measures, internal migration in sub-Saharan Africa, South Asia and Latin America triggered by climate change could be reduced by up to 80 percent" (Source)

As of early 2020, global warming (the highest contributor to global climate change) was at dangerous levels, and July 2019 was the hottest month ever recorded. And the previous five years have been the hottest years ever measured (Source).

Climate models predict we’re currently on track for heating of somewhere between 3C and 4C for 2100. Due to this, many of the places where people live and grow food will no longer be suitable for either. Higher sea levels will make today’s low-lying islands and many coastal regions, where nearly half the global population live, uninhabitable (Source).

We’ve already warmed the world by 1.1C, and we’re experiencing the effects. Once we reach 4C, most models agree it will be impossible to return to today’s abundant world. In fact, the consequences of a 4C warmer world are so terrifying that most scientists would rather not contemplate them, let alone work out a survival strategy (Source). 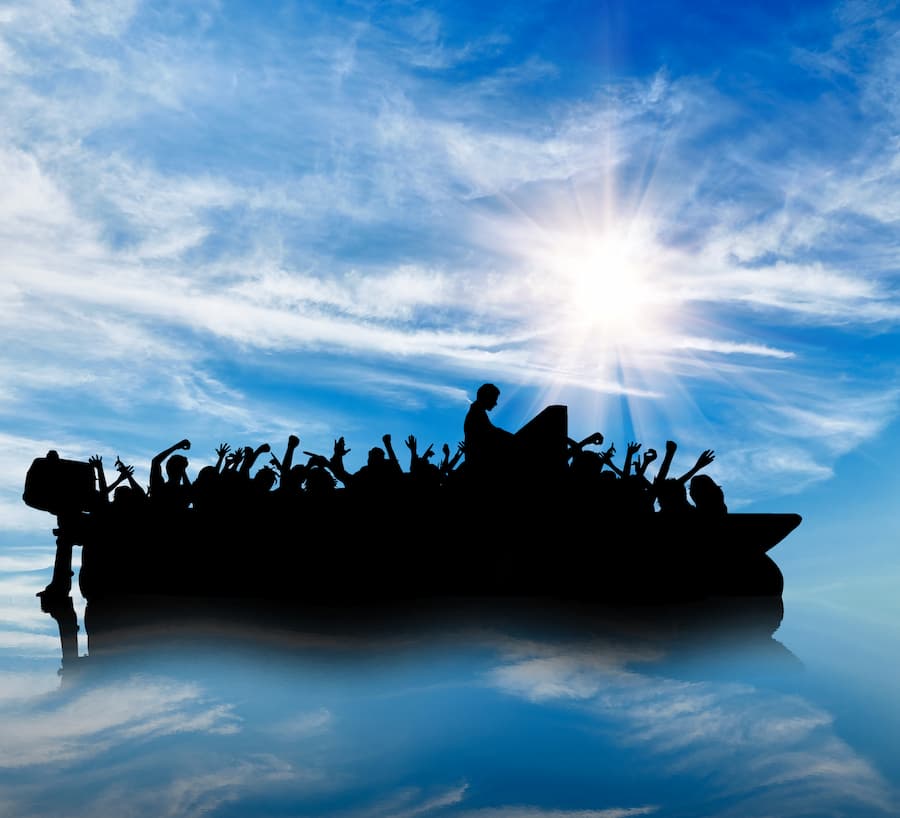 Many proposals have been advanced to address climate refugees. The Nansen Initiative, based upon a pledge made by the governments of Switzerland and Norway, recognizes that forced displacement related to disasters is a reality and among the biggest humanitarian challenges facing the international community. The Nansen Initiative has gained considerable traction and is the only framework that seeks to govern cross border displacement (Source).

The Peninsula Principles on Climate Displacement proposed by Displacement Solutions cover both sudden and slow-onset events but are limited to internal displacement (Source). 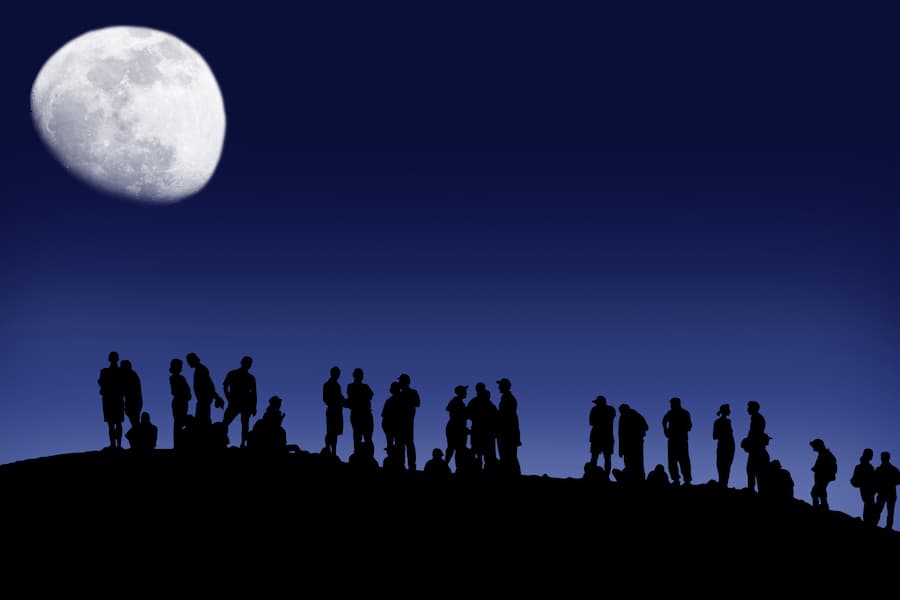 The best approach to prevent environmental migration at the mass level is to invest in mitigation measures to minimize the catastrophic consequences that give rise to displacement.

And since we have locked in a certain amount of adverse consequences due to the greenhouse gases that we have already emitted, the next best option is to provide adaptation assistance to the most vulnerable nations that are likely to generate large numbers of climate refugees. By planning, we will be able to address the protection gap before we are faced with a humanitarian catastrophe (Source).

We will also need to acknowledge that the shrinking of lakes and the severe problem of desertification will lead to climate refugees. The serious problem of water and food shortages will lead to environmental refugees as well. Moreover, climate change will cause more wars over natural resources, which could bring forth millions of refugees.

It is important that we act on climate change now, and not wait until we have hundreds of millions of refugees around the globe literally. Just imagine the social-political impact of one million refugees. Now imagine the impact of a hundred million. We need to do what we can to mitigate climate change, the world's greatest challenge. 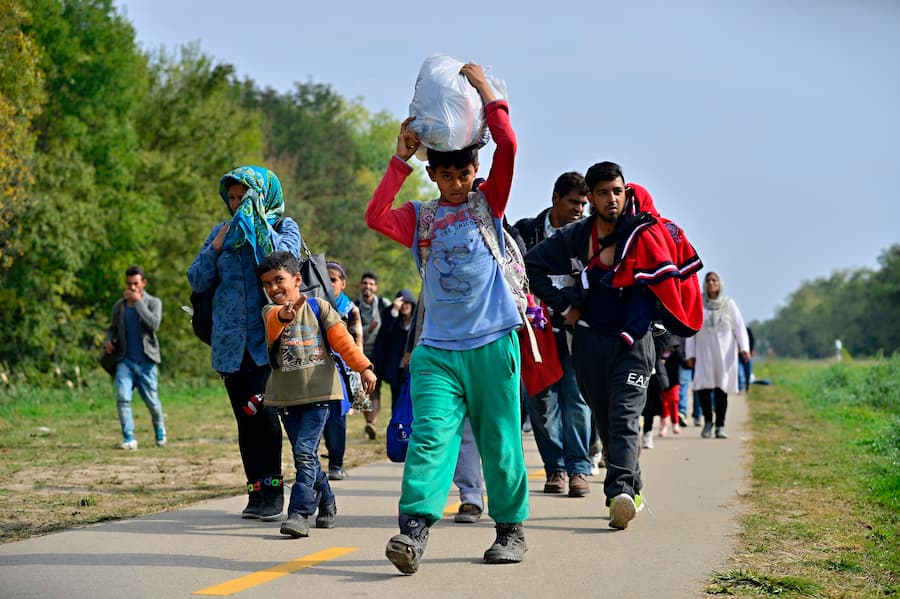