In 1994, the UN established the United Nations Convention to Combat Desertification (UNCCD). It sets out the definition of Desertification as “land degradation in arid, semi-arid and dry sub-humid areas resulting from various factors, including climatic variations and human activities” (Source).

According to Encyclopedia Britannica, "Desertification, also called desertization, the process by which natural or human causes reduce the biological productivity of drylands (arid and semiarid lands). Declines in productivity may be the result of climate change, deforestation, overgrazing, poverty, political instability, unsustainable irrigation practices, or combinations of these factors" (Source). 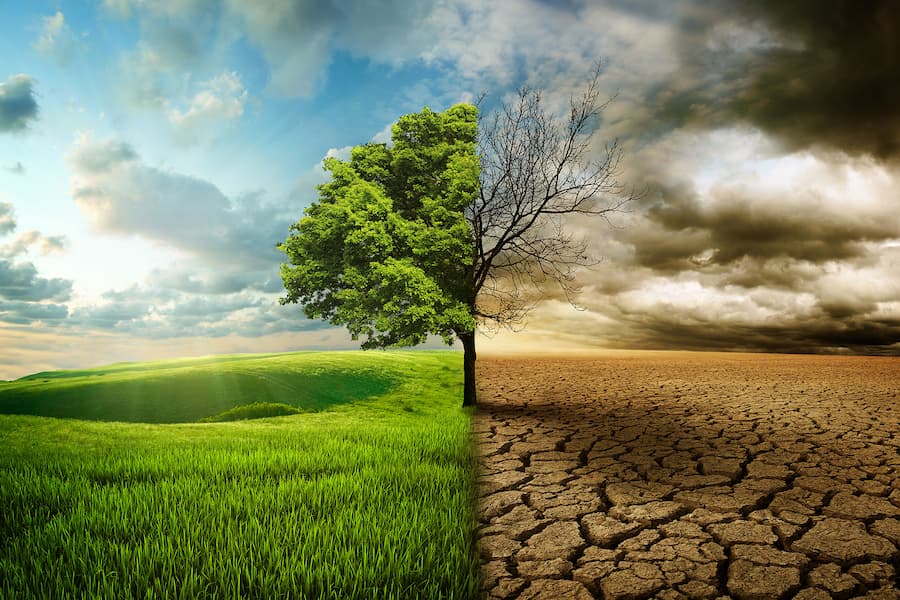 Over the past decades, the frequency and severity of desertification have dramatically increased. It is difficult to estimate the total number of people affected, but IPCC suggests that desertification affected 500 (±120) million people in just 2015. The most vulnerable are the people living in “South and East Asia, the circum Sahara region including North Africa and the Middle East including the Arabian Peninsula” (Source).

According to an article published in 2015 by the BBC, "The UN says land degradation affects 1.5 billion people globally" (Source).

Also, from that article, "According to the UN, over 50 million people could move from the desertified areas of sub-Saharan Africa towards North Africa and Europe by 2020" (Source).

Furthermore, "Each year, UN figures say, 12 million hectares of land are lost. That's land where 20 million tonnes of grain could have been grown" (Source). 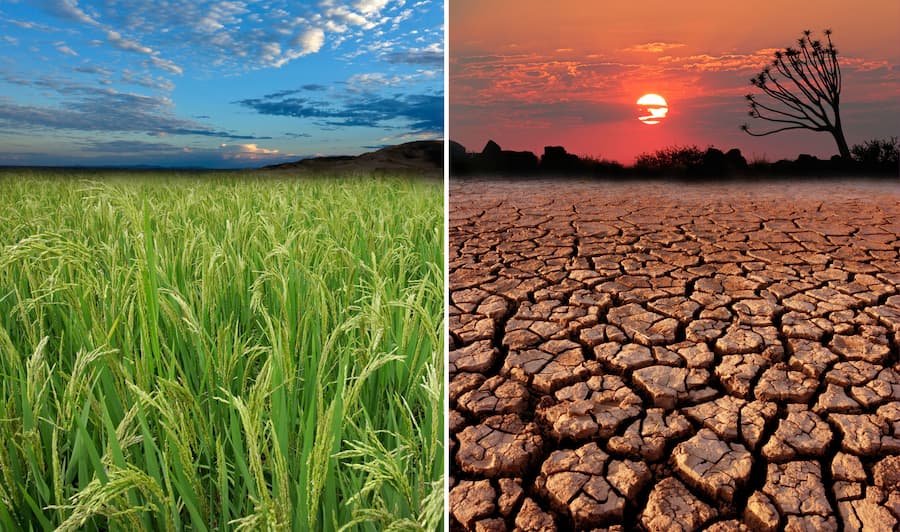 The increase in the intensity of desertification can be attributed to human’s multiple deteriorating activities, including “expansion of croplands, unsustainable land management practices and increased pressure on land from population and income growth” (Source).

"The dryness of the Earth's surface, known as aridity, is a major factor in determining the incidence of natural disasters like drought and wildfires. Increases in aridity, or aridification, in a region tend to lead to the degradation of land and, eventually, desertification” (Source).

Studies suggest a 2–degree warming of the planet would lead to significant aridification, and at least 25% of the land surface of the Earth will become "considerably" drier. Even if we meet the targets established by the Paris agreement to restrict the warming to 1.5–degrees, a twelfth of the Earth’s surface would suffer severe aridification (Source).

"The planet has already warmed one degree since pre-industrial times, and most climate scientists agree that temperature change is significantly responsible for increasing drought or desertification from Brazil to the Mediterranean and Australia" (Source). 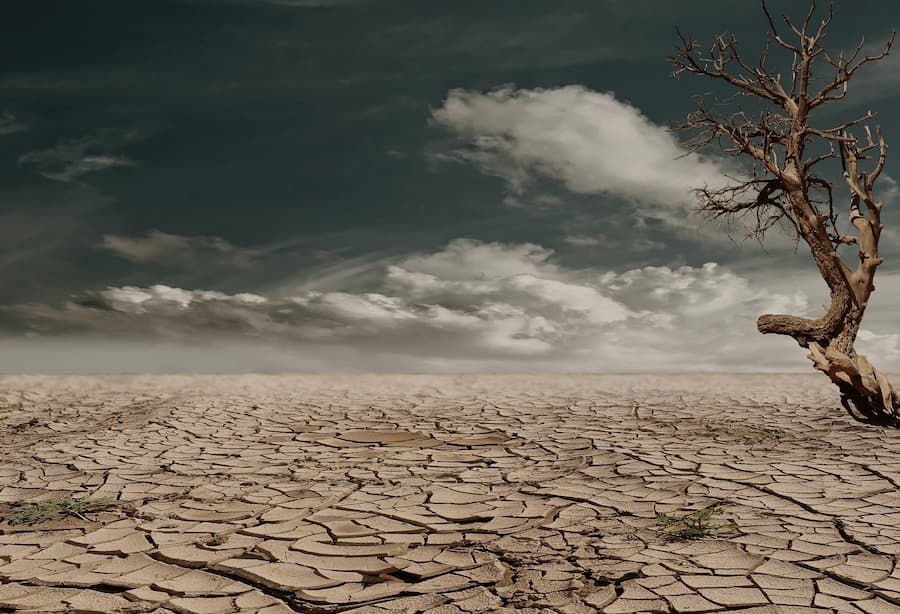 To prevent and reverse desertification, major policy interventions and changes in management approaches are needed. Interventions implemented at local & global scales, with the active engagement of stakeholders and local communities is required.

Over the years, overgrazing has been thought to be the primary cause of desertification in many areas, and scientists have tried reducing the livestock population to combat the problem. However, several recent studies have come up, suggesting newer and improved ways to restore the desertified lands.

The Great Green Wall was conceptualized in 2007 to revitalize the Sahara Desert with a 7700km wall of trees. "The purpose was to provide a mighty barrier against the advance of the Sahara, and to reverse the plague of desertification spreading drought, famine and poverty through the Sahel region" (Source).

"The projects has sky-high ambitions; to restore 50 million hectares of land, provide food security for 20 million people, create 350,000 jobs, and sequester 250 million tons of carbon." Unfortunately, a previous project in the Sahel region ran into trouble when it was found that 80% of trees died within two months without water or protection (Source).

Niger farmers’ practice of natural regeneration of the land, which uses practices such as “reviving the roots of plants and trees, and digging 'half-moon' pits to store water” is much more successful and has been incorporated into the great green wall program and replicated in several other areas (Source).

In Niger, "These methods have succeeded in restoring five million hectares of land, and around 200 million trees. Reij estimates this delivers an additional 500,000 tons of cereal grain a year, which is enough to feed 2.5 million people. The investment amounted to less than $20 per hectare" (Source).

"There is a growing movement to redefine the Great Green Wall as something closer to a mosaic, abandoning plans for a vast forest in favor of a patchwork of greening initiatives tailored to local conditions" (Source). 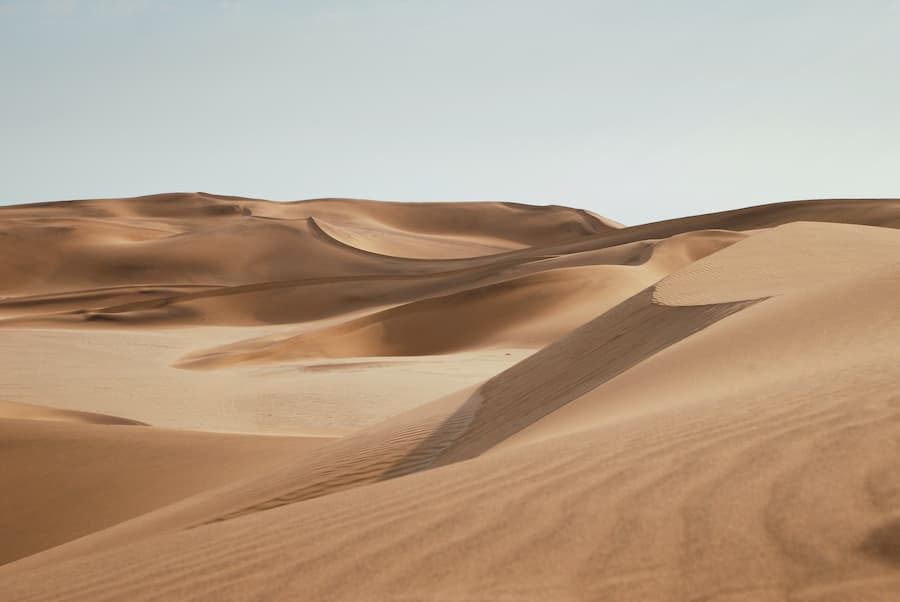 Allan Savory, in a Ted Talk video, claimed that "Holistic Management and Planned Grazing" could be a solution to the ever-intensifying problem of desertification. Savory suggests that adopting grazing practices to mimic nature would reduce the crust of algae that forms on the soil in dry areas. Livestock movements would break the algae resulting in the growth of grass, and the manure produced will result in soil absorbing and retaining more water. (Source).

However, several fellow scientists have challenged the study. They claim that holistic grazing does not have a very big impact on restoring the lands, citing “grazing by livestock in arid places is more likely to destroy grass and other vegetation than to protect it.” The scientists say that loss of the algae on the crust results in increased erosion and reduces soil fertility (Source).

In an article from the Guardian written by George Monbiot, it states, "I would love to believe him. But I’ve been in this game too long to take anything on trust – especially simple solutions to complex problems. So I went to the library and started reading. A large number of academic papers have been published in response to his claims, testing them by means of experimental and comparative studies. The conclusion, overwhelmingly, is that his statements are not supported by empirical evidence and experimental work, and that in crucial respects his techniques do more harm than good" (Source).

Recently, we went through the hottest years on record and unfortunately, climate change will bring forth many effects.

We will have worse droughts, dust storms, heat waves, and wildfires.

Many of these effects will contribute to shortages of food and water. In addition, climate change will shrink certain lakes, which will make the situation even worse.

As people compete for resources, there could be conflicts. 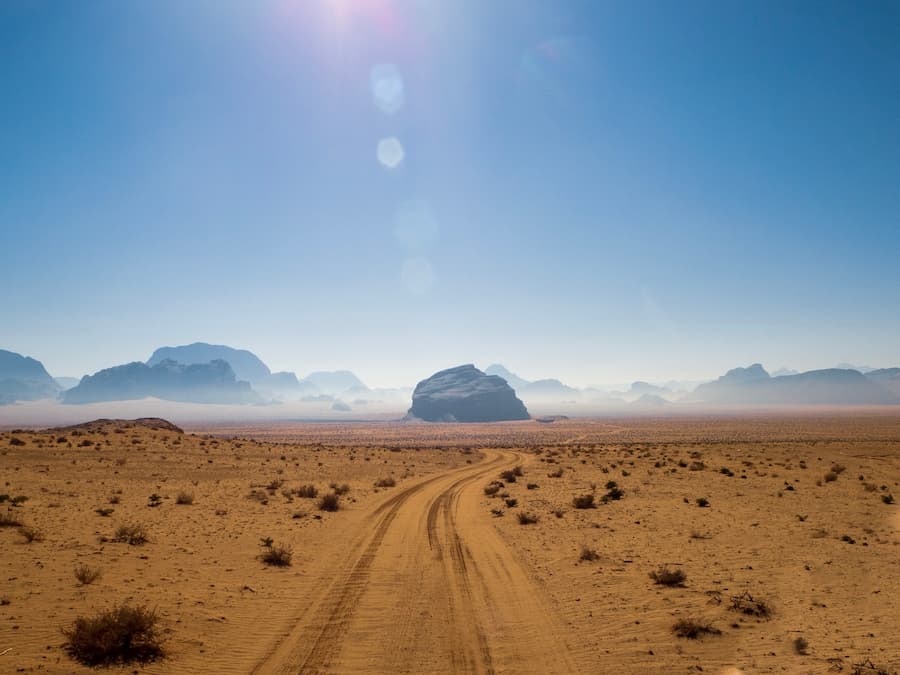