Climate change is increasing the outbreak of dengue fever as well as malaria due to higher surface temperatures.

In fact, many diseases such as malaria, elephantiasis, Rift Valley fever, yellow fever, and dengue fever will increase in areas that have extreme flooding and drought. Unfortunately, climate change will cause more extreme flooding and drought, and therefore there is a strong link between dengue fever and climate change (Source).

Essentially, floods allow more standing water for mosquitoes to breed, and on top of that, warmer climates allow these mosquitoes to grow faster and feed more (Source).

"Worldwide each year, there are 100 million cases of dengue infections severe enough to cause symptoms, which may include fever, debilitating joint pain and internal bleeding. There are an estimated 10,000 deaths from dengue — also nicknamed breakbone fever — which is transmitted by Aedes mosquitoes that also spread Zika and chikungunya" (Source).

Dengue fever will likely expand in the southeastern United States, in coastal areas of China and Japan, and inland regions of Australia (Source). 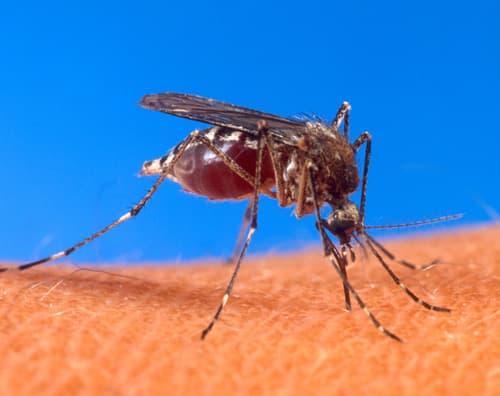 Affecting a Large Portion of the Human Population

According to an article by the Guardian written in December 2019, "Rising temperatures across Asia and the Americas have contributed to multiple severe outbreaks of dengue fever globally over the past six months, making 2019 the worst year on record for the disease" (Source).

"In 1970 only nine countries faced severe dengue outbreaks. But the disease, which is spread by mosquitoes that can only survive in warm temperatures, is now seen in more than 100 countries. There are thought to be 390 million infections each year" (Source).

According to CNN, "Scientists say hotter, wetter weather brought on by climate change has created ideal conditions for female mosquitoes to lay their eggs. Not only are there more mosquitoes, but the rapid urbanization occurring in many Asian nations means that susceptible populations are living in closer contact with disease-carrying insects" (Source).

According to the World Health Organization, more than half of the human population is currently at risk (Source).

"As the planet gets warmer, scientists say, mosquito-borne diseases will continue spreading farther north. A recent study found that rising global temperatures caused by the climate crisis could see the female aedes aegypti mosquito which carries dengue -- along with other diseases such as chikungunya, yellow fever and Zika -- migrate to areas where it was not endemic before, with Europe, the US, East Asia and parts of central America, East Africa and Canada seeing large increases in risk" (Source). 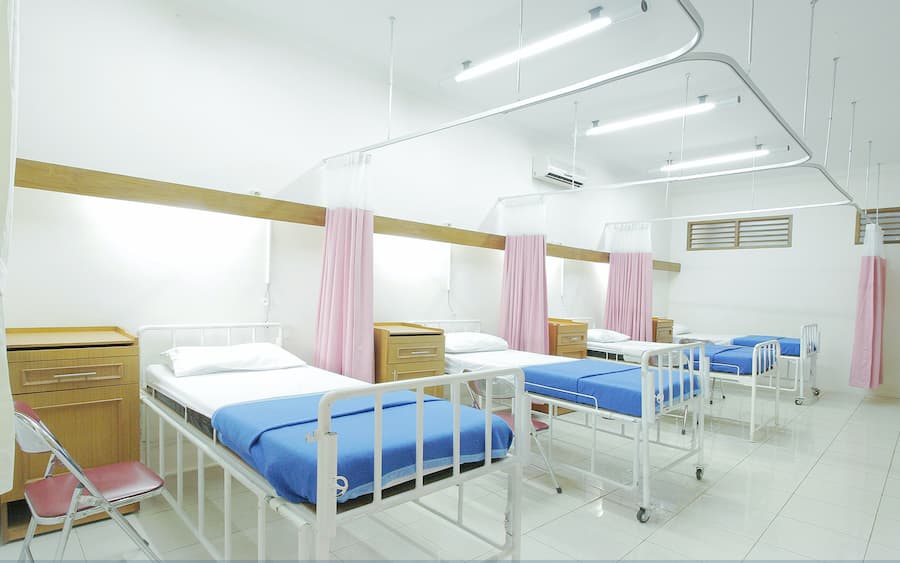 “The hotter the climate, the better the mosquito is at breeding, but it is now coming up higher and higher to cities like Bogotá and Mexico City that are well above sea level, cities traditionally believed to be safe from the Aedes mosquito" (Source).

"Warming temperatures help expand dengue’s range because, in part, as it gets warmer mosquitoes can thrive in more places where they couldn’t previously. Warming temperatures also shorten the time it takes a mosquito to become a biting adult and accelerate the time between when a mosquito picks up a disease and is able to pass it on" (Source).

In 2019, "Across Asia the scale of outbreaks has been taking communities by surprise. In Pakistan one city hospital in Rawalpindi admitted more than 2,000 dengue patients in a single weekend in October. Across the country a record-breaking 47,000 people have been infected this year, almost double the previous high of 27,000 in 2011" (Source).

There were also outbreaks in other countries, including Bangladesh, Thailand, Cambodia, and Laos. For instance, there was a particularly severe scenario in the Philippines, in which 1000 people died of the disease. This included hundreds of children (Source).

There has been a dramatic increase in the cases of dengue fever since the 1970s, and it is continuing to be more prevalent (Source).

"The greater incidence of this disease is believed to be due to a combination of urbanization, population growth, increased international travel, and global warming" (Source).

A couple of years ago, there was no vaccine or true treatment for this serious illness. However, there were treatments to help with some of the symptoms of dengue, including the use of oral or intravenous fluids for rehydration (Source). 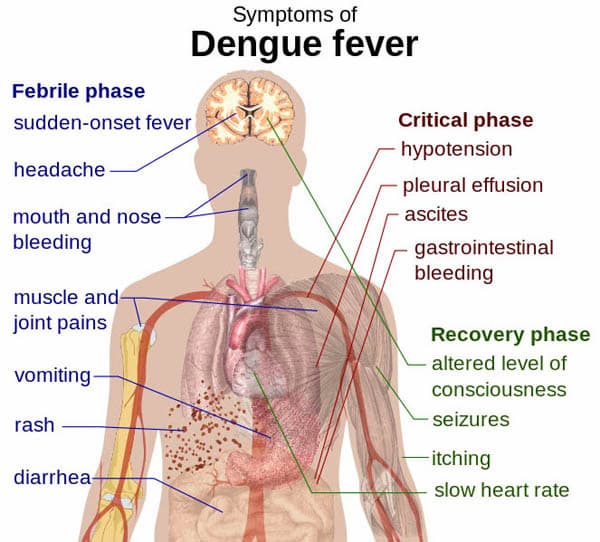 The mosquito-borne dengue hemorrhagic fever has spread rapidly from the tropics of South and Central America as temperatures warm, and the mosquitoes extend their range northward.

Essentially, as temperatures rise, mosquitoes and other insects could climb to higher altitudes and thus will spread the disease. They are also spreading away from the tropics.

In fact, many villages in third world countries have been founded at higher altitudes in order to be protected from these mosquitoes, and now, they are facing the dire consequences of this disease.

According to an article by the Guardian written in December 2019, "Mosquitoes have also brought dengue to places where it has never been seen before, including the hills of Nepal, never warm enough in previous years for the disease to take hold. In Nepal there have been nearly 14,000 cases of dengue since mid-July. The previous record was 2,000 two years ago" (Source).

The number of reported dengue cases increased dramatically across the world from Brazil to Bangladesh, and from Honduras to the Philippines. In the Philippines, more than 1000 people died in 2019 from dengue fever. However, in general, this illness has a fatality rate of less than 1 percent (Source).

"The models predict that by 2050, 49% of the world’s population will live in places where these species are established if greenhouse gas emissions continue at current rates, and if they are not curbed, even greater areas will be at risk" (Source).

"One projection estimates that climate change, urbanization, and other factors could result in more than 6 billion people at risk of dengue infection by 2080" (Source).

There was a study that shows that a large percentage of the human population will be affected in the future: "Globally, the study estimated that more than two billion additional people could be at risk for dengue in 2080 compared with 2015 under a warming scenario roughly representative of the world's current emissions trajectory. That increase largely comes from population growth in areas already at high risk for the disease, as well as the expansion of dengue’s range" (Source).

In the Americas, the amount of cases of dengue fever has doubled each decade since the 1980s, and 2019 was particularly severe (Source). 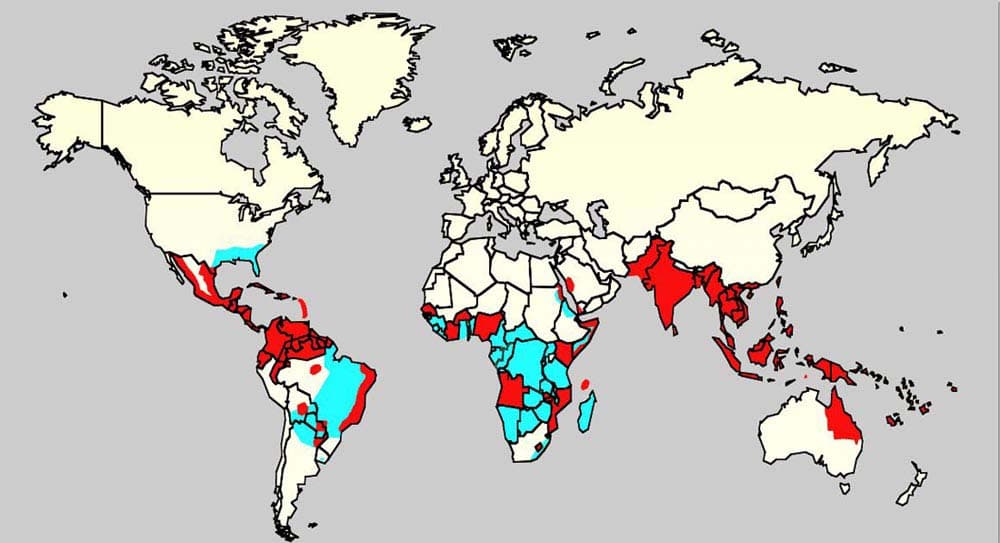 A. aegypti distribution with history of epidemic dengue

A. aegypti distribution without history of epidemic dengue

Severe Impacts But Not Enough Treatment

Moreover, as the disease spreads to new regions, it will hit people who have not grown immune to the disease, and this will have serious repercussions.

Sadly, there used to be no vaccines or drugs that are able to combat the dengue virus until recently.

"In 2016 a partially effective vaccine for dengue fever became commercially available in the Philippines and Indonesia. It has been approved for use by Mexico, Brazil, El Salvador, Costa Rica, Singapore, Paraguay, much of Europe, and the United States. The vaccine is only recommended in individuals who have had a prior dengue infection or in populations where most (>80%) of people have been infected by age 9. In those who have not had a prior infection there is evidence it may worsen subsequent infections. For this reason Prescrire [a medical magazine] does not see it as suitable for wide scale immunization, even in areas were the disease is common" (Source).

"The vaccine is produced by Sanofi and goes by the brand name Dengvaxia. It is based on a weakened combination of the yellow fever virus and each of the four dengue serotypes. Studies of the vaccine found it was 66% effective and prevented more than 80 to 90% of severe cases. This is less than wished for by some. In Indonesia it costs about US$207 for the recommended three doses" (Source).

There is still research ongoing for new vaccines that could be more effective. 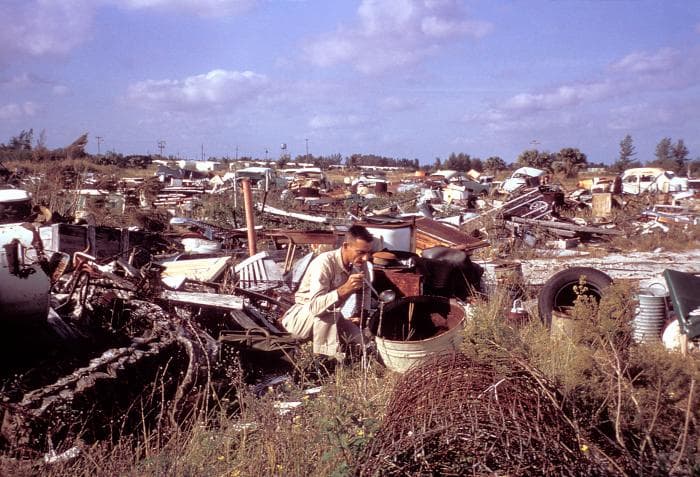 "People living in densely populated slum areas with no running water or proper sewage and rubbish collection systems are particularly at risk of catching dengue" (Source).

"During heavy rainfall, slums often flood because drains are non-existent or blocked, leaving puddles of stagnant water outside people’s homes where mosquitoes can breed" (Source).

"During periods of rain and drought, slum dwellers often store water in buckets and collect rain water in roof-top tanks. Water also collects in discarded tires and among rubbish. All are ideal breeding grounds for mosquitoes" (Source).

Consequently, this could overwhelm public health services in many regions worldwide during epidemics.