There is a link between climate change and hurricanes.

Hurricanes or tropical cyclones are one of the world’s costliest and most destructive natural climate disasters destroying communities and resulting in huge economic losses. A study published recently provides evidence linking human-induced global warming to an increase in the severity of these extreme weather events (Source).

“We’ve just increased our confidence of our understanding of the link between hurricane intensity and climate change,” James Kossin, the lead author of this new study and a researcher with NOAA and the University of Wisconsin told Washington Post (Source).

Researchers found that storms are becoming stronger and wetter, and hurricanes are growing more severe in their intensity. “We have a significantly building body of evidence that these storms have already changed in very substantial ways, and all of them are dangerous,” Kossin adds (Source). 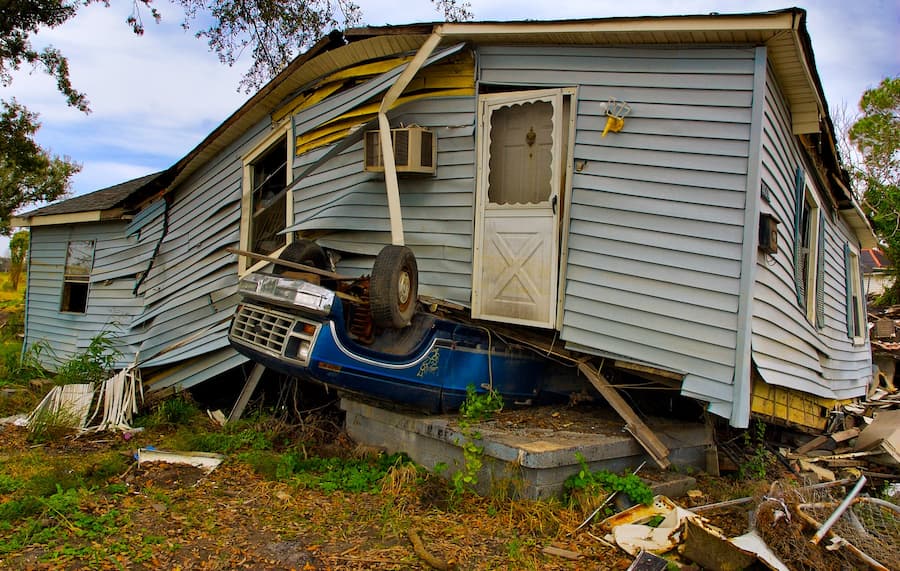 The 2017 Atlantic hurricane season was exceptionally bad, which witnessed three of the five costliest hurricanes in US history (Source).

“Harvey broke the record for most rainfall from a tropical cyclone in the US, with more than 60 inches of rain falling at two measuring stations in Southeast Texas” (Source).

The Guardian reports, “Hurricane Harvey was Texas’s most deadly in a century, killing 68” (Source).

Within a month of hurricane Harvey, Irma and Maria followed, affecting Florida, Puerto Rico, and a large part of the Caribbean (Source).

Hurricane Irma made “landfall in Florida on September 10, 2017, as a Category 4 hurricane”. This intense Atlantic hurricane resulted in 129 deaths in Florida, Georgia, and North Carolina. “Wind damage compromised power lines, and a storm surge caused extensive flooding, primarily along the coast” (Source).

Less than two weeks after Irma, Hurricane Maria pummeled numerous islands in the Caribbean, levelling cities with winds as high as 150-mph. For almost a year, Puerto Rico authorities underreported the death toll at 64, when in reality, the toll was as high as 2975. It caused around 90 billion dollars in damages “and left households for, on average, 84 days without electricity; 64 days without water and 41 days without cellular telephone coverage” (Source). 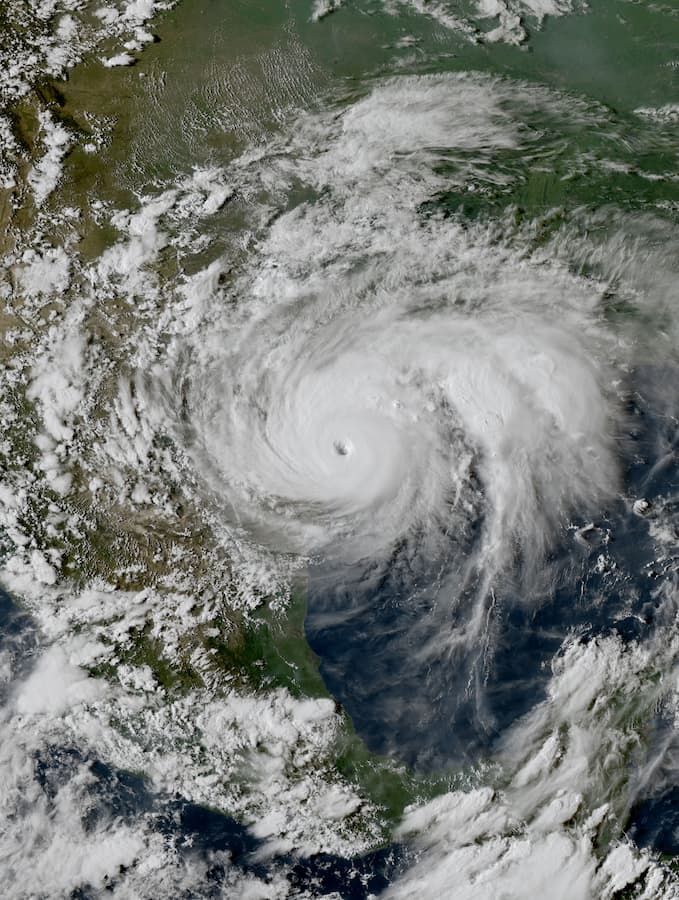 Hurricane Sandy struck the United States on a late evening in October, flooding the streets and knocking down power lines. “In the nine days that Sandy raged, it killed 70 people in the Caribbean and almost 150 people in the U.S.” (Source).

Scientists have reported that in the case of Hurricane Sandy, warm waters made the situation worse. "It is possible that subways and tunnels may not have been flooded without the warming-induced increases in sea level and storm intensity and size. Putting the potential price tag of human climate change on this storm in the tens of billions of dollars" (Source).

"The climate is changing: we have a new normal. The environment in which all weather events occur is not what it used to be. All storms, without exception, are different. Even if most of them look just like the ones we used to have, they are not the same" (Source).

According to the website Skeptical Science, "There are several ways in which human-caused global warming contributed to the damage caused by Hurricane Sandy - by causing higher sea levels (bigger storm surges and flooding), warmer oceans (a stronger hurricane), and more moisture in the air (more flooding)" (Source). Hurricane Katrina was massive and is the most devastating hurricane in terms of damages caused in recorded history. This category 3 hurricane resulted in 1833 deaths (Source). 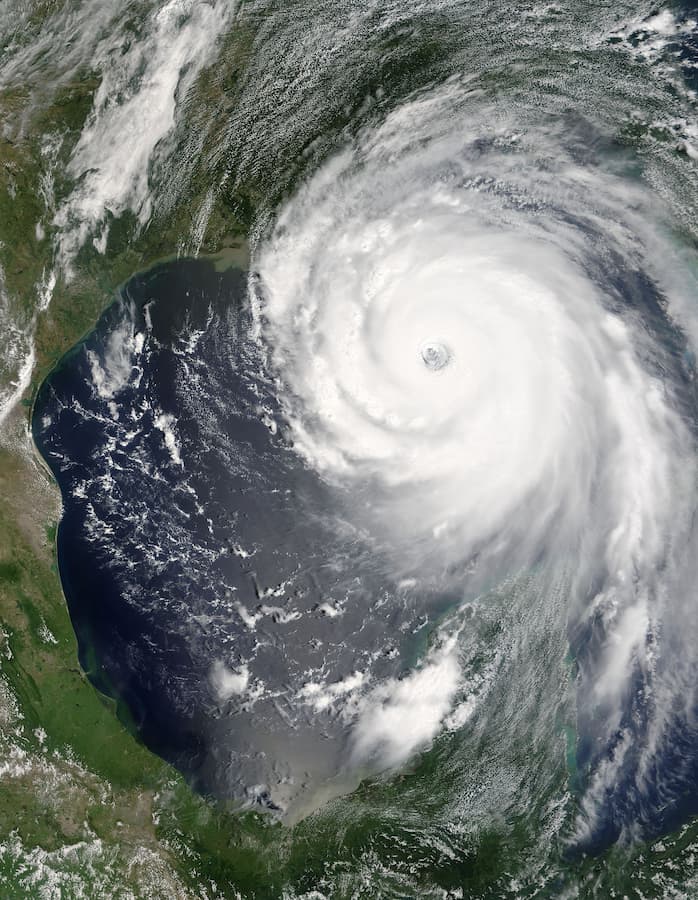 The intensity and the devastation unleashed by hurricanes are becoming stronger worldwide, and climate change is a key contributor to making these disasters deadlier than ever before.

The science behind the hurricanes suggests that a warmer world would result in a higher intensity of hurricanes because of warmer water, which fuels these storms with more energy. Center for Climate and Energy Solutions has directly linked warmer surface sea temperature to stormwind speeds causing more devastation in their reach (Source).

The NOAA suggests that there is likely going to be an increase in category 4 and category 5 hurricanes, and hurricane wind speeds could increase by up to 10 percent. Also, warmer sea temperatures will cause hurricanes to become wetter, with an increase of 10-15 percent in precipitation from cyclones projected in a 2 degree Celsius scenario (Source).

The rise in global average temperature continues, which increases the threat from these tropical storms. The only remedy to this devastating situation is rapid decarbonization. However, the task of limiting emissions is daunting, and the current trends show no respite from the increasing greenhouse gases in the atmosphere. This trend is likely to continue in the future unless drastic measures are put in place, and transition to net-zero carbon emissions happens earlier than envisioned. 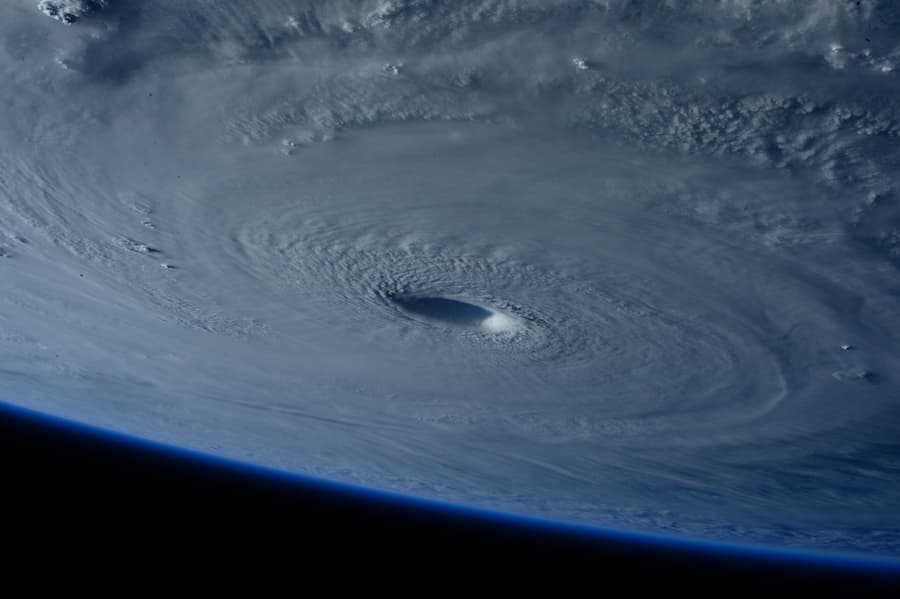