A 2016 documentary called "A Plastic Ocean" illustrates how we are causing severe damage to the ocean with our tremendous consumption of plastics.

This documentary was executively produced by Leonardo DiCaprio, a famous environmentalist and actor.

The movie mentions the Great Pacific Garbage Patch, a topic I covered on my website many years ago. 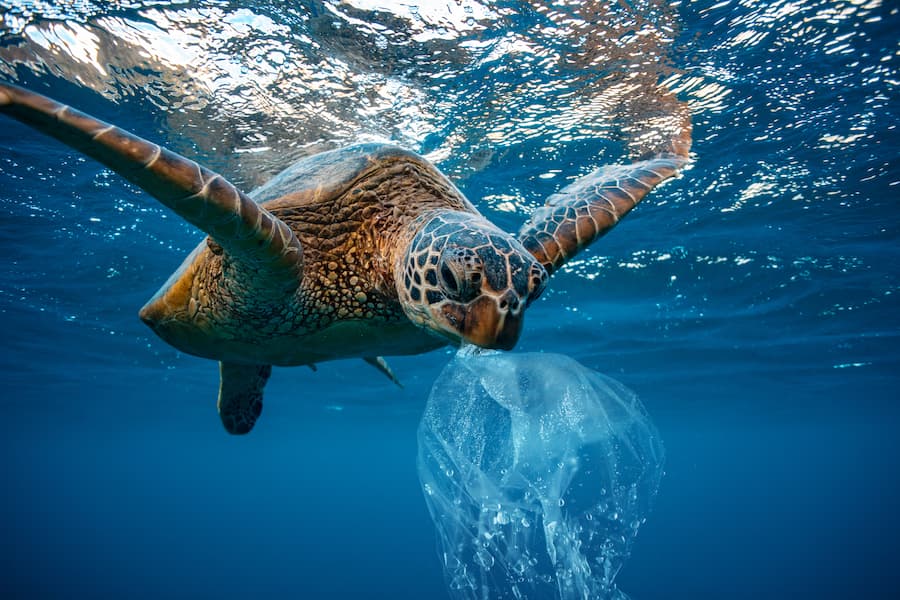 The documentary follows Craig Leeson, who is also the director and writer of the film. Craig and free diver Tanya Streeter, along with a team of scientists and researchers, travel to many locations around the world to explore the severe problem of having too much plastic released into our oceans.

Early in the film, during a TEDx talk, Tanya states that humanity has produced more plastic in the previous ten years than in the century before that. Also, she says that half of those plastic products are considered "disposable."

Where does all this plastic go? Unfortunately, a lot of plastic is swallowed by animals, including whales.

The movie shows footage of a whale that had six square meters of plastic sheeting inside it. It could not eat, and it eventually died of malnourishment. Tanya states, "Its digestive system was blocked and it died a terrible, painful death."

Much marine life, including whales, has trouble distinguishing between their usual food source and plastic, so they swallow it. 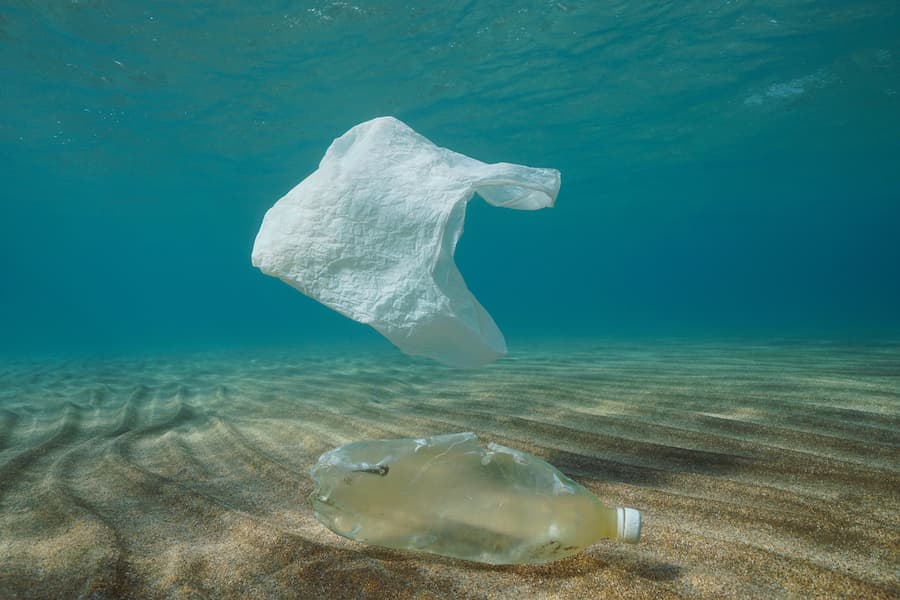 The film states that 63 billion gallons of oil are used every year just to supply the United States with plastic water bottles. Also, the U.S. alone throws away 38 billion bottles every year. This accumulates to 2 million tons of plastic going into American landfills, just in terms of water bottles.

In 2016, every single person on the planet will use and dispose of, on average, about 300 pounds (136 kilos) of single-use plastic.

In the film, it is remarked that plastic is wonderful because it is durable, but it is also terrible due to the fact that it is durable. "Almost every piece of plastic ever made is still on the planet in some form or another."

Furthermore, "Plastic production globally this year is expected to be more than 300 million tons." Half of these are used just once and then thrown away.

Craig says that "By 2050, when the population explodes to almost ten billion people, it's expected that plastic production will triple."

Craig reports that "today, only a fraction of the plastic that we produce is recycled. The rest ends up in our environment and it's coating our land and our oceans like a disease." 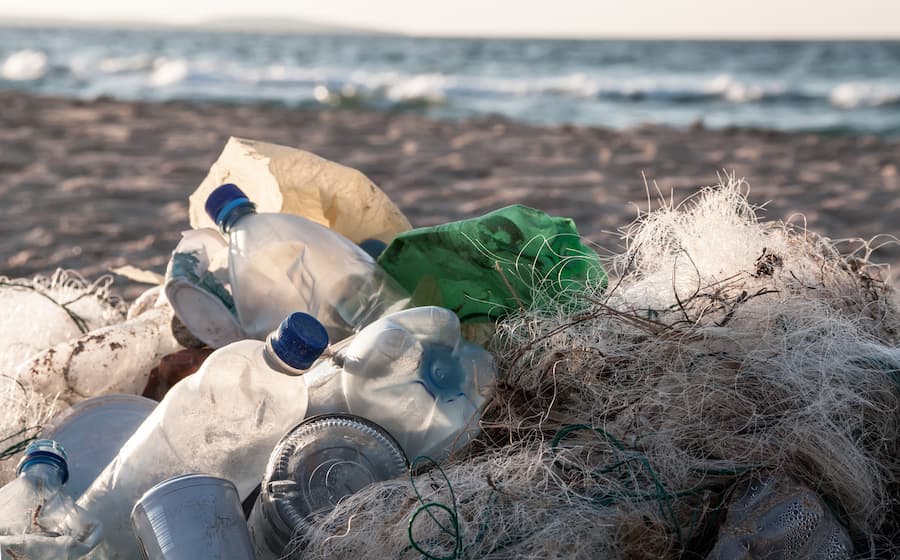 To the Depths of the Ocean

Tanya states that "Over 80 percent of ocean plastic leaks from land-based sources. Even if you don't live near the ocean, chances are your plastic garbage has found its way to the sea."

Tanya explains that the Great Lakes in North America are a good example.

She says, "80 percent of the litter along the shorelines of these majestic lakes is plastic. What trash doesn't remain on the shoreline or sink into the lake sediment flows through the canals and river systems through the St. Lawrence Seaway and into the Atlantic Ocean."

She adds, "These great lakes are just one example. This level of plastic debris is found all around the world."

Later, Tanya reveals that "About 8 million tons of plastic is dumped into the world's oceans every year. More than 50 percent of marine debris, including plastic, sinks to the bottom of the ocean."

In fact, according to the film, 70% of all ocean plastic sinks.

The scientists in the documentary commissioned a small, remotely-operated vehicle (ROV) to travel over a mile and a half down to the ocean's deep trenches. 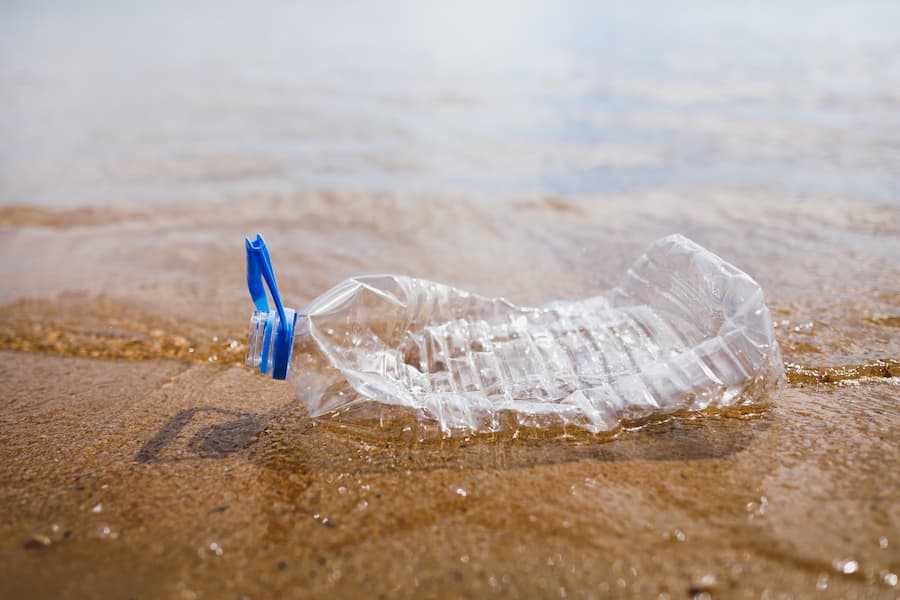 It is stated by the film that "In the Western Mediterranean, recent findings show a 1-to-2 ratio of plastic to plankton."

This is devastating to the marine food chain. Plankton is eaten by small fish, which bigger fish or large animals then eat. However, the small fish will swallow small pieces of plastic instead of their usual diet.

The film reveals that "In some places, there is more plastic than plankton... and that plastic is being eaten by marine life." 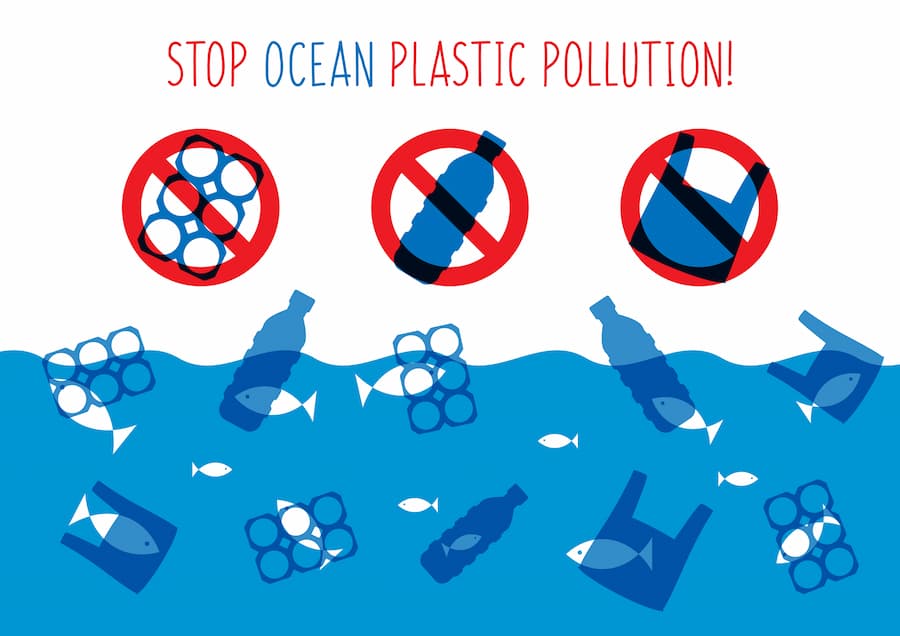 Tanya explains that "Our oceans are driven by five major circular currents, or 'gyres.' These are created by the earth's rotation and the resulting predominant winds. Each continent is affected by these massive systems. They collect waste flowing from our rivers and coastlines, and over time, anything floating within the gyre will eventually move towards the center of the gyre."

There is a story about a vast floating island of plastic garbage estimated to be twice the size of Texas, known as the Great Pacific Garbage Patch.

The documentary informs that scientists estimate that there are more than 5 trillion pieces of plastic afloat in our oceans worldwide.

Craig states that "There is no 'floating island' of plastic. What exists is far more insidious. What exists is a kind of 'plastic smog.' These tiny pieces of plastic that are floating on the surface of the ocean come from larger pieces. Over time, the sun's ultraviolet light, ocean wave action, and salt, break it up into smaller pieces called 'microplastics.'"

The film states: "Microbeads used in facial scrubs, toothpaste and cosmetics are a significant source of ocean microplastics. Their use must be stopped worldwide."

The documentary reports that "The North Atlantic has an estimated 3,440 metric tons of just microplastics."

In the movie, it is said that microplastics absorb chemicals that are free-floating in the ocean. Hence, when the fish eat the plastics, the toxins build up in the fish. 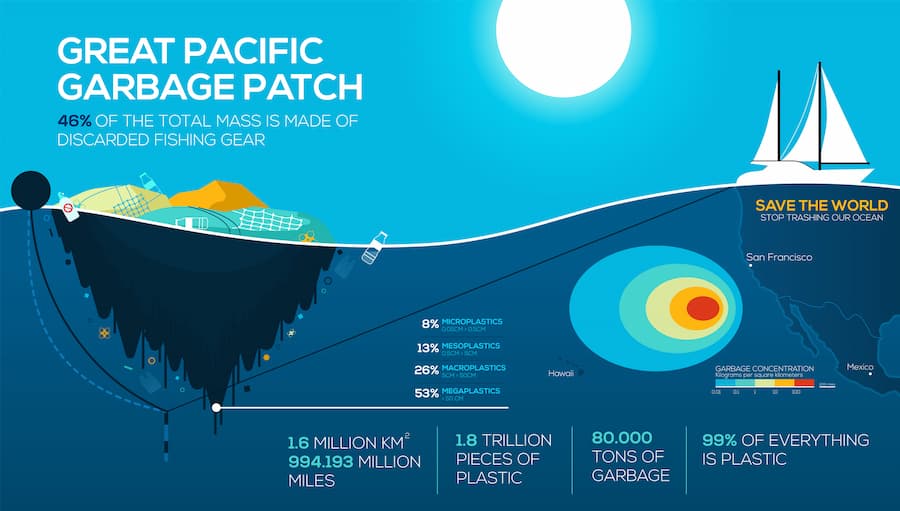 The film shows a startling phenomenon: A lot of fish meant for consumption that was examined was found to have plastic in them.

The film shows that "The ocean is the world's largest source of protein."

In fact, "More than 2.6 billion people depend on the ocean for their primary source of protein."

Unfortunately, in the 2016 documentary it says, "By 2025, 10 times more plastic each year is estimated to be dumped into our oceans."

Craig states that garbage thrown away in the United States can make its way to Antarctica.

The documentary "A Plastic Ocean" shows footage of how much plastic is inside the guts of birds.

The film states that "An estimated 90% of all seabirds have swallowed plastic at some time in their lives."

The documentary states: "Worldwide, we use an estimated 1 trillion plastic bags each year - nearly 2 million a minute - with the use time of a typical bag just 12 minutes."

Unfortunately, a lot of sea turtles ingest plastic because they mistake them for jellyfish. 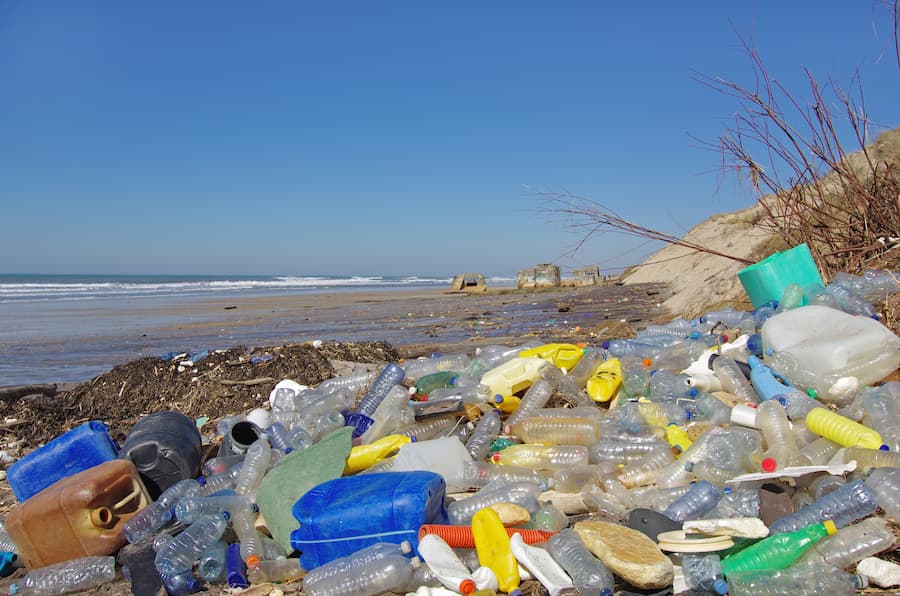 Tanya later says, "An increasing number of dolphins and turtles in the Mediterranean are turning up dead."

Tanya also conveys that "When animals eat plastic, they're also consuming the toxins attached to the plastic. Toxins pass into the bloodstream. There, they bio-accumulate in the fatty tissue and around the vital organs. When animals use the stored fat, the toxins circulate around the body, interfering with reproduction, metabolism, growth, kidney and liver function."

It is crucial to understand that we humans are on the top of the food chain, and hence we consume these toxins as well. 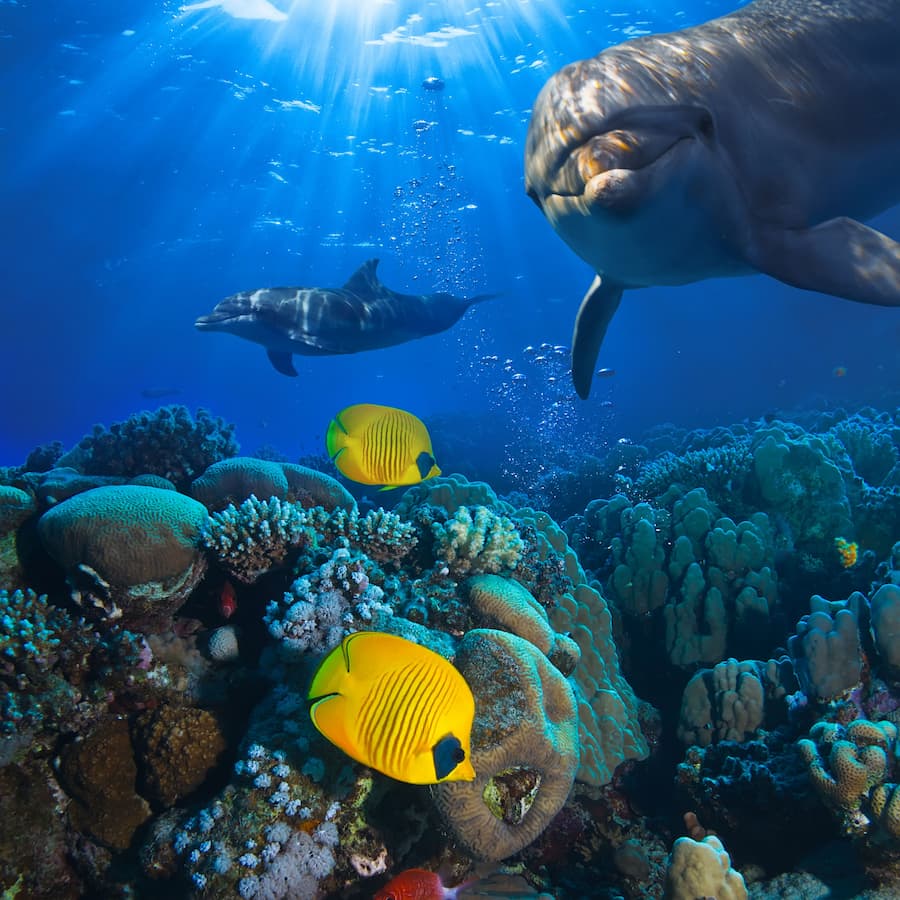 The film mentions bioremediation and phytoremediation. It gives their definitions:

Craig discusses the use of pyrogenesis, a green technology to deal with waste.

Pyrogenesis: The destruction of combustible waste through use of a plasma torch.

This plasma torch changes the molecular structure of whatever is put into it and then transforms it back to its core elements. Craig states that this has no detrimental effect on the environment. Also, it runs off its own energy and is affordable. 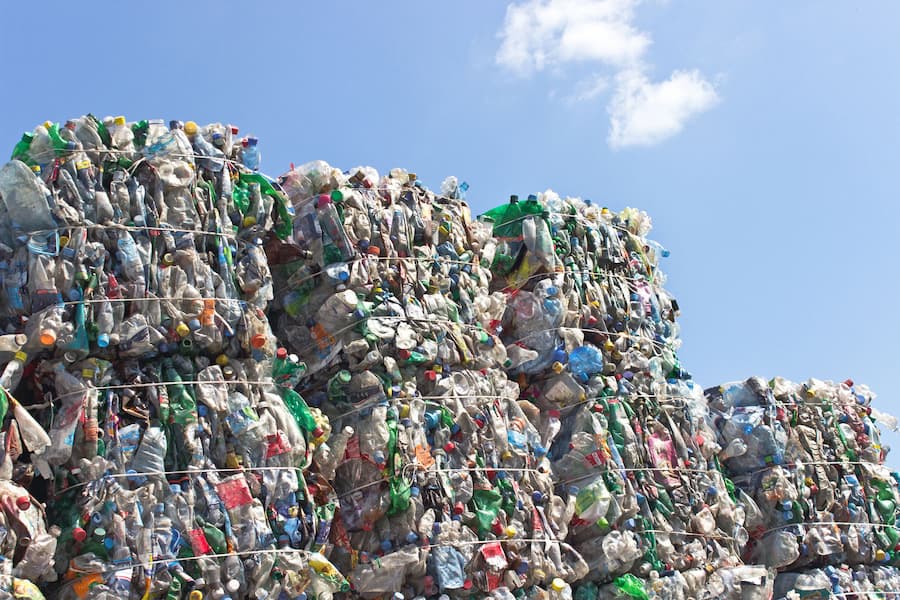 Other Dangers of Plastic

Dr. George Bittner, professor of neurobiology at the University of Texas, Austin, says, "A lot of plastics, perhaps the great majority, probably, release chemicals that have estrogenic activity."

Tanya states, "Estrogenic activity, or 'E.A.' happens when a chemical like BPA or phthalate leaches from plastic and enters the body where it mimics the hormone estrogen. 92.6 percent of Americans age six and older have detectible levels of BPA in their bodies. The levels in children between six and 11 years of age are twice as high as those in older Americans."

Dr. George Bittner adds that "Over 90 percent of all plastics that don't have BPA, nonetheless, release chemicals having estrogenic activity." 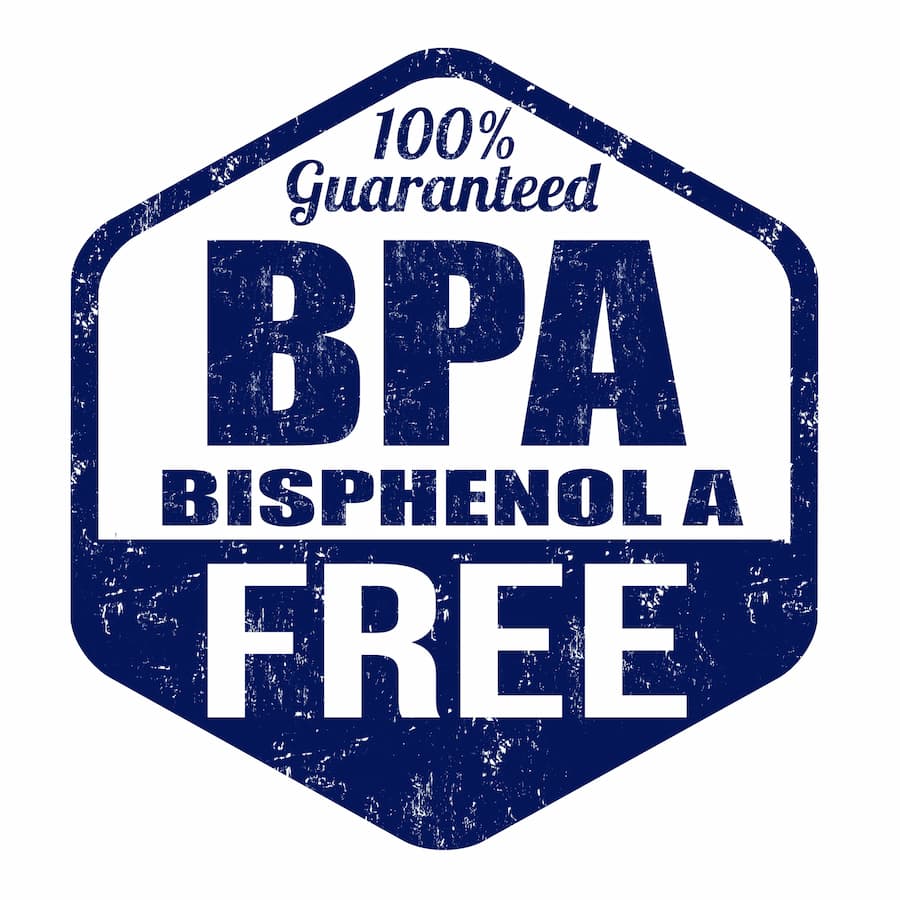 Also, the film informs that "Americans discard about 34 million tons of plastic each year. Only 7 percent of this is recycled."

Craig says that "In 1991, Germany became the first country in the world to pass packaging laws forcing plastic manufacturers to be responsible for the recycling or disposal of any packaging material they sell. The industry set up a company to oversee plastic waste collection recognized by the green dot."

Tanya says that "We will all be better off if less plastic is manufactured in the first place. Scientists are already calling for governments to reclassify plastic as a hazardous substance. Because then, existing laws about hazardous substances will already be in effect."

She adds, "Plastic bags and water bottles are the worst single-use offenders. What if we ban them outright to stop that vicious cycle? Rwanda is one of the very few countries that has banned plastic bags."

When discussing a recycling facility, Craig says "Once sorted, recycled plastics are brought into factories like this where they can become part of a circular economy, cleaned of labels and processed into newborn nurdles, ready to be sold once again."

The movie mentions that recycled plastic can be used in "closed loop," meaning they go back to the same products or they can be used in other types of products.

A founder of the Plastic Bank states, "Through the Plastic Bank, we make plastic waste a currency, so that people in developing countries can earn an income while preventing plastic from entering the ocean."

Also, Plasticenergy (formerly Cynar) transforms plastic waste into fuel. They used a heating process called pyrolysis - the application of heat to chemical compounds like plastic to cause decomposition.

The film shows that "In the US only 8% of plastic waste is combusted in waste-to-energy facilities." 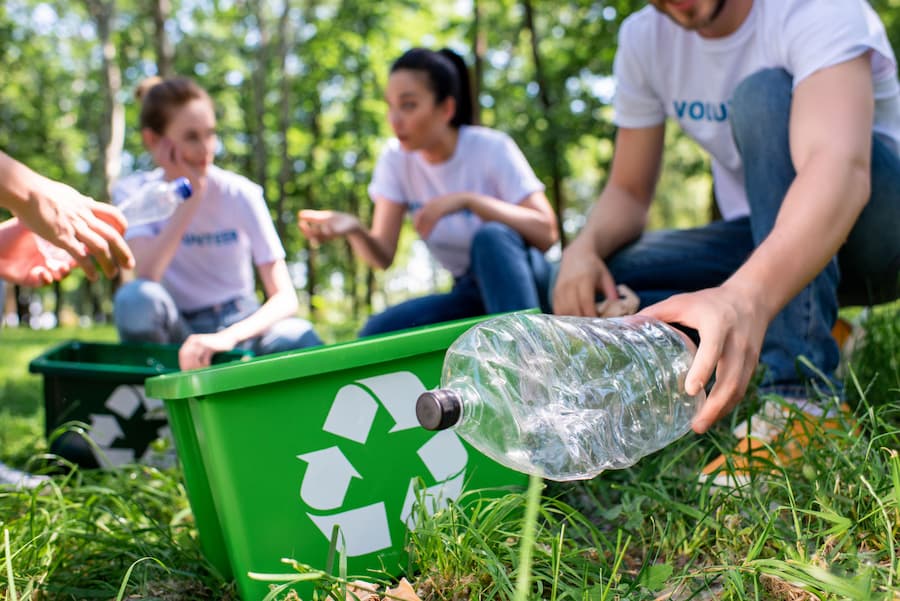 If you enjoy this film, please consider watching the other films that I recommend.

Also, remember that "A Plastic Ocean" was executively produced by Leonardo DiCaprio. He also was involved in other projects such as: 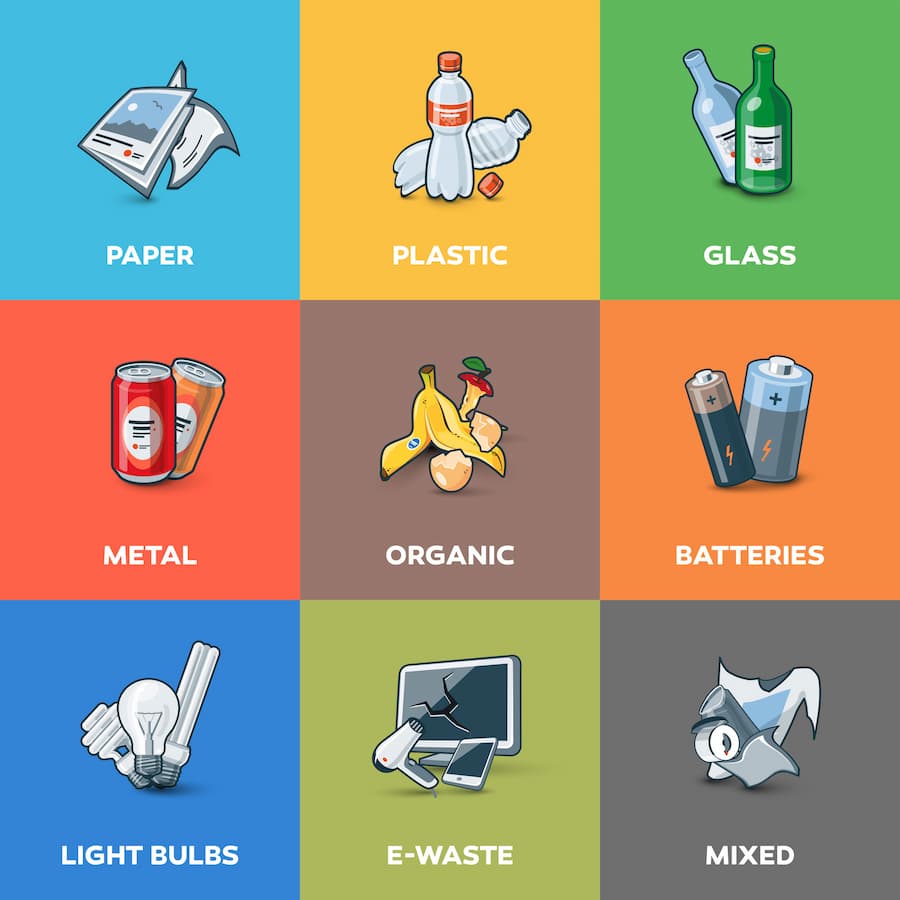